Outgoing eMedia boss Andre van der Veen on Openview's new TV news channel, Open News: 'News today is too careful. Your challenge is going to be to push the boundaries.' 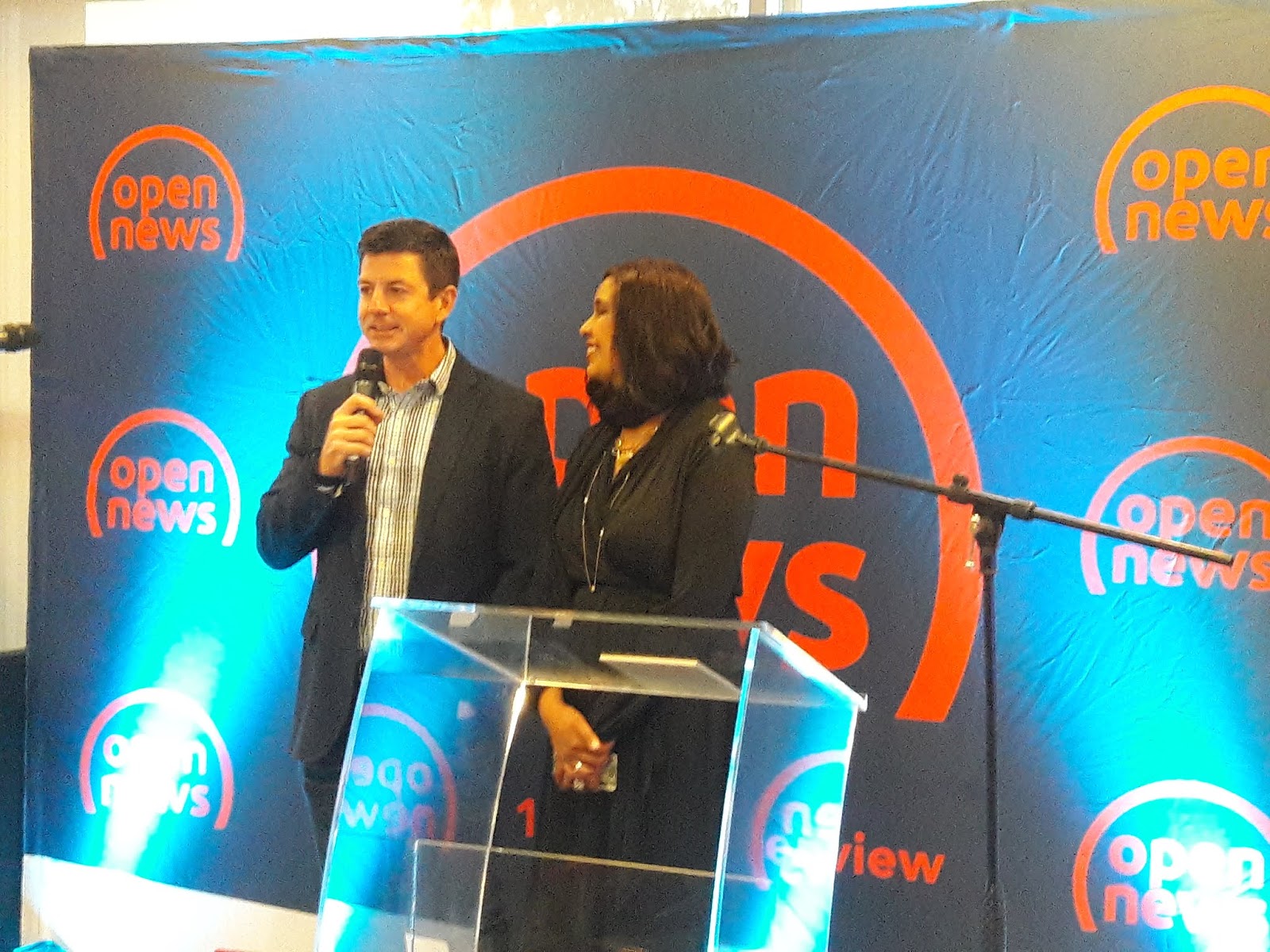 The outgoing eMedia Investments boss, Andre van der Veen, says the new South African TV news channel Open News launching 1 November at 17:00 on the Openview satellite TV platform will have to ruffle feathers, will have to push the boundaries and will not just bring viewers the news but also opinion.

"The one thing which was missing for a long time on Openview was news," Andre van der Veen, the outgoing eMedia Holdings CEO, said at the official launch event of the new free-to-air TV news channel launch today.

"So when we sat down and talked about the future of the business, the one thing we realised was that what we needed to do was establish a news channel."

"The brief to Nisa Allie, Open News managing director, was firstly, don't be scared to venture an opinion. News today is too careful. And I said to Nisa: 'You need to say on the channel what we all think in our minds".

"The job of Open News firstly is to express what we think, what we want to say," said Andre van der Veen.

"We live in an era of political correctness. Sometimes we have to be brave. You have to push the boundaries. And by pushing the boundaries, you engage with the audience."

"Nisa and the team really took that brief and pushed it to the limit. Your challenge is going to be to stay on brief, because you are going to face criticism. And in an era of political correctness, it's very easy to criticise. It's very easy to say that's inappropriate or it's wrong."

"But you need to stand up and you need to life by those principles, and it's important that you surround yourself with people who will give you honest advice. We all make mistakes, or venture too far but what will make a difference for Open News will be to push the boundaries. And that's the job of you and your team."

"Open News cannot look the same, it cannot be the same because there's a lot of news out there. The success of Open News is going to be your ability to push the boundaries," said Andre van der Veen.

"I'm very proud as the head of eMedia to see what we've been able to do in the news landscape, whether it's what Nisa Allie is going to do at Open News, Mapi Mhlangu running eNCA, what Sally Burdett does at eNews, what we do on eNuus on kykNET (DStv 144) and Nuusdag on eExtra (Openview 105 / DStv 195 / StarSat 489). We've made news part of our DNA."

"Because we've made news part of our DNA, we've made our DNA part of South Africa. And the role we play in South Africa is a role which cannot be ignored and understated. You've got a responsibility in what you do in society."