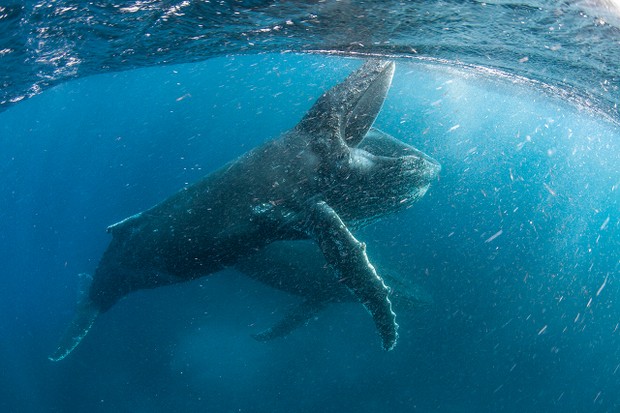 Netflix is doing an 8-episode natural history documentary series entitled, Our Planet, with Sir David Attenborough (92) who will be serving as the narrator.

David Attenborough's latest natural history series, the 5-episode Dynasties, that starts this Sunday on the BBC in the United Kingdom, will kick off on BBC Earth (DStv 184) in South Africa on Sunday 18 November at 16:00 and is currently streaming on MultiChoice's DStv Now.

Our Planet is produced by Silverback Films that is run by Alastair Fothergill who created Blue Planet and Planet Earth for the BBC.

Our Planet, produced in conjunction with the WWF conservation group, will launch on Netflix on 5 April 2019 and will showcase Earth's most precious species and fragile habitats, revealing the planet as filmed using 4K-cameras, ranging from Africa and the jungles of South America, to the Arctic wilderness and the oceans.

Our Planet was filmed in 50 countries, using 600 crew members over the past four years.

"Our Planet will take viewers on a spectacular journey of discovery showcasing the beauty and fragility of our natural world. Today we have become the greatest threat to the health of our home but there's still time for us to address the challenges we've created, if we act now," says David Attenborough.

"We need the world to pay attention. Our Planet brings together some of the world's best filmmakers and conservationists and I'm delighted to help bring this important story to millions of people worldwide."

Alastair Fothergill says "Our Planet is our most ambitious endeavour to date, we hope it will inspire and delight hundreds of millions of people across the world so they can understand our planet, and the environmental threat it faces, as never before".

"The crew have ventured to all corners of the globe to capture breath-taking natural history sequences and using the latest filming technology to bring these never-filmed-before moments into people's homes."

"By launching on Netflix at the same time all over the world, this series will enable people to connect to and understand the shared responsibility we all have. We are genuinely all in this together."

Colin Butfield, WWF UK executive director, who is one of the Our Planet executive producers, says "We're the first generation to know the full impact of what we're doing to our planet, and the last that has the chance to do anything about it".

"I've never seen a natural history series that combines real stuff you've never seen before but that always has a really, really great narrative in each episode".

"It's not at all preachy, it's spectacular mass public entertainment, but by the end you are absolutely aware of the challenge of climate change and overfishing and deforestation."

Lisa Nishimura, vice-president of Netflix original documentaries, says "Our Planet is a phenomenal achievement by Alastair Fothergill, Keith Scholey and all at Silverback Productions, and a spectacular voyage of discovery around the world".

"We are delighted that Sir David Attenborough will voice the series and that Netflix, as a global platform, is able to bring this vital and magical series to an audience of over 190 countries worldwide next year."