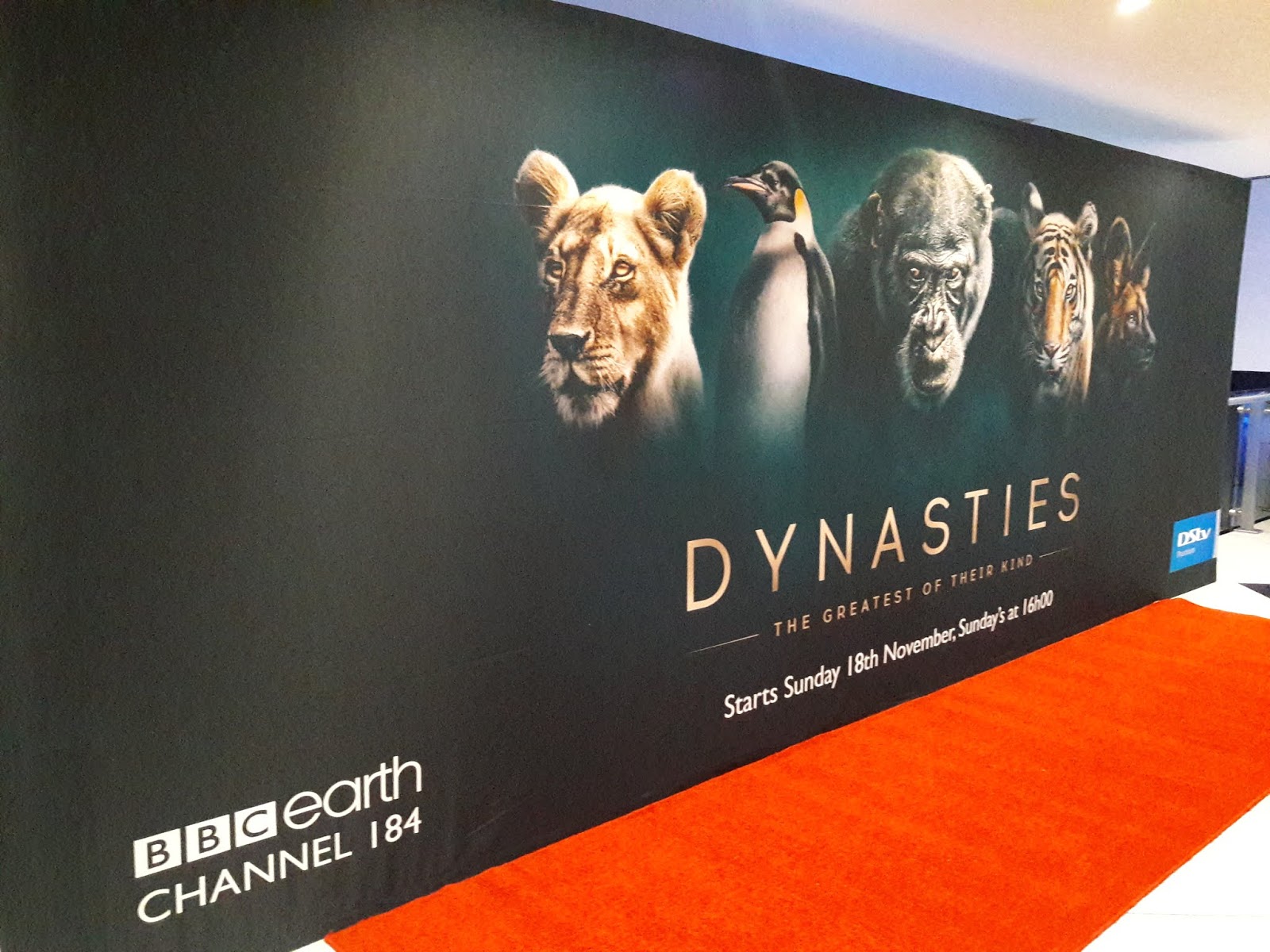 The Dynasties media launch included a roundtable interview session on Thursday afternoon with one of the producer/directors, Rose Thomas, and a press screening at the IMAX cinema at the Mall of Africa in Midrand, Johannesburg, on Thursday evening.

The afternoon kicked off with a press gaggle doing a Q&A with Rose Thomas, who jetted to South Africa and who was the director and producer of the first of the five episodes of Dynasties, entitled "Chimpanzee", and that was filmed in south-east Senegal in West Africa. 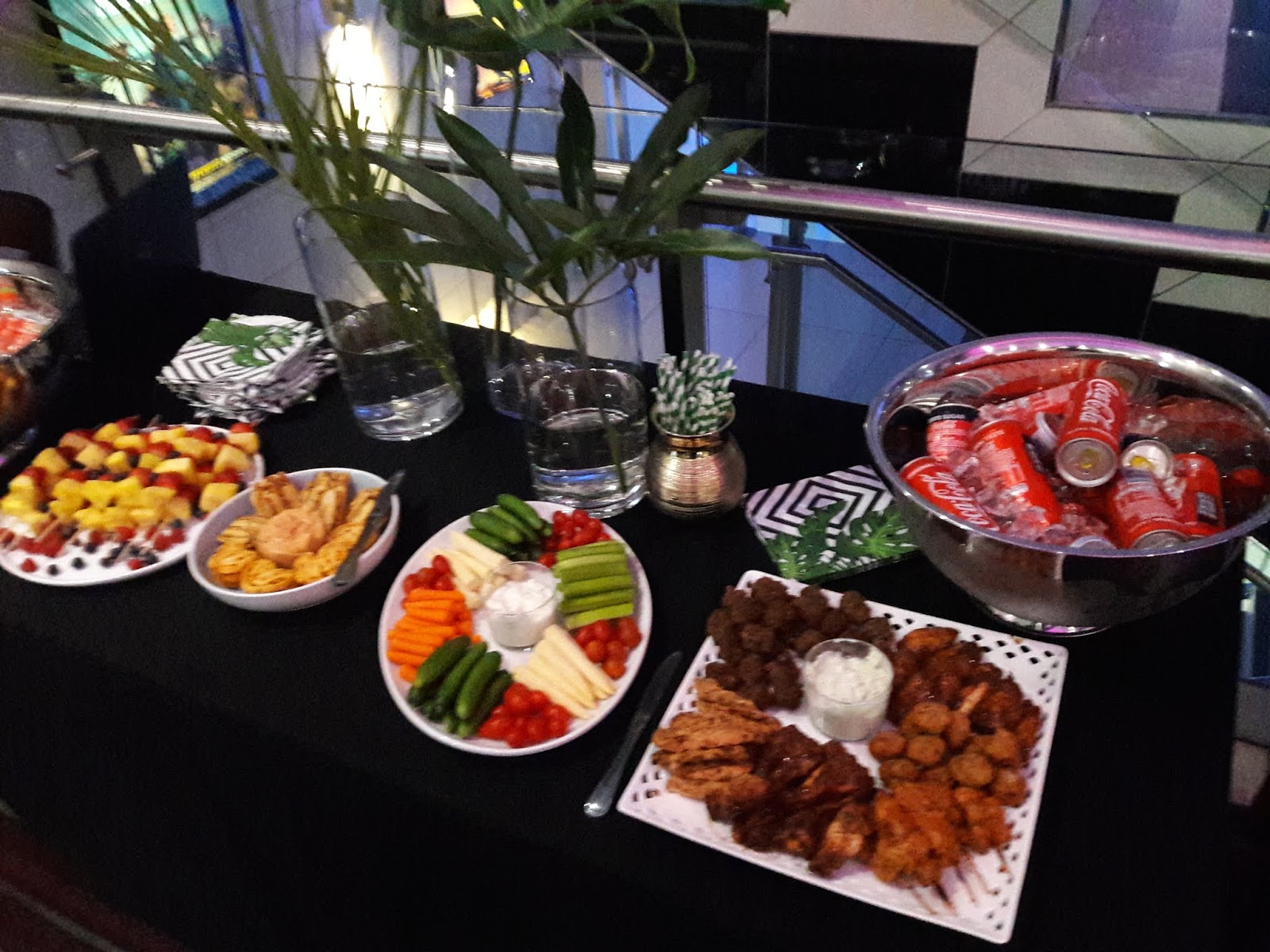 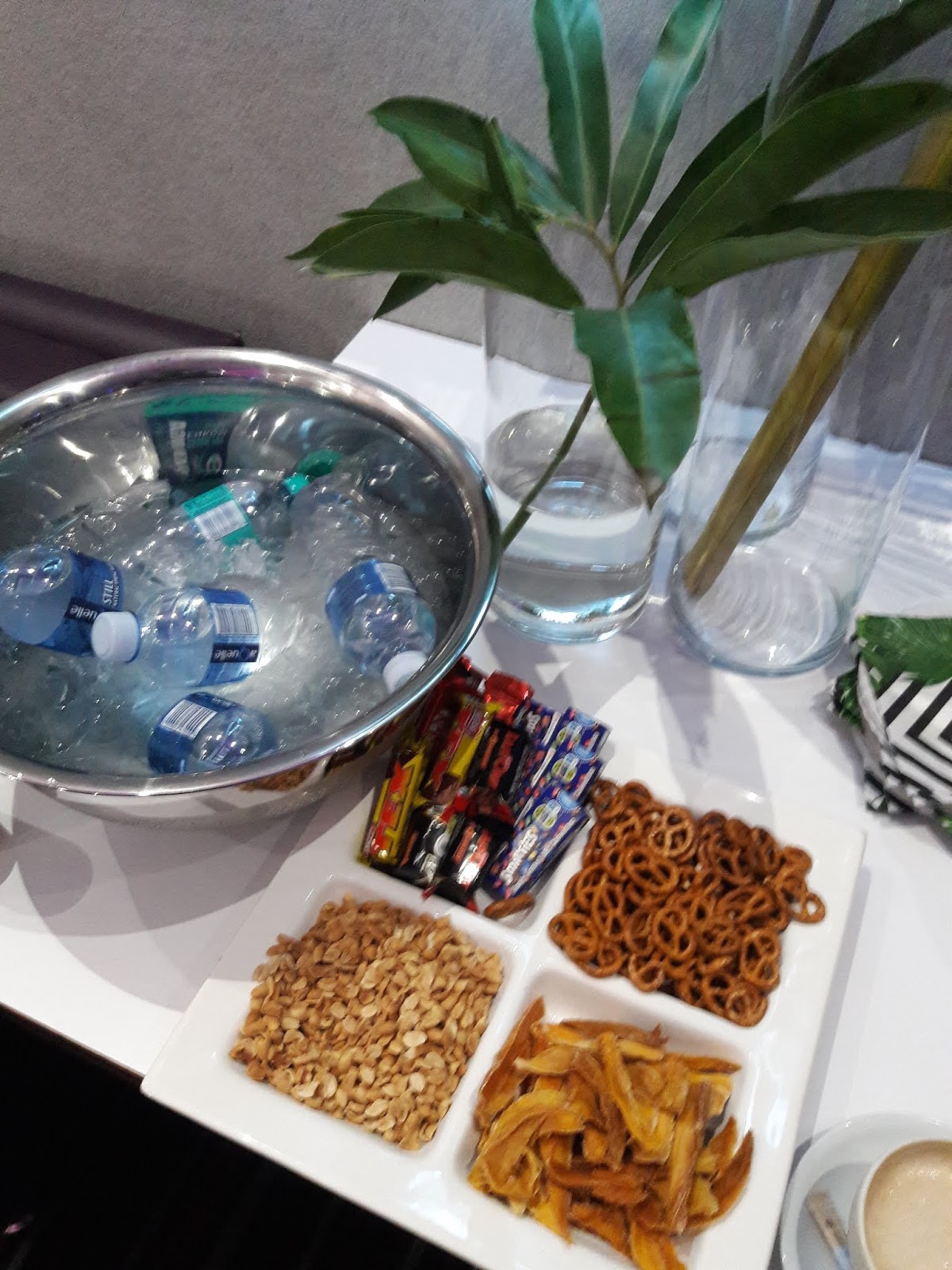 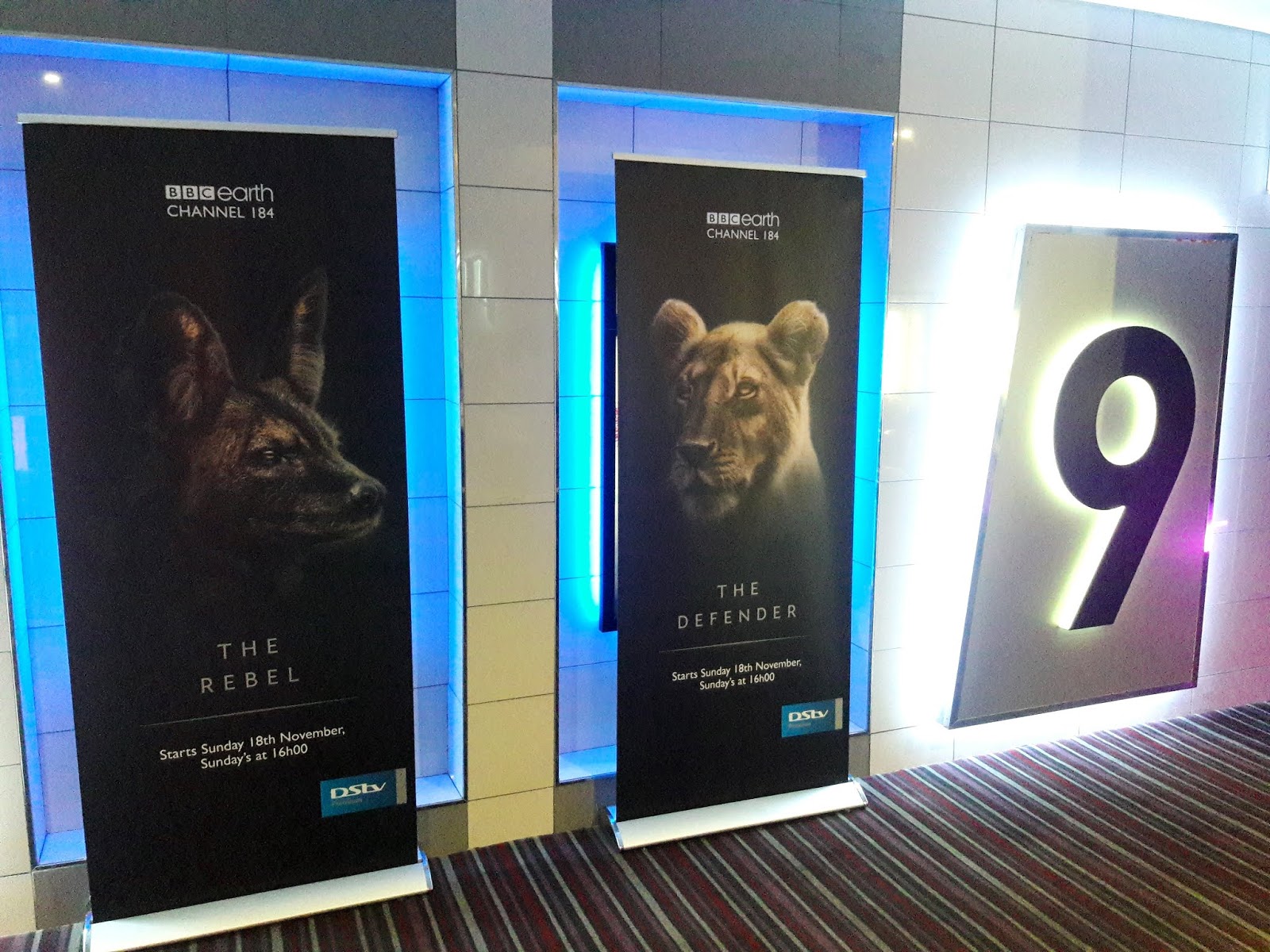 The poor Rose is clearly adept at working with animals and being comfortable among them in close proximity in their natural habitat. She diplomatically fielded questions from the diverse media, ranging from climate change to "what do you love about the series?".

Besides the press and celebrities, BBC Africa executives, viewers and fans (several with kids!) showed up for the big-screen press preview of the first episode, that - of course - turned out to be very emotional.

The BBC gave guests drinks and popcorn in Dynasties branded containers, and there were additional lovely snacks with paper straws and paper cups, as well as champagne.

Too dark to photograph (except for one photo) - but lovely, inventive, playful and perfectly scene and theme setting - is how the BBC transformed that dark walk-in corridor leading into the IMAX cinema.

The hallway before you get to your seat was filled plants and an abundance of foliage, little lights and speakers pumping out jungle noises.

Everybody grabbed their snacks and then walked down this Dynasties "jungle tunnel" that felt similar as when you're going through or walking down the queue of an animal theme park "ride" to get to your seat. It was very well done.

I literally and shamelessly walked down this "jungle path" with popcorn, Coca-Cola and a glass of champagne, going to TV safari.

(Keep in mind that the IMAX didn't shut down. It remained a working, commercial space. Afterwards staffers and workers jumped to clean the cinema interior very quickly as guests left, with throngs of people already lined up outside and waiting to enter for their paid-for movie.)

After the screening of the first episode, Joel Churcher, vice-president and general manager of BBC Studios for Africa, talked to Rose Thomas and asked her some questions, as she also took several questions from the extremely interested in-cinema audience with the help of roving mics.

The first episode of Dynasties with Sir David Attenborough as narrator will be on BBC Earth but also be shown on the same time on MultiChoice's DStv on BBC Brit (DStv 120) and BBC Lifestyle (DStv 174) this Sunday at 16:00. 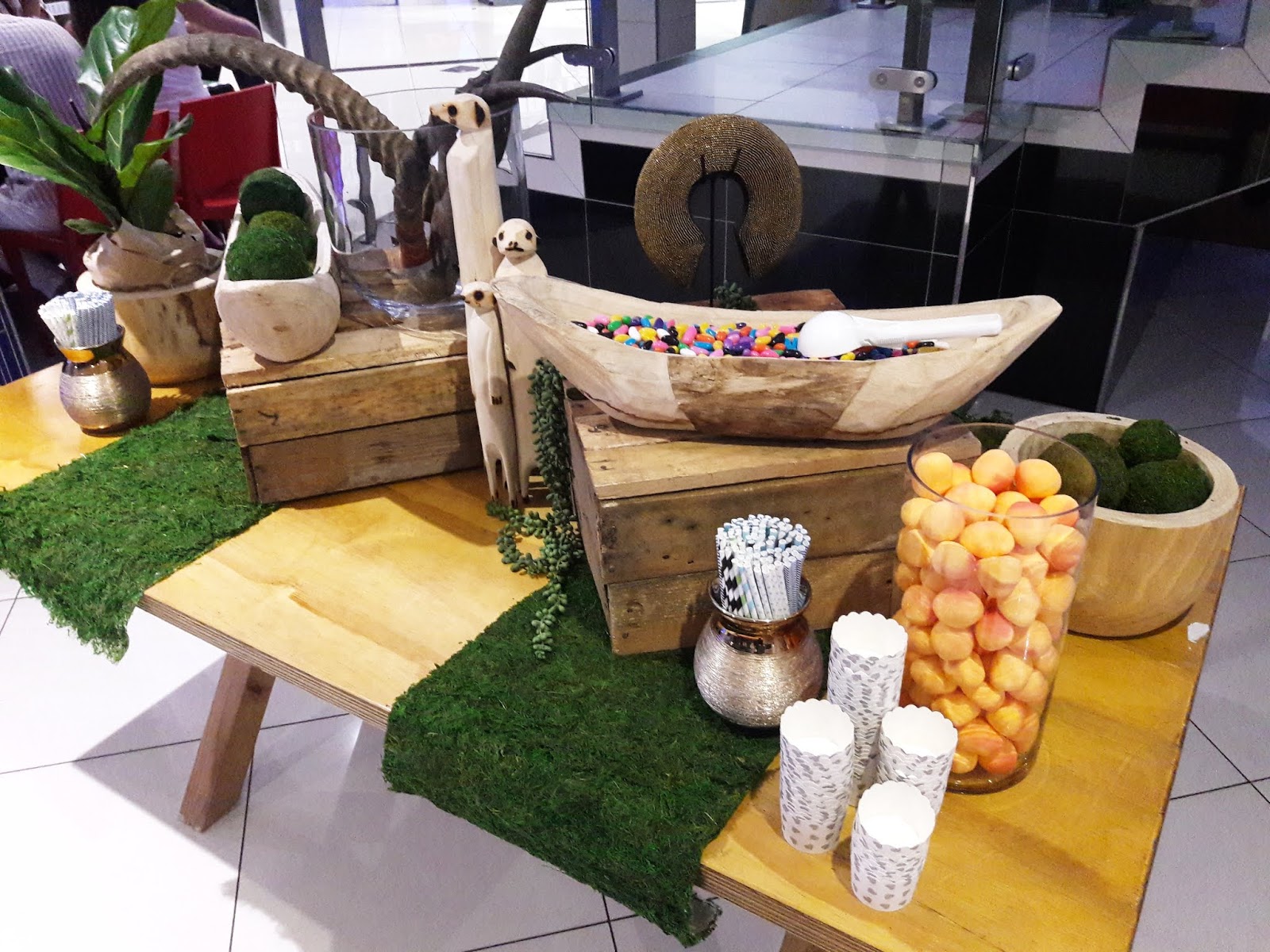 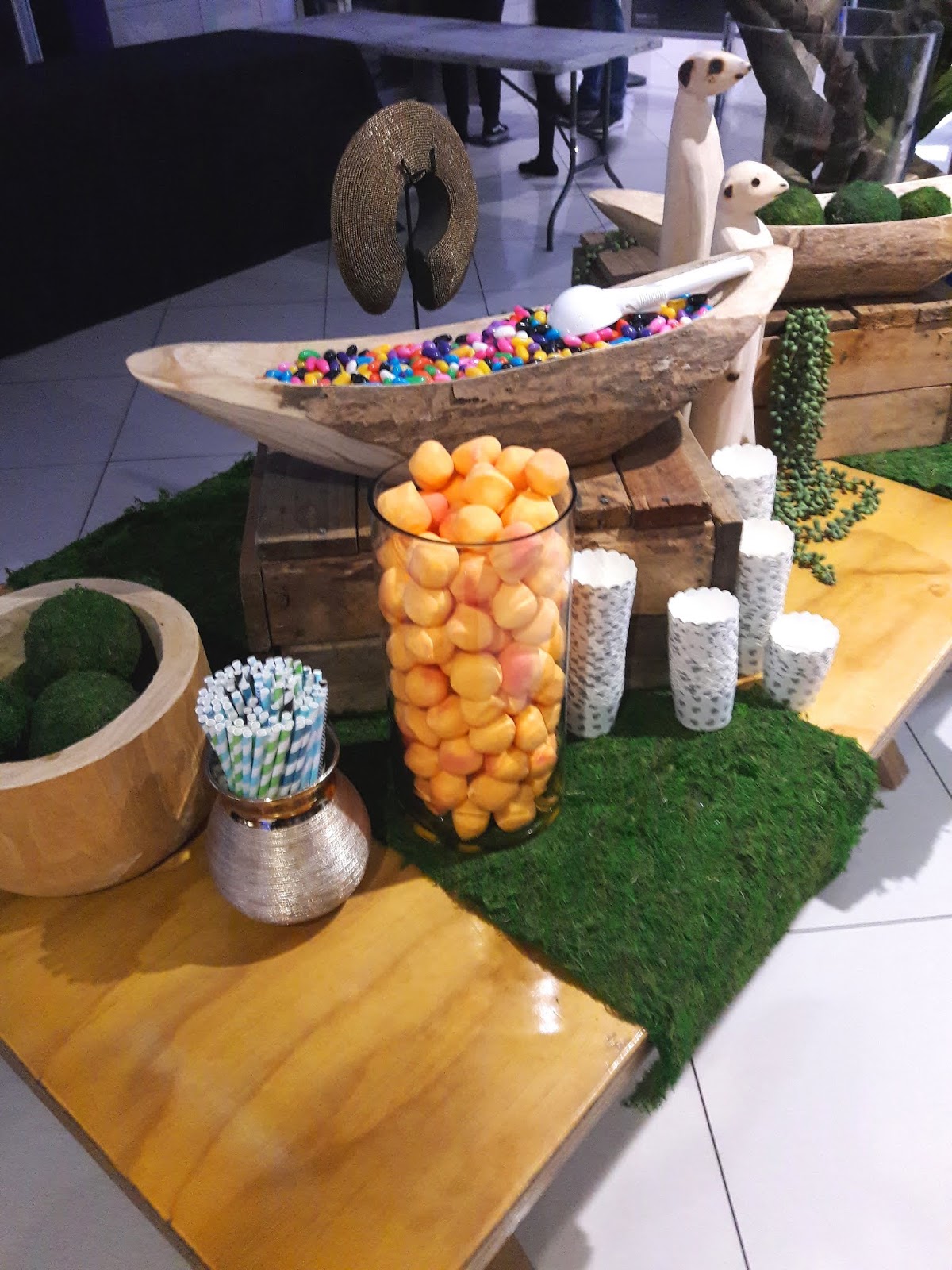 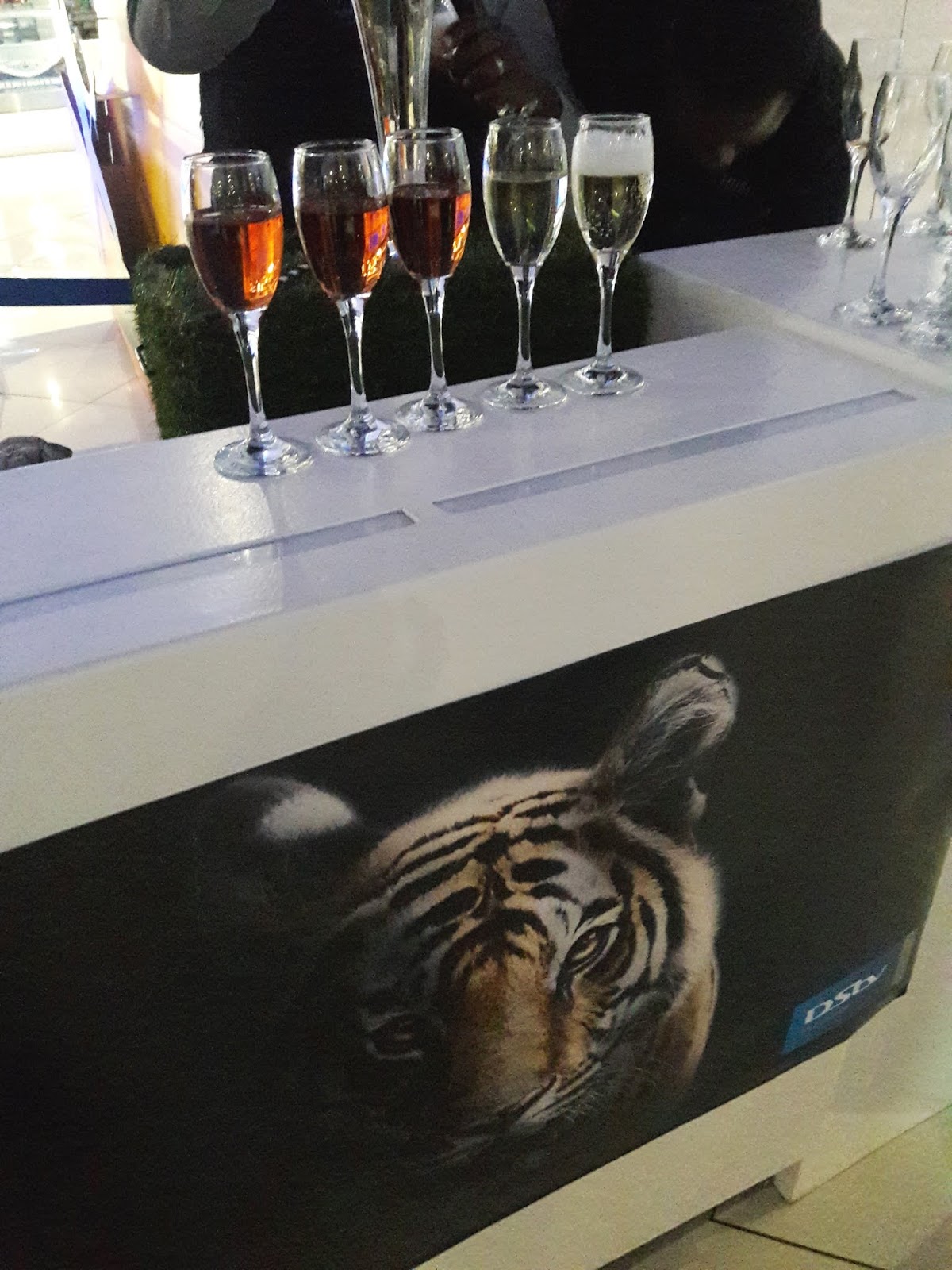 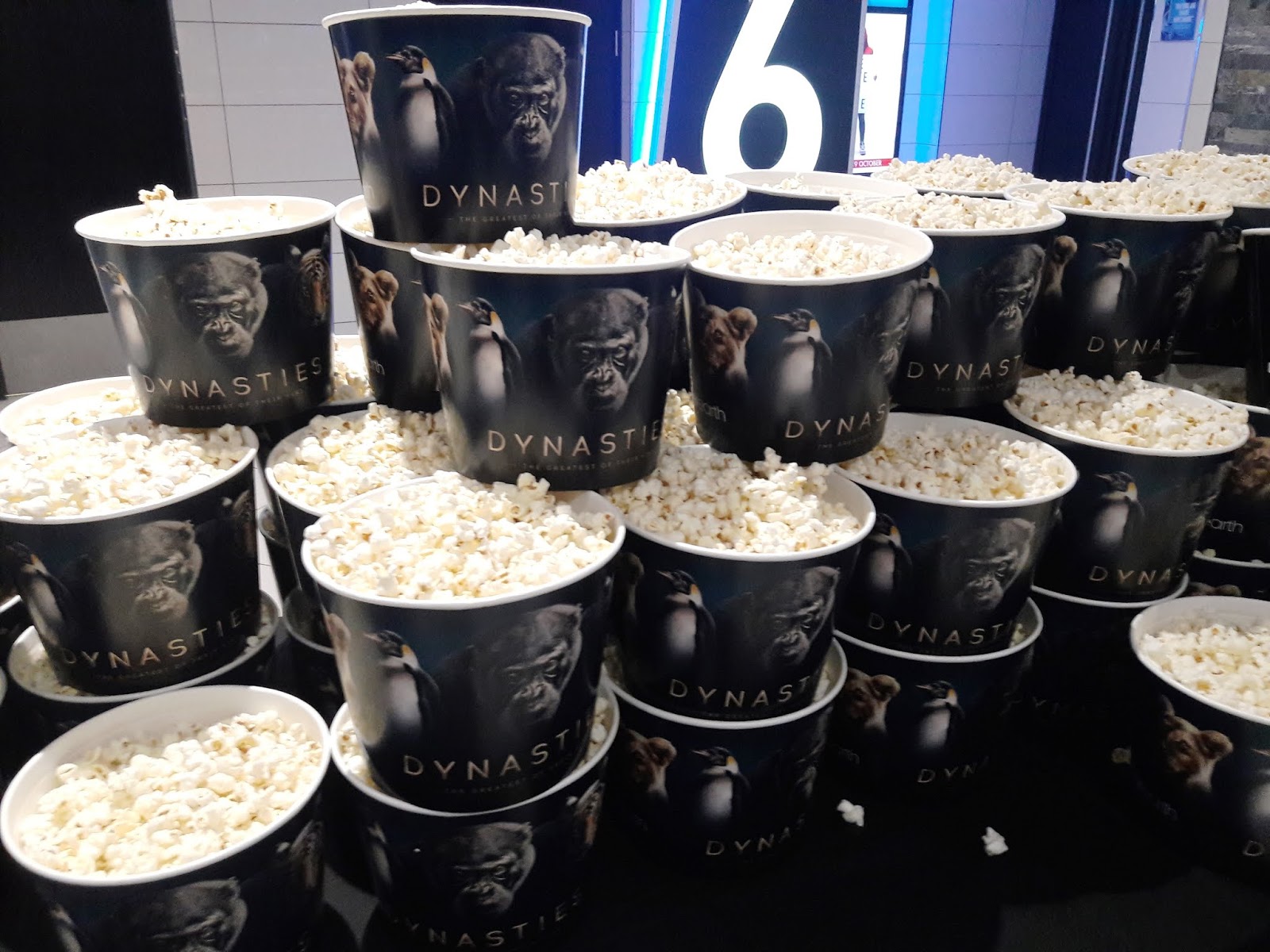 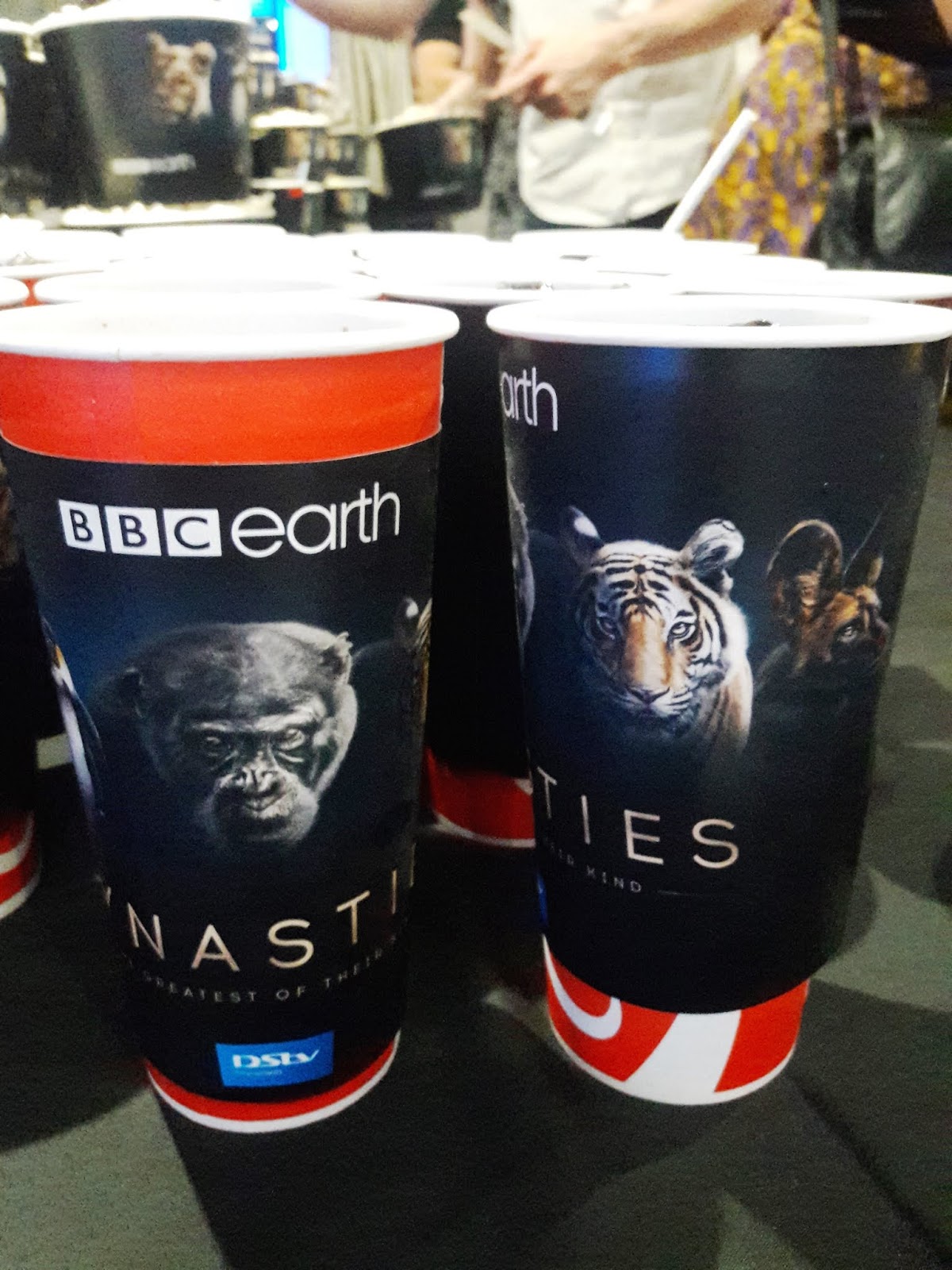 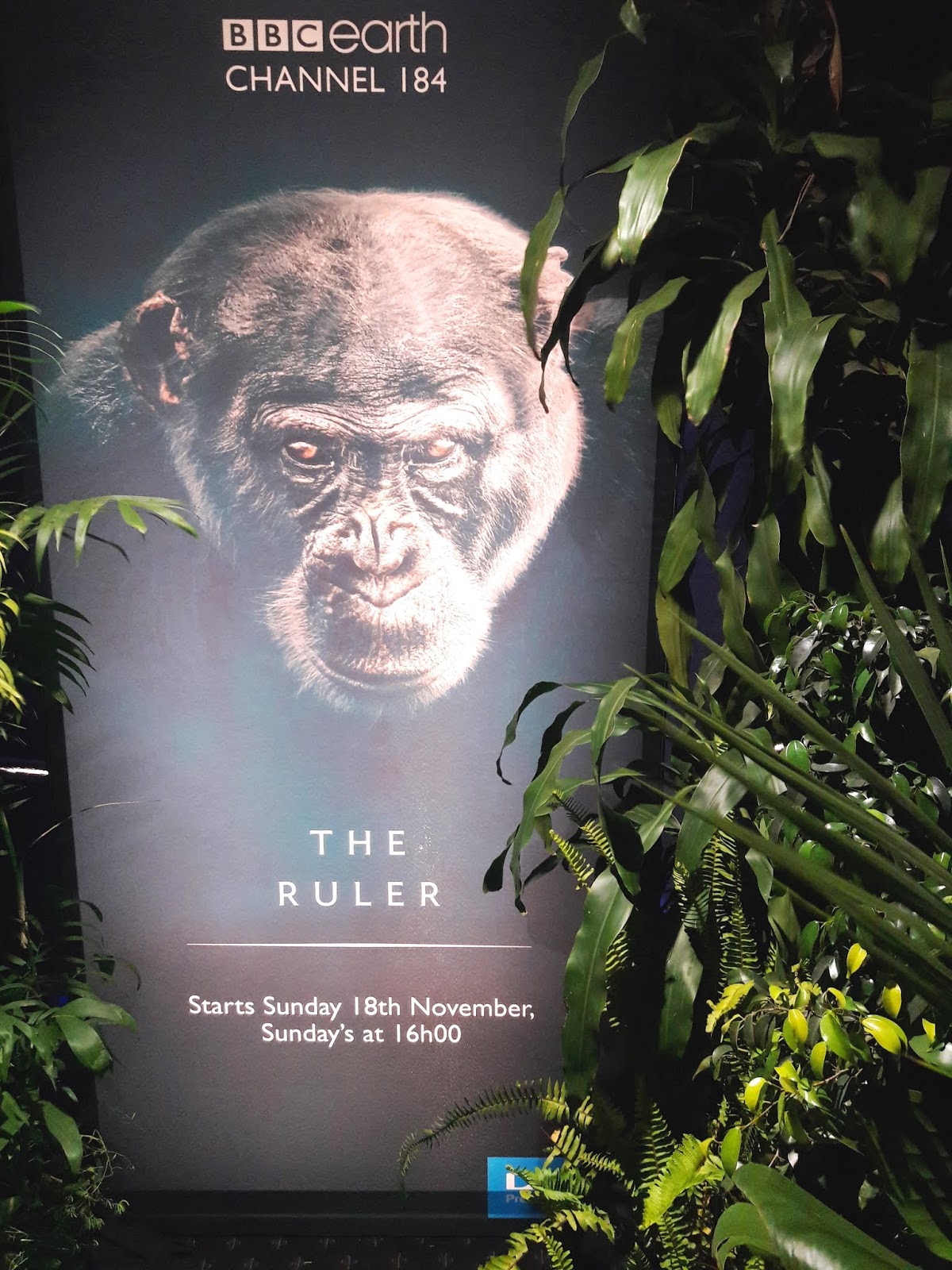 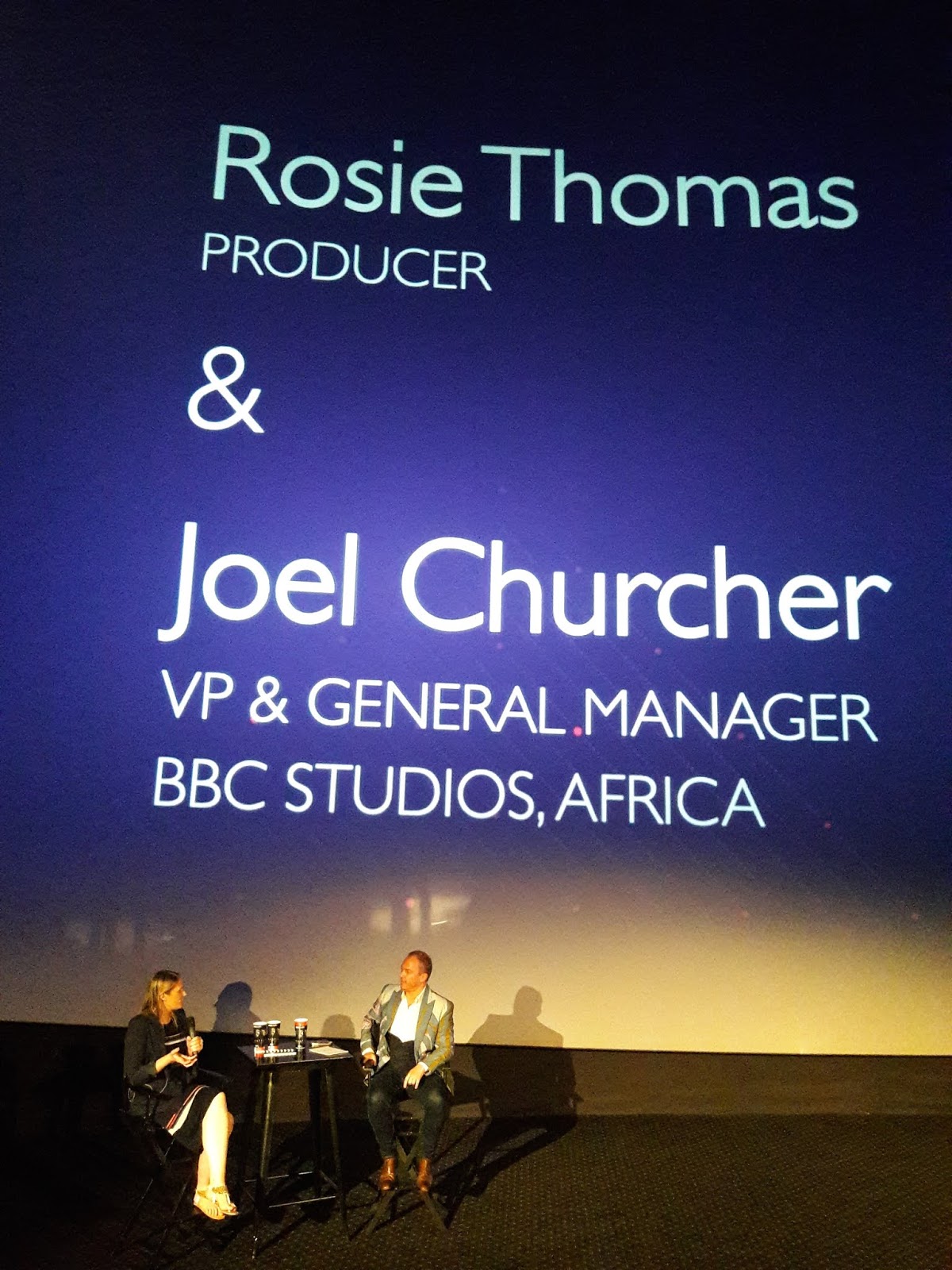 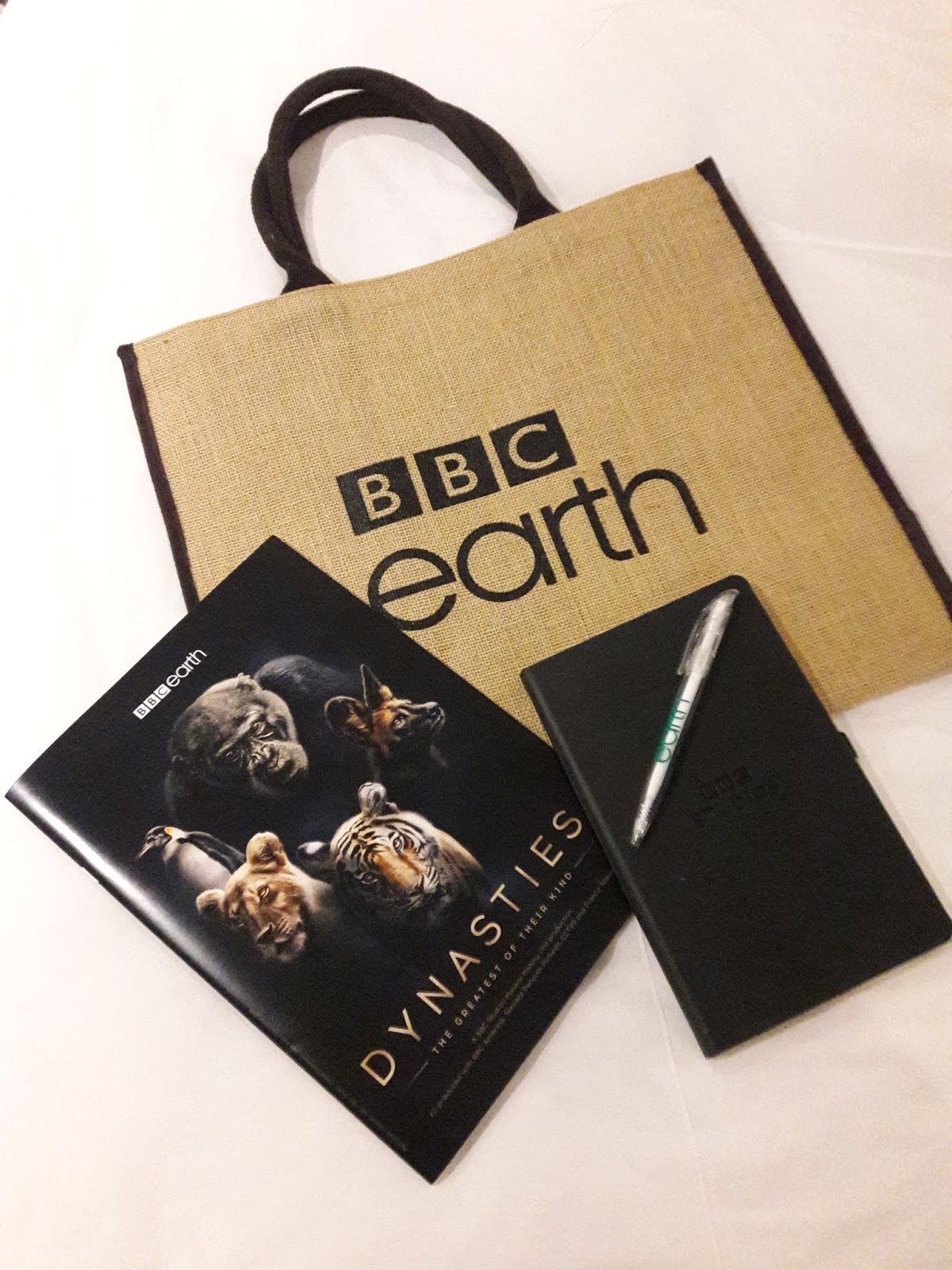 ALSO READ: 5 animals fight for survival in BBC Studios' 'cinematic, unpredictable and compelling' new natural history series Dynasties starting Sunday on BBC Earth.
ALSO READ: 'Sir David Attenborough said he though we were mad': Here are 5 things about BBC Studios' beautiful new natural history series, Dynasties, you want to know.
ALSO READ: INTERVIEW. 'We had an idea of what might happen. What actually did happen ... ' Rose Thomas, producer and director of the Dynasties chimpanzee episode, talks about her experience making the new BBC Studios 'Game of Thrones'-like natural history series.
ALSO READ: TV REVIEW. Dynasties on BBC Earth with Sir David Attenborough is agonising, haunting - and painfully beautiful.
ALSO READ: The producer answers your burning questions about what you saw in in the first episode of BBC Earth’s Dynasties, and what happened to David the chimpanzee.
on 9:32:00 PM