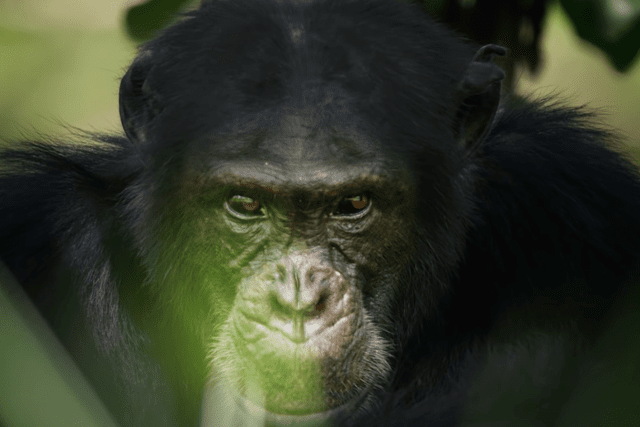 BBC Studios' "cinematic, unpredictable and compelling" new natural history series Dynasties starts Sunday on BBC Earth (DStv 184) at 16:00, offering an arresting glimpse into the lives of 5 different animals - a chimpanzee, penguin, lion, painted wolf and a tiger - each locked in a dramatic fight for survival.

Made by the world renowned and multi-award winning BBC Studios Natural History Unit and narrated by Sir David Attenborough, this cinematic and emotionally charged series is a new kind of natural history event that follows five of the most celebrated and endangered animals on the planet.

Dynasties will take viewers to the frontline of the animal world and show what it really takes to survive, thrive and truly be the greatest of their kind.

"Dynasties follows the lives of animals in detail, each fighting for survival and the future of their lineage. These are some of the most dramatic scenes you'll ever see," said Joel Churcher, vice-president and general manager of BBC Studios for Africa.

Joel Churcher spoke on Wednesday evening before the BBC Studios press screening in South Africa of the first episode that took place at the Imax cinema at the Mall of Africa in Midrand, Johannesburg, and where the media, members of the public, advertisers and other guests audibly gasped in surprise and shock at some of the unexpected, emotional and surprising scenes captured in vivid detail in the new documentary series.

"For each episode of Dynasties, the BBC crew spent hundreds of days in iconic locations, home to each of the animals. We join these animals at a critical moment in their lives," said Joel Churcher.

"The first episode follows a chimpanzee leader, David, battling for his position and his live on the each of the Sahara in the Kedougou regions in south-east Senegal in West Africa."

"The series then follows a thousand Emperor penguins gathering on the frozen wastes of the Antarctic in the coldest and cruelest place on Earth; and a powerful lioness in the Kenyan Maasai Mara abandoned by her male protectors leading a family against the greatest dangers of the African savannah."

"On the floodplains of Mana Pools National Park in Northern Zimbabwe there's a feud between a mother and daughter painted wolf threatening the future of one of the last great families of their kind, and in jungles of Bandhavgarh, India there's a tigress attempting to raise a family under the every-growing pressures of rivals and humanity."

"The first episode following David - not named after Sir David Attenborough - and his troop and is a really powerful story."

"It took 309 days to film and started at 04:00 in the morning every day and wrapped up at 19:00 in scorching 40 degrees and the film crew having to walk 24 km every day. The film technique of Dynasties is cinematic, unpredictable and compelling," said Joel Churcher.

Rosie Thomas, the producer and director of the first chimpanzee episode was also in attendance on Wednesday evening.

"Filming the chimpanzees for over 300 days out in a remote corner of Senegal, was an experience of a life time," said Rosie Thomas.

"It was tough going, with long days on foot and high heats, but the group took us on an incredible journey of power struggles, friendships and politics, all shot against one of the most unusual landscapes I have ever seen chimps in."

"We worked with a fantastic team of local Senegalese experts, without whom we never would have been able to capture the epic story of David and his group."

ALSO READ: IN PHOTOS. The South African media launch of BBC Studios' amazing new natural history animal series, Dynasties, and IMAX press screening.
ALSO READ: 'Sir David Attenborough said he though we were mad': Here are 5 things about BBC Studios' beautiful new natural history series, Dynasties, you want to know.
ALSO READ: INTERVIEW. 'We had an idea of what might happen. What actually did happen ... ' Rose Thomas, producer and director of the Dynasties chimpanzee episode, talks about her experience making the new BBC Studios 'Game of Thrones'-like natural history series.
ALSO READ: TV REVIEW. Dynasties on BBC Earth with Sir David Attenborough is agonising, haunting - and painfully beautiful.
ALSO READ: The producer answers your burning questions about what you saw in in the first episode of BBC Earth’s Dynasties, and what happened to David the chimpanzee.
on 6:01:00 AM