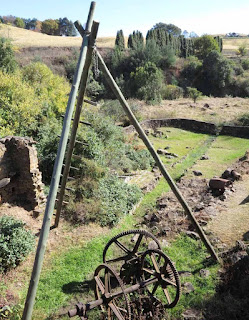 However, according to foreign press reports the drama series that follow the mockumentary Tali's Wedding Diary, will revolve around a murder mystery set an an elite all-girls boarding school.

The Girl from St. Agnes will have 8 hour-long episodes, overseen by producer Harriet Gavshon.

The Girl from St. Agnes will kick off with the body of a girl found at the bottom of an old mill in the KwaZulu-Natal Midlands, with a drama teacher who starts investigating the "accident", thinking that it might be murder.

Showmax has adjusted it spending and is ramping up production of original content as it tries to counter the presence of competitors like Netflix South Africa and Amazon Prime Video.

Showmax recently took over Trevor Noah's South African filmed stand-up comedy series that was originally announced by and intended to be for M-Net (DStv 101) and that was quietly redirected to the streaming service.
on 4:04:00 PM