As OUTtv removes some shows, receives complaints, the gay-focused channel hopes to become a permanent DStv addition as channel boss says everybody needs to have a voice. 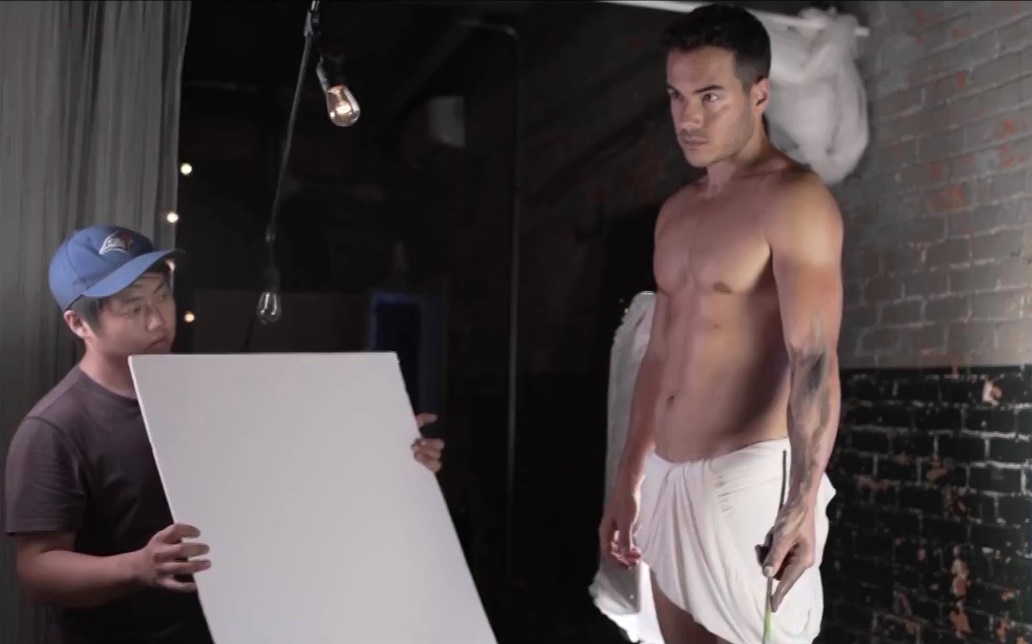 The OUTtv channel on MultiChoice has had to drop some of the gay-focused content on the DStv pop-up channel and got some complaints, but the South African channel boss says he's hopeful that OUTtv could become a permanent pay-TV channel and says everybody needs to have a voice.

OUTtv started on 4 October for DStv Premium and DStv Compact Plus subscribers and will run until 4 November, although some of the content got removed without warning.

These two shows - Naked Attraction and Broke Straight Boys - however got removed from the schedule, leading to DStv subscribers wondering what's happening and why the shows disappeared.

TVwithThinus spoke to Warren Whitcher, the managing director of OUTtv SA about the channel. 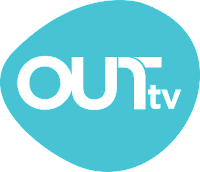 What has been happening with OUTtv SA's schedule since it launched on MultiChoice because DStv subscribers complained and queried after they tuned in to watch and set DStv recordings only to find that shows are gone.
Warren Whitcher: I'm sure you're referring to Friday nights with Naked Attraction and Broke Straight Boys and Popporn.

In regard to the Friday night schedule there was a little bit of an issue with Naked Attraction.

There were one or two BCCSA complaints which was not the most ideal thing for a pop-up channel as well. We tried to get the blurred out file from the distributor, however we can only get it in November which doesn't help us for a November pop-up channel.

So we obviously had to pull Naked Attraction off the schedule until such time as we can get the correct files. So if we hopefully come back as a permanent channel we'll definitely have it back on the schedule, just the correct format.

And what has in general been the feedback about OUTtv on DStv?
Warren Whitcher: It has been immensely positive.

The only thing that's been bothering me is awareness. Not enough people I think know about the channel. We're working very hard over the next 10 days just to create as much awareness as we possibly can. Most of the feedback has been extremely positive.

And how has the interaction with MultiChoice been in terms of getting OUTtv on DStv, and the feedback since it's been running with the operator?
Warren Whitcher: MultiChoice in my opinion has been absolutely fantastic.

They're a very conservative company, so for them to make this step is a huge deal as far as I'm concerned. Aletta Alberts, MultiChoice's general manager for content, and her team have been absolutely supportive in terms of everything we've tried to do, they've given us a lot of guidance when it comes to scheduling, as well as the technical side of things.

They've helped a lot on the positioning and the marketing as well. They've been absolutely amazing. I genuinely can't fault them.

In terms of the OUTtv schedule, what was the intention? Was it to push the envelope a bit or be provocative or just to give a sense of the variety of content available, or both? What was the aim?
Warren Whitcher: So you know what, it's a strange paradigm, given that it's a pop-up channel.

Obviously we know that local content is what engages viewers the most, but you can't invest in local content for a one month pop-up.

So that was one of the strange things that we've had to deal with. So what we did then was we looked at what content worked the best in Canada which is obviously where the OUTtv mother channel comes from, and tried to put as wide a variety of that on as possible on the schedule to see what was going to stick and what was going to work - which has been great.

Surprisingly, if I had to ask you what has been the most watched show, what would you say? ER Vets - the pet programme. So it's these interesting learnings that we've been trying to pick up on the pop-up.

Obviously if we have a permanent channel there's a lot of things we will do differently, we've got a lot better ideas of what works and how we want to position OUTtv for the South African market and we already been working with some South African production companies to flesh out a couple of local content ideas. 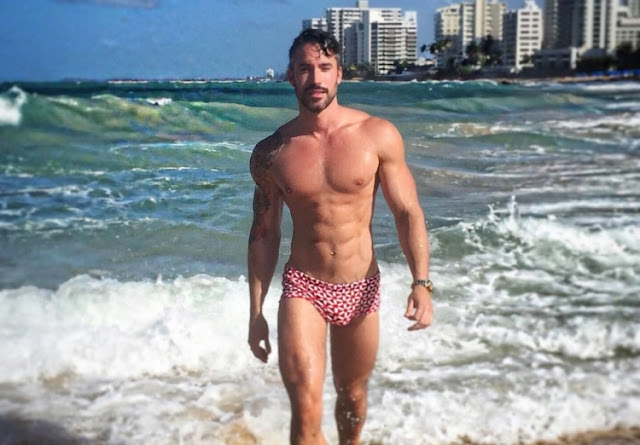 And I wanted to ask in terms of the possibility of OUTtv SA becoming a permanent channel, what are the hopes or possibilities or projections for the future?
Warren Whitcher: Like I've said MultiChoice has been amazing, so they didn't put any kind of conditions on the channel because that was one of our first questions: Guys, give us some performance targets and let us work towards them.

They said it's not to do with performance targets at all, we know that this kind of channel is needed in the South African market, we want to introduce variety, we want to embrace diversity and inclusion, we just want to see what kind of content works. They had to check if there was any potential pushback. It's to see how ready is the market for this type of channel.

I think from the feedback we've received so far it's been very positive. I'm hoping that the conversations we have going forward is going to be positive towards a permanent channel.

Do you think some of the programming like the Naked Attraction or Broke Straight Boys were maybe a bridge too far in hindsight, or don't you see anything wrong with it?
Warren Whitcher: No, no, the amount of feedback we've received saying "why have you taken it off the schedule?" has made it plain as day that the market is ready for it, as far as I'm concerned.

Its just got to be done correctly. We operate in a regulated environment, so things like the "watershed period", the correct parental advisories etc. - that are all really important things, so we've got to get that complete on side.

And then I think that type of programming works really, really well because you have to put push the envelope. I mean you watch a lot of TV, I watch a lot of TV, how many new things do you see on TV that really captures your interest? Not many. 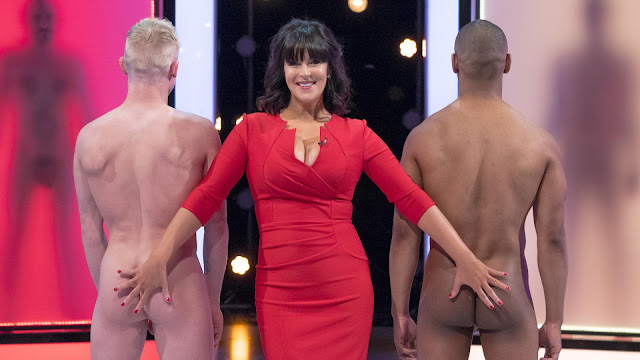 And then why would you say is something like OUTtv as a channel important?
Warren Whitcher: For me it's all about promoting diversity and inclusion. Everybody needs to have a voice and we need a platform.

If we have a strong and commercially sustainable platform where we can start telling really uniquely South African stories as well as - we're obviously connected to the global OUTtv brand so we're an export market for the content as well - my intention is to use the channel to stimulate things like local production to tell South African stories.

Then I want to ask you about censorship of TV content in general and broadly you view about it. The past few years we've seen content censored from shows to even cartoons in Africa and South Africa when for instance Kenya's censorship board came up with bogus reasons for animation shows for instance to be removed, or shows like I Am Cait on E! Entertainment or Andi Mack on The Disney Channel gets removed. What do you make of this?
Warren Whitcher: For me there are two parts to it - there's a theory part and a practicality part.

Obviously in theory I believe content should find it's right audience and broadcasters should play the role of connecting content with audiences without a view of censorship.

But that being said, I have to use OUTtv for example as a real-world example in my mind. We've also got to be responsible in what we do. It's one thing to sit here in South Africa where it's safe and cosy and say "yes we should  be allowed to play LGBT content" but in some of the African countries it's actually dangerous.

So we've got to be responsible in how we do these things. I always take the view that you've got to be part of the change you want to see but that doesn't happen overnight. As long as you're putting one step in front of the other and moving forward, then you're doing the right thing.

I understand sometimes why some of the broadcasters or networks feel like they have to, and sometimes it's coming from a point of good intention and trying to be responsible, but you're right - sometimes it gets ridiculous. Pulling cartoons makes no sense to me. So it's one of those slippery slopes.

You've got to try and take each case on merit and see if it's justified or not. That's probably the best way I would approach it. Ideally you'd like content to be available to everyone to view it because people are going to find what they want to watch. But you've also got to be responsible as well. It's a fine balance to maintain.
on 12:25:00 PM