TV CRITIC'S NOTEBOOK. A red card for A+E Networks Africa and its silent treatment around the launch of its History of Football pop-up channel on DStv. 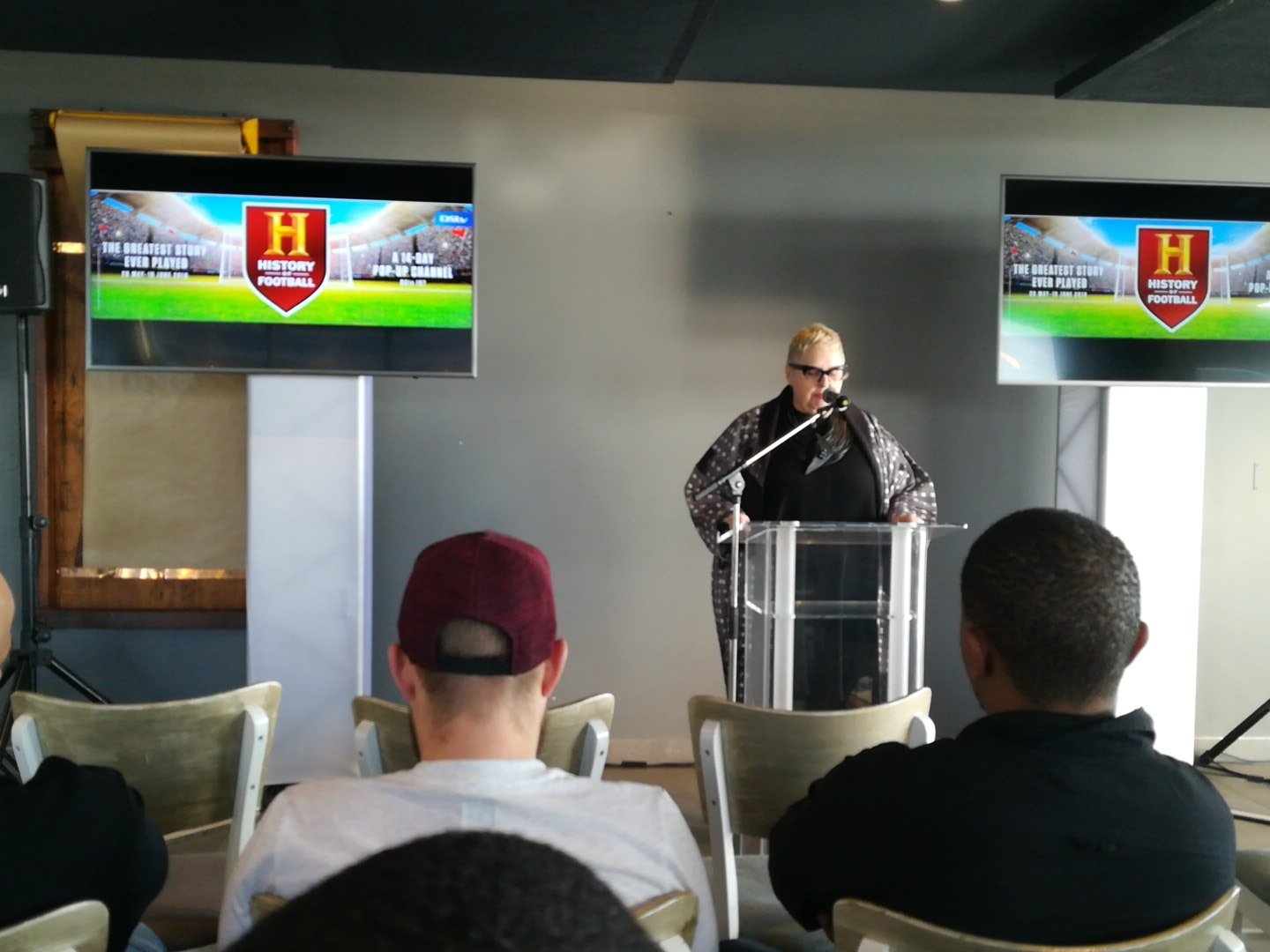 It would have been more productive time-wise, more informative to viewers and DStv subscribers, more pleasurable, and have made a better headline, to write and report about what executives and talent actually said and shared about and at A+E Networks' History of Football media launch event last week of the pop-up channel on MultiChoice's DStv satellite pay-TV platform.

Instead, due to the inability of A+E Networks Africa to communicate about it at all - either beforehand or even afterwards - it's sad having to devote time and effort on publicly reflecting how trash-bad A+E Networks has been in keeping the media (and by implication viewers) informed.

All that this TV critic is left with, is to lament the wasted opportunities, the lost exposure and the information sharing that there could have been around the latest pop-up channel from the people who programme and bring channels like History, Lifetime and the Crime+Investigation (C+I) to pay-TV viewers in South Africa and across the continent but who sadly won't include media in plans when it comes to actually talking about what it's busy with and has for viewers.

If you haven't seen any stories (yet) it's because there haven't been any this journalist saw.

Besides the empty chairs, none of the Johannesburg-only, sport and "lifestyle" media invited and who did show up to dribble some soccer balls have apparently bothered to do any actual reporting about what was said there by TV executives.

A+E Networks Africa apparently believes that only DStv subscribers in Johannesburg watches History or are clients of MultiChoice's DStv service and would watch something like its History of Football channel. It couldn't bother with the rest of the country's media and to let them know that it would be doing a media event, or issue anything to the press afterwards.

Besides the irony that some of the Reporters Covering Television from Cape Town and Durban were in fact already in Johannesburg last week (again, you won't know if you don't actually communicate and reach out to the press), is how bad A+E Networks Africa was post its media launch event, failing to even issue any kind of press release, transcripts or more information.

It's not possible to report what Aletta Alberts, MultiChoice's head of content, said at and about A+E Networks' History of Football channel. A+E Networks Africa didn't bother issuing any quotes or transcript, and when asked this week for it and what she said, didn't respond.

Neither is it possible to report and let viewers and the local TV industry know what Yusuf Nabee, A+E Networks' general manager for Africa, said. A+E Networks Africa apparently has nothing and didn't respond with anything when asked for what he said.

What on earth was Yusuf Nabee and his team thinking and doing by not wanting to include national press through even a bare-minimum press release afterwards?

Ditto for the speech or quotes from Lucas Radebe, the veteran soccer player that A+E Networks Africa made the face of the channel as the so-called "brand ambassador" of the History of Football channel. What he said, we don't know (and won't).

And surprise, surprise (not) about TV exec Daniel Korn, programming head of History at A+E Networks in the United Kingdom, who apparently jetted to South Africa last week for the launch of the History of Football channel on MultiChoice's service.

Likewise for him there's no transcript, no quotes, no basic media advisory that he would be here, no interviews offered to media, and no press release.

Good luck finding something Daniel Korn said while he was here. A+E Networks during his time in South Africa couldn't be bothered.

If A+E Networks Africa cared so little to bother and couldn't reach out and include the press and communicate with media outside of a few sports writers in Johannesburg, why should/would the press bother if a channel distributor doesn't seem to take it's own content and project seriously?

It's disturbing that there wasn't even a press release sent to the press after the media launch to the media in Johannesburg who didn't/couldn't attend, and the media elsewhere in South Africa.

It's beyond ridiculous that A+E Networks Africa's marketing and PR executives somehow don't think anything is necessary after its press release about the channel that was issued in April.

Yet A+E Networks Africa trotted out executives and talent for a media launch - that came and went as if it never happened. Where is the common sense and even beyond that, the return on the investment?

With an over supply of channels and a blur of shows, it's already become so hard for TV critics and Those Covering Television to try and just keep up with everything. At least A+E Networks actively made one thing easier - giving the press a clear indication of what it can sidestep and ignore without feeling a responsibility of having to give it coverage.

By not wanting or bothering to communicate with press and the dedicated journalists covering television in South Africa - who would have tried to cover it more but now owes it nothing in time nor attention - A+E Networks Africa signalled to them exactly how much (little) they, and by implication viewers, need to care about the History of Football channel on DStv.