SuperSport gears up with changes for its longrunning Formula One show, Absolute F1, ahead of the new racing season with a new on-air look and Kriya Gangiah as the new lead presenter. 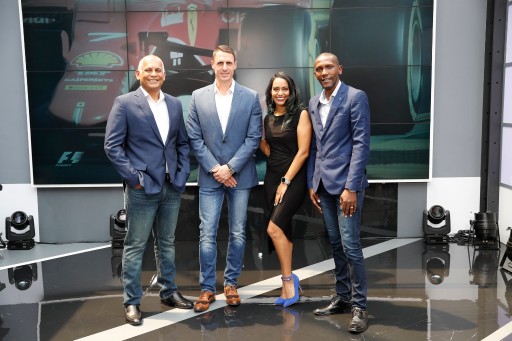 SuperSport decided to make changes to its longrunning show, Absolute F1, covering Formula One racing to co-incide with the new season starting in Melbourne, Australia on Sunday, with a new on-air look and Kriya Gangiah as the show's new lead presenter.

Absolute F1 will broadcast on SuperSport on Wednesdays at 19:30 in the week preceding Grands Prix.

Kriya Gangiah, a former Ignition TV anchor and a DJ on Jacaranda FM, will now front Absolute F1, and will be joined in studio by Batshobonke "Tschops" Sipuka, Vic Maharaj and Gary Formato.

Vic Maharaj is a motorsport engineer and Gary Formato is a local driver.
on 8:45:00 PM