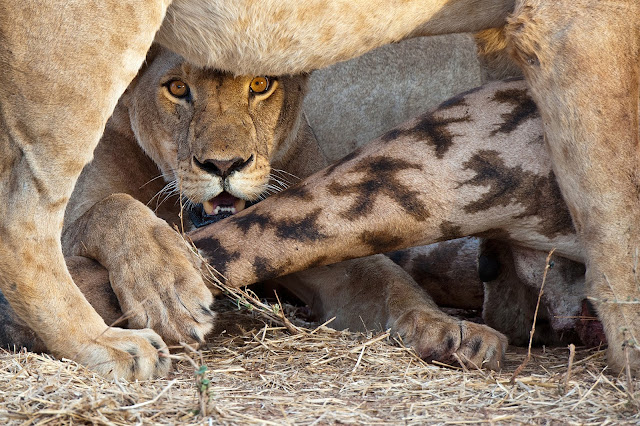 Nat Geo WILD's 8th annual "Big Cat Month" programming strand starting on the channel in January 2018 will be covering jaguars in Brazil, lions in Tanzania, cheetahs in Kenya and tigers in India.

Some of the Big Cat Month programming highlights include the National Geographic photographers Steve Winter and Bertie Gregory tracking down and capturing incredible footage of Brazil's top predator in Jaguar vs. Croc.

There's also the wildlife filmmaker Bob Poole telling the intimate story of a cheetah mother and her cubs in Man Among Cheetahs, while three prides of lions battle over territory, food and power in the 3-part series, Lion Kingdom.

Nat Geo WILD will also broadcast the new special, The World's Most Famous Tiger, tracking the life of a tigress that lived in a western region of India.

Lion Kingdom
7 January 2018, 18:00
This three-part series follows the intense dramatic story of three lion prides battling each other for territory, food and power along the Mwagusi River in Tanzania. Destiny conspires to bring the prides together, leaving a bold lioness fatally wounded and devoured by hyenas. A teenage son is excommunicated and unlikely to survive.

Man Among Cheetahs
14 January 2018, 18:00
Veteran wildlife filmmaker Bob Poole sets out on a madcap adventure following a formidable cheetah mother who is determined to keep her cubs alive. Along the way, watch him negotiate the risks and realities of filming in the African wilderness while trying to keep up with the fastest animal on four legs.

The World’s Most Famous Tiger
21 January 2018, 18:00
Known as “Queen Machli,” “Lady of the Lake” and ruler of her territory in western India’s Ranthambore National Park, Machli was a legendary tigress that went down in history as one of the most well-known wild tigers in the world.
Machli - whose name is the Hindi word for fish because of fish-like markings on her face - was a beautiful and powerful tigress that played a key role in the regeneration of the tiger population in Ranthambore and Sariska National Parks.

Jaguar vs. Croc
28 January 2018, 18:00
World-renowned wildlife photographer Steve Winter and cameraman Bertie Gregory capture the rarely seen, remarkable lives of jaguars in the Pantanal of Brazil.
Follow a mother jaguar as she teaches her cub survival, while a determined male jaguar, appropriately named Scarface, dives headfirst into a river to tackle the deadliest of opponents - a 1.8 metre-long caiman.
on 10:44:00 AM