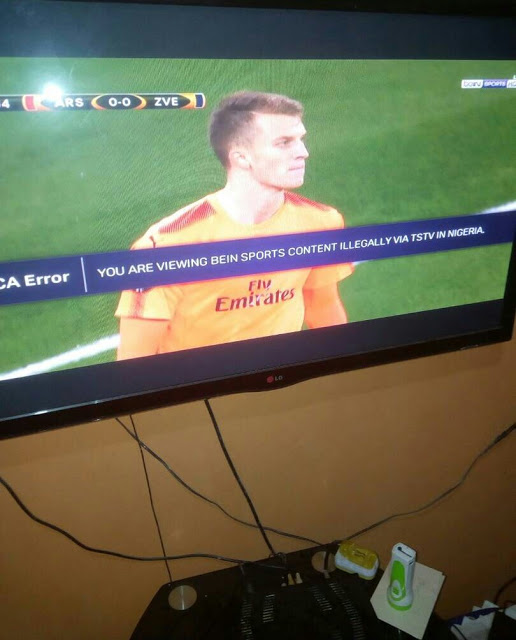 The lying Nigerian pay-TV upstart TStv (Telcomm Satellite TV) has finally stopped its fake claims of carrying and offering more than a dozen TV channels on its satellite pay-TV platform that it never had the rights to in the first place.

After a litany of lies, a string of broken promises and several false starting date announcements that all came and went since October, the Abuja based wannabe TV operator mired in a mess of its own making, is finally backing down from its continued theft and piracy of the signals and brand identities of a raft of TV channels it never had any authorised carriage contracts for.

TStv CEO Bright Echefu kept lying to Nigerian consumers even after TStv was exposed as being dishonest about marketing and promoting a pay-TV service with a collection of TV channels it never legally signed carriage deals for.

The beIN Media Group, Turner Broadcasting, Discovery Networks International, Viacom International Media Networks Africa (VIMN Africa), FOX Networks Group Africa and eMedia Investments all directly confirmed to TVwithThinus that none of them have any dealings or contracts with TStv.

Shockingly, TStv kept lying after TVwithThinus and other media exposed the fraud, saying reports that the Qatar based beIN Sports channels won't be on TStv are "rumours" and that TStv has a carriage agreement.

TStv also kept lying and continued with the fake promise of telling Nigerian consumers that it will be showing sport like English Premier League (EPL), UEFA Champions League and other big international soccer tournaments.

These sports rights however MultiChoice Africa and SuperSport already acquired previously for sub-Saharan Africa in exclusive multi-year agreements stretching into the future to be shown on DStv and GOtv. 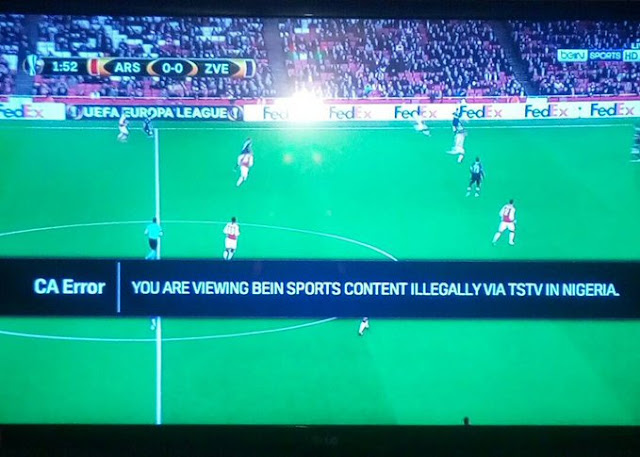 Now TStv has quietly done away with the beIN sports channels of which it illegally pirated the signals without making any announcement or saying why it is now dropping its fake claims.

After TStv was exposed for claiming and marketing a fake TV channel line-up on its website, TStv took down the list.

TStv has now put up a new channel line-up list without any of the stolen, pirated and fake-claimed channels.

Kids channels listed on TStv are now only two: A1 Kids and A1 Kids Junior.

Awkwardly, Nigeria's idiotic minister of information and culture, Lai Mohammed has been quiet about the TStv fraud and widening scandal.

In October Lai Mohammed - clueless about the inner cross-continental workings governing content acquisition and channel carriage agreement contracts in the pay-TV industry - announced a 3-year "tax relief" that he's granting to TStv, not knowing that the wannabe pay-TV operator is making false claims and stealing content.
on 12:22:00 PM