Disney buys majority of 21 Century Fox in historic $52.4 billion deal that will not just reshape Hollywood but also the TV and content production landscape internationally including Africa and South Africa. 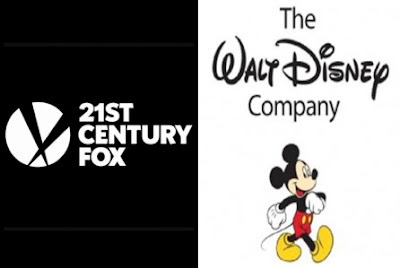 On Thursday morning the expected announcement was made that The Mouse House has taken over the Fox Hole when The Walt Disney Company said that it's buying the majority of 21st Century Fox in a historic entertainment biz deal that will have not just massive ramifications for Hollywood but a rippling effect internationally and that will also impact content and TV channels as seen in Africa and South Africa.

The Disney-Fox deal will change Hollywood and the content production and distribution landscape internationally forever.

Disney is doing it so that it can start its own, well-populated subscription video-on-demand (SVOD) service that would be able to successfully compete against the growing global dominance of Netflix.

In an memo to Fox staffers, Fox boss Rupert Murdoch hinted at possible firings, saying "we are deeply committed to finding opportunities for our people as well as ensuring that anyone impacted is well taken care of".

Fearful Foxers globally are scared and dismayed, apprehensive about the potential firing of staffers since there's huge global overlap and duplication in terms of the distribution, marketing and international divisions between Disney and Fox - with Disney topping Fox in all areas.

In the deal worth $52.4 billion, Disney will gain control of Fox Networks Group International and its 350 TV channels ran globally in 170 countries.

Several of these channels are seen in Africa and South Africa on several pay-TV services ranging from MultiChoice's DStv, StarSat operated by China's StarTimes Media SA and On Digital Media (ODM), as well as Cell C's new video streaming service, black, and on StarTimes elsewhere in Africa and pay-TV operators like Zuku.

Disney in the deal is also taking over what will amount to a seismic shift in Hollywood's content business.

Disney also gets Fox's TV production studios called 20th Century Fox Television and FX Productions that produces shows for both the FOX channel like The Simpsons but also for other channels like This is Us, Homeland and Modern Family seen on M-Net (DStv 101).

Disney also gets the pay-TV channels like National Geographic and Nat Geo WILD through taking over National Geographic Partners - something that quickly became evident during early negotiations, but also all of the FX channels, and the 39% stake in the Sky pay-TV operator in the United Kingdom and Europe.

Disney also takes over Star India that operates 69 channels reaching 720 million viewers a month across India and more than 100 other countries, with some of the Star pay-TV channels that are also being distributed in South Africa and Africa.

In relation to South Africa and Africa, Disney gets things like the nascent production unit, FOX Networks Group Original Productions, that the FOX Networks Group Africa headquartered in Johannesburg for instance conceptualised last year and got off the ground just this year.

Disney will also gain a majority share in Hulu since it will be taking over Fox's 30% share and added to its own existing 30% gets a 60% controlling stake in the American streaming service.

Fox will keep the FOX broadcasting channel in America (but in America only), the FOX News Channel, the FOX Business Channel and the FOX Sports 1 and FOX Sports 2 channels.

It creates the very awkward situation where, although the FOX channel in America belongs to Fox, the FOX channel as seen on DStv and StarSat and FOX and FOX+ on Cell C, will actually belong to Disney that already runs its own set of channels in South Africa and Africa.

"The deal will also substantially expand our international reach, allowing us to offer world-class storytelling and innovative distribution platforms to more consumers in key markets around the world."

"Bringing on board 21st Century Fox's entertainment content and capabilities, along with its broad international footprint and a world-class team of managers and storytellers, will allow Disney to further its efforts to provide a more compelling entertainment experience through its direct-to-consumer offerings".

"The agreement also provides Disney with the opportunity to reunite The X-Men, Fantastic Four and Deadpool with the Marvel family under one roof and create richer, more complex worlds of inter-related characters and stories that audiences have shown they love."

"Through the incredible storytelling of National Geographic - whose mission is to explore and protect our planet and inspire new generations through education initiatives and resources—Disney will be able to offer more ways than ever before to bring kids and families the world and all that is in it."

Disney says the Fox assets acquisition is expected to yield at least $2 billion in cost savings "from efficiencies realized through the combination of businesses". 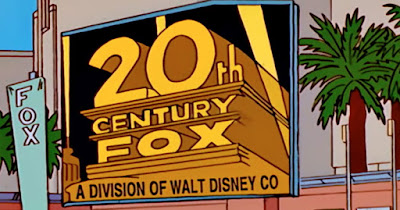 In a 1998 episode of Fox's The Simpsons entitled "When You Dish Upon a Star", the show predicted that Disney would one day buy 20th Century Fox and would become "a division of Walt Disney Co."
on 10:43:00 PM