SHOCKER: Almost a THIRD of the SABC's outside broadcast trucks are not usable - need to be upgraded but out-of-cash broadcaster isn't able to. 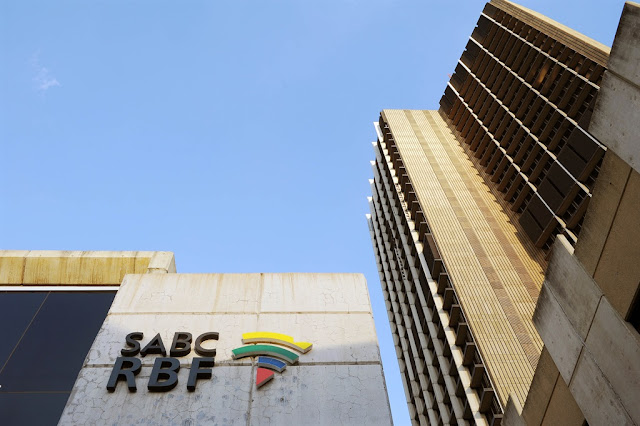 Shockingly, almost a third of the cash-strapped and beleaguered SABC's outside broadcast trucks - called "OB vans" in the TV biz - are not usable, the public broadcaster has revealed.

"There are crucial issues about people who are producing content for us, sport broadcasts that we are mandated to carry by the Broadcasting Act which we are scaling down because we don't have the money," Mathatha Tsedu, deputy chairperson of the SABC interim board said in an interview.

Mathatha Tsedu revealed in an interview on SABC2's Morning Live that "our OB trucks, almost a third of them are not usable. We need to upgrade them; we can't do that."

"So the board has taken a decision that we're only going to do those things that are necessary for us to do."

Six years after rife mismanagement, corruption and mismanagement brought the SABC to the brink of financial collapse in 2009 that saw the SABC thrown a R1.47 billion bailout lifeline from the government with stringent rules attached - 6 of which the SABC failed to adhere to - the financially under water SABC is once again in dire need of yet another government bailout.

After shocking mismanagement and maladministration, the SABC is in dire need of a cash splash in order to pay millions of rand in arrears and back payments due to a range of creditors from content producers and the signal distributor Sentech to others.

"There are appointments, there are unprocedural bonuses that people were paid - some in millions, some in thousands - there are a whole host of irregular things that contributed to the R5.1 billion over five years of irregular expenditure," said Mathatha Tsedu.

"A whole host of production companies that keeps shows going, that give us content, we haven't even been able to pay them because there isn't money. Every month it's really a process of negotiating with this producer and giving them half and see whether mid-month you're going to give them the balance."

"There's just so much money that is owed to people who have already done work for the SABC - work for which they should have been paid by now which we haven't been able to do because there is no money," said Mathata Tsedu.

SABC MultiChoice channels deal an 'onion'
Regarding the highly controversial SABC MultiChoice deal, Mathatha Tsedu said "it's an onion that will have to be peeled one layer at a time".

Questions have also been raised about how the controversial deal links with South Africa's digital terrestrial television (DTT) migration and the issue of set-top box (STB) control, as well as who is in control of the SABC archives. The SABC told parliament that MultiChoice's doesn't control its archive, but said that it is sending "a tape a day" to MultiChoice.

"Insofar as we are concerned, we would want these SABC channels to continue."

"It is the manner in which the decision was implemented across all platforms without consideration on how it was affecting some platforms.And it's not all platforms. The African language stations were not affected, they were already playing in that zone."

He said SABC platforms badly affected by the decision have been given the right to "correct the process that has been bleeding them".

"SABC stations have lost audiences and as a result they have lost revenue. That is an undeniable fact."

"Similarly with television. SABC1 is okay. SABC2 is not badly affected but SABC3 is."

SABC TV licence fees dip because of bad news
While the SABC on basically a daily basis remains in the news headlines for the wrong reasons, Mathatha Tsedu said "every time there is a cycle of bad news around the SABC, the revenues from the SABC TV licences dip."

"The editorial code is now going out for public comment," he said, noting that the SABC is starting a series of workshops for SABC journalists to re-educate themselves on how news at a proper public broadcaster should be done.

The series of workshops will involve all the journalists of the SABC from across South Africa. "We're bringing in experts from different broadcast houses - including the BBC and other journalists - to just start talking about what is it that a public broadcast journalist should be doing and not doing."

"If anybody pushes anything on any SABC journalist that is unethical, the SABC board is there as a sounding board, they can come to the board and say 'I'm being forced to do something that is unethical', and we will deal with whoever that person is," said Mathatha Tsedu.
on 2:08:00 PM