SABC worlds apart after shocking and confusing viewers as SABC3 only shows the first half hour of new Survivor season. 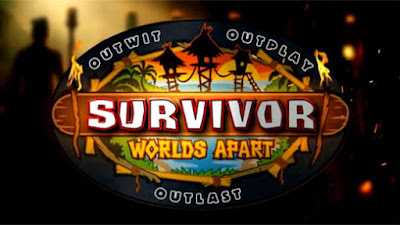 The SABC is once again silent after yet another disastrous and botched start to a new season of Survivor after SABC3 on Tuesday night shocked and perplexed viewers when the channel kicked off the 30th season, subtitled Worlds Apart, by only showing the first half hour and then cutting to commercials and filler.

On the SABC3 schedule, Survivor Worlds Apart was supposed to run until 20:20 but only half an hour ended up being broadcast.

The SABC offered up no explanation to viewers about why it only showed the first half of the first episode of Survivor Worlds Apart - the first time that ever happened - with no on-screen advisory or apology on SABC3.

The struggling SABC3 is a TV channel that remains in an ongoing ratings freefall with programming mistakes like Tuesday aggravating and chasing away more viewers.

SABC3's Survivor Worlds Apart blunder comes just three months after the SABC's only commercial TV channel also botched the beginning of the previous season's start, when Survivor San Juan Del Sur, set for 5 April, was suddenly a no-show and caused the channel's entire primetime schedule to collapse in unplanned chaos due to an unexplained technical problems.

The SABC was asked what steps, if any, the public broadcaster took with specifically Survivor to prevent a repeat occurence of possible problems with the show - distributed by CBS Studios International - but didn't respond to a media enquiry.

Besides embarrassment and confused viewers, SABC3's Survivor Worlds Apart bungle will also end up costing the SABC money and lost revenue yet again for one of the SABC's last remaining premium international TV series on its programming grid.

The SABC will have to pay back all of the money to commercial advertisers who booked spots during the second half hour of the unaired show when commercials were not shown in the programming advertisers bought airtime for to reach the specific demos Survivor attract to SABC3.

It's not clear what led to SABC3's cut short Survivor Worlds Apart on Tuesday night.

On social media the SABC failed to interact with viewers wondering what's going on.

On Wednesday morning SABC3 on Twitter said that Survivor Worlds Apart will continue next week  "for the usual full hour" as "episode 1 continues".

The bulk of viewers who tuned in on Tuesday night won't know that and it remains to be seen how exactly SABC3 wants to broadcast the next chunk of the show without any lead-in, cold open or proper context.

Zandile Nkonyeni, head publicist for SABC TV channels, didn't respond to a media enquiry made Tuesday night about Survivor, asking what happened, why the SABC didn't communicate on-screen with viewers, and why only half an hour was shown of what is supposed to be a longer episode.

On Twitter on Tuesday night, a viewer expected something to go wrong, with one noting before the episode started that "It might happen that SABC3 can't find the Survivor tape like last time with the last season".

After SABC3's abrupt half hour Survivor cut, confused and angry viewers were quick to comment.

"BrigM said "SABC3 only 30 minutes Survivor and then rubbish to fill time? Seriously? The stage is not yours", with Tallic saying "Another Survivor cut and paste debut SABC3 what an upset". "What just happened to survivor cause the last time I checked its an hour show," asked Papirazzi.

Colleen Ranck wondered "where is the rest of Survivor? Since when is it only 30 minutes?" "Went off to make a cuppa, tuned in and just like that - poof - Survivor ended," remarked Debra Schonknecht.

@SABC3 only 30 minute survivor and then rubbish to fill time? Seriously? The stage is not yours
— BrigM (@BrigMinne) July 18, 2017

What just happened to #Survivor cause last time i checked its an hour show 😭 @SABC3
— #FillUpParkingLot3 (@Papirazzi_) July 18, 2017