WHO KNEW? Brand de Villiers in as new MultiChoice Africa CEO and Tim Jacobs out as yet another 'pale male' heads up Naspers' Africa pay-TV division. 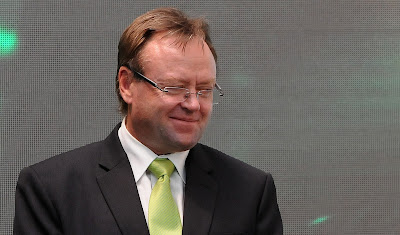 It wasn't publicly announced when it happened from January 2017, nor was there any stepping down, goodbye statement, but Brand de Villiers has taken over as new MultiChoice Africa CEO following the quiet exit of Tim Jacobs at the end of 2016 at Naspers' pay-TV division for Africa.

The replacement raises questions about MultiChoice Africa's top management transformation - or perceived lack of it - as yet another white male executive in a succession of "pale males" has taken over the number one executive position to look after MultiChoice's sprawling Africa pay-TV business division.

Eben Greyling was MultiChoice Africa CEO, followed by Collins Khumalo for a little bit who decided to "take a break".

Nico Meyer who then started as MultiChoice Africa CEO in February 2012, left in April 2015 "for personal reasons". He was replaced in turn by Tim Jacobs who left just over a year and a half later in December 2016 "for family reasons".

In all that time - spanning almost a decade - MultiChoice Africa doesn't seem to have adequately nurtured, prepared and corporately laddered up internally, new executive management talent in whom it has enough confidence to fill the MultiChoice Africa CEO role within a black economic empowerment (BEE) perspective. 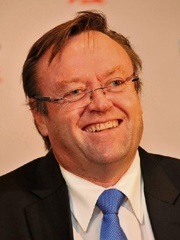 Now Brand de Villiers is the new boss of MultiChoice Africa since January 2017.

Brand de Villiers of course defected from the Premier League Soccer where he was PSL CEO in late 2015 to become MultiChoice's new general manager for strategy and special projects.

Brand de Villiers has been running the operations of MultiChoice Africa for just over a year.

"He joined the business in November 2015 as strategy and special projects director and has been a driving force in enabling the business to respond to dynamic and complex environment in 49 countries across Sub-Saharan Africa."

"Brand de Villiers is a chartered accountant having held positions as CEO of the PSL and the Marc Group who own Sail, EXP as well as shareholdings in rugby teams such as the Blue Bulls and Western Province."
on 12:52:00 PM