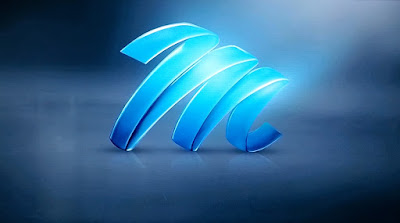 M-Net and MultiChoice are further reducing M-Net's channels offering on DStv with the M-Net Edge (DStv 102), M-Net Family (DStv 162) and M-Net Movies Showcase (DStv 107) channels that are all culled from 1 April - the same date when the new DStv price hike kicks in.

By cutting down and doing channel consolidation, M-Net is following hot on the heels of the accelerating trend of international pay-TV services and channel providers dumping under-performing and niche channels from their bouquets and channel line-ups as the pull of the traditional pay-TV bundling offer for consumers starts to fray.

M-Net says the channels are taken away based on DStv subscriber research.

ALSO READ: Edged out: Why MultiChoice and M-Net's decision to shut down M-Net Edge is a big regressive step backwards for DStv subscribers.

M-Net as a linear TV channel supplier to a pay-TV bundle is following Viacom and NBCUniversal that are all killing off niche and under-performing channels in an attempt to strengthen their core channel collections and to refocus their content output energy on big general entertainment channels and desirable brands.

"The entertainment landscape is changing faster than ever - we've made these changes based on what our customers have told us. We know they want to see the best new and returning series, and that is exactly what they will get," says Nkateko Mabaso, M-Net South Africa's group general manager.

The termination of M-Net Edge just three years after it launched in late 2014 to replace the floundering "M-Net Series" brand, means the loss of the additional premium channel for DStv Premium subscribers that promised to provide a cutting-edge second destination for quality, sophisticated and premium programming on DStv.

In July 2016 M-Net dumped channels like M-Net Movies Comedy, M-Net Movies Family and M-Net Movies Romance combining it into M-Net Movies Smile. The downsizing from 9 to 7 is continuing with the loss of a further M-Net Movies channel and 2 M-Net general entertainment channels.

MultiChoice and M-Net abruptly ending M-Net Edge, at the same time as raising DStv subscriptions on 1 April comes as a double blow for DStv Premium subscribers who will have to pay more but see more TV channels taken away.

DStv's reduced M-Net channels offering will also dramatically curtail M-Net's "Express from the US" concept - the rolling out of episodes of American series in South African quickly after its American broadcast.

With the consolidation of two channels' content, there's simply not enough physical timeslots available for the number of series and shows carried by M-Net as a pay-TV broadcaster to do justice to the "Express from the US" concept on a single linear premium channel basis.

There's more HBO and Showtime series as well as from the major Hollywood studios and distributors like Disney-ABC, CBS International and NBCUniversal than what can be packed on a single premium channel like M-Net (DStv 101) without the existence of an "exhaust vent" like the "overflow" channel that M-Net Edge provided for edgier "American cable" shows.

M-Net says it will beef up and incorporate M-Net Edge programming into the M-Net (DStv 101) channel to give DStv Premium subscribers "a supersized channel with bumper-to bumper entertainment".

However - all previous channel integrations in the past by MultiChoice of two TV channels into one (think BET and BET2, think any previous M-Net channels amalgam) have all proved that a temporary bump in bigger TV volume programming eventually peter out to what a single channel can accomodate.

The promises of M-Net to improve the M-Net channel with more content a few years ago also showed that after just a few months, the number of first-run shows and films in given rotation fall back down.

It's therefore highly unlikely that the volume of content that was on M-Net Edge as its own channel will entirely be sustained when the channel brand folds into the M-Net channel from April.

M-Net says it will be extending the M-Net channel's primetime from 18:00 to midnight and that it will mean "fewer repeats on M-Net".

It's not clear if programming like M-Net's recently started premium foreign TV series from Europe, and quirky, well-received enhanced programming like the Game of Thrones aftershow, After the Thrones companion show will survive.

When M-Net Edge programming is shunted to M-Net is likely that the migration will see casualties like when (the safe) series like Game of Thrones and others are reverting back to the main M-Net channel.

The reality is that one premium TV channel - in this case M-Net (DStv 101) cannot over the longterm sustain more than a certain number of premium programming titles when it comes to series and film, purely due to the finite number of weekly hours and timeslots  available and a repeat ratio that must happen.

Another channel casualty is M-Net Movies Showcase (DStv 107) that is also being dumped as M-Net continues to cut down its M-Net Movies channels offering.

"Our pop-up channels are extremely popular," says Nkateko Mabaso. "Viewers love the fact that they can easily find a collection of their favourite movies packaged under a specific theme on one channel".

The under-performing DStv Family (DStv 162) is also being dumped by M-Net and MultiChoice will replace DStv Family with the VUZU (DStv 116) channel on the DStv Family bouquet with VUZU that will retain its channel number position of 116.
on 10:51:00 AM