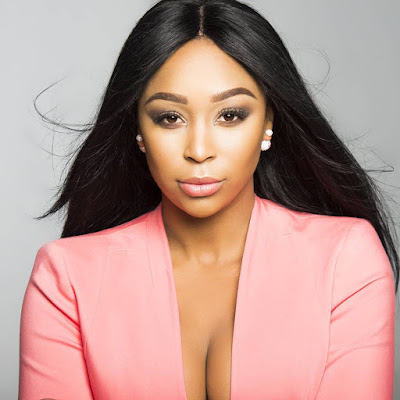 Minnie Dlamini has joined SuperSport and Mzansi Magic as a presenter after dumping the SABC and will soon present a new lifestyle and entertainment show on Mzansi Magic, co-produced by SuperSport.

In October 2016 Minnie Dlamini gave the SABC a week's notice that she's done presenting SoccerZone on SABC1 with the show that's been seeing a viewership drop.

Minnie Dlamini will however still appear on the South African public broadcaster in March when she pop up as the presenter of the 7th season of Clover's advertiser-funded production (AFP) Tropika Island of Treasure moving from SABC1 to SABC3.

Minnie Dlamini has become the latest of former SABC on-air talent, like Carol Tshabalala and others, who've jettisoned the public broadcaster to move over to more substantial and higher prestige TV productions on South African pay-television.

Minnie Dlamini already played host of the PSL Awards for several years and made appearances in M-Net and Mzansi Magic shows like The Wild and Rockville.

"She's a dynamic person who numbers among the country's top movers and shakers. She's plugged into the lifestyle of sport and will be able to tell those stories in her own inimitable fashion".

"Sport is part of my DNA," says Minnie Dlamini in a statement about joining SuperSport.

"I couldn't be happier right now than to be a part of such an incredible leading international brand like SuperSport. Exciting times ahead."
on 8:16:00 AM