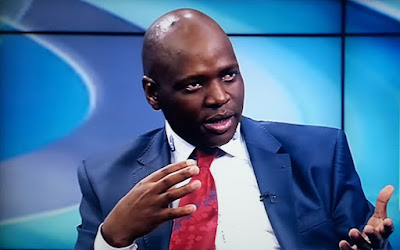 The SABC's controversial boss Hlaudi Motsoeneng has ordered the immediate censorship of the public broadcaster's news bulletins saying SABC TV news will no longer show any visual of the destruction of property during any public protests.

Hlaudi Motsoeneng says he has taken "this bold decision to show that violent protests are not necessary" because the SABC has a "mandate to educate the citizens".

With looming elections just a few months away, the SABC in a statement says it has "made a decision that it will not show footage of people burning public institutions like schools in any of its news news bulletins with immediate effect" and that "we are not going to provide publicity yo such actions that are destuctive and regressive".

Instead of reporting the news as it happens, the SABC is now taking a editorial censorship aproach to covering the news, says people have the right to "protest and voice their concerns on various issues that they are not happy with but we also do not believe that destruction of property is the best way to voice those grievances".

According to the SABC "we will not cover people who are destroying public property".

"As a responsible public institution we will not assist these individuals to push their agenda that seeks public attention," says Hlaudi Motsoeneng. "We would like to encourage citizens to protest peacefully without destroying the very same institutions that are needed to restore their dignity".

Besides censoring its own news offering with immediate effect, the SABC is calling on other South African broadcasters and print media to stop broadcasting the destruction of property during protests with the SABC saying it wants other media to "stand in solidarity with the public broadcaster not to cover the violent protests that are on the rise and in turn destroying public institutions".
on 9:30:00 AM