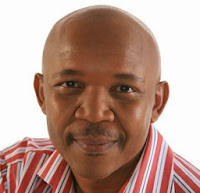 MultiChoice in a statement issued Friday morning says "Collins Khumalo has decided to take "time out" after 17 years with the group".

"We thank Collins Khumalo for his sterling service to the group and wish him well into the future," says Imtiaz Patel in the statement.

DStv Online and DStv Mobile are merging with John Kotsaftis, currently the CE of DStv Online as the new head but MultiChoice has not announced what this new unit will be called.

Mark Rayner, currently the head of DStv Mobile is moved to the position of chief operating officer (COO) of MultiChoice South Africa, reporting to Imtiaz Patel.

Calvo Mawela has been appointed to head up the stakeholder and regulatory affairs division for the MultiChoice South Africa group and will also report directly to Imtiaz Patel.
on 10:43:00 AM