Jeff Zucker appointed as president of CNN Worldwide to help try and pull CNN in America out of the ratings gutter. 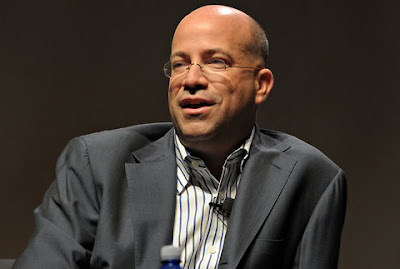 Jeff Zucker under whose leadership the NBC network in America suffered a dysmal implosion of its primetime programming and ratings, has been appointed as the president of CNN Worldwide to help try and get CNN, the CNN seen in just America as opposed to CNN International seen worldwide, out of the ratings gutter.

"In January 2013, Jeff Zucker will assume executive oversight of a portfolio of 23 branded news and information businesses that includes CNN/U.S., CNN International, CNN.com and HLN and reaches more than 2 billion people in some 200 countries around the world. Zucker will report to Phil Kent, chairman and CEO of CNN parent company Turner Broadcasting System Inc., and will be based at CNN in New York," says CNN in a statement.

"As a programmer, a brand-builder and a leader, he will bring energy and new thinking to CNN. I couldn't be happier to welcome him or more excited about what he’ll accomplish here," says Phil Kent in the statement.

"I am thrilled to join the distinguished team of journalists across the worldwide platforms of CNN," says Jeff Zucker in the statement. " The global reach and scale of the CNN brand is unparalleled in all of news."
on 1:35:00 PM