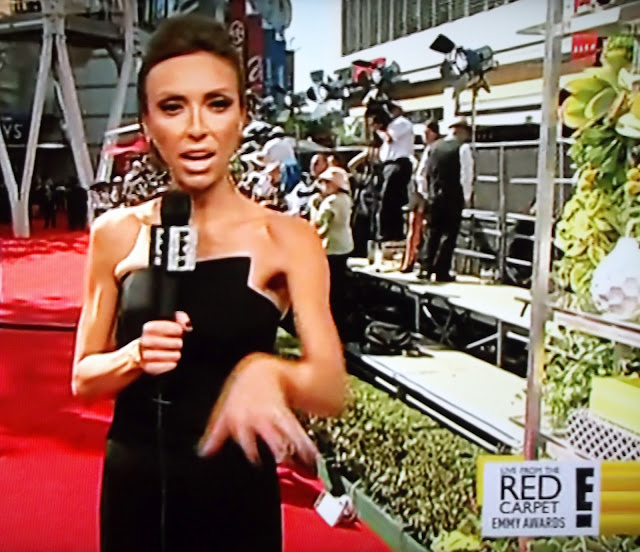 Giuliana Rancic from E! News on E! Entertainment (DStv 124) is appearing super thin on the red carpet where she is anchoring the red carpet coverage for E! Live from the Red Carpet: The Primetime Emmy Awards 2012 from Hollywood.

The extremely thin looking Giuliana Rancic has been on maternity leave with her husband Bill Rancic and returned to work to do the red carpet coverage for the 64th Primetime Emmy Awards.

"We're broadcasting live right now to 150 countries, so United Kingdom to South Africa - happy Emmy Day on E!," said Ryan Seacrest who is co-anchoring E! Live from the Red Carpet: The Primetime Emmy Awards 2012.
on 12:59:00 AM