BREAKING. Bold is old: SABC CEO says The Bold and the Beautiful is 'outdated' ... but will stay because it keeps bringing in the money. 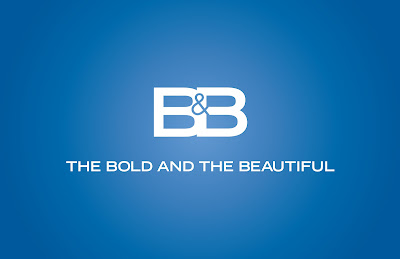 Bold is old. The SABC no longer sees the The Bold and the Beautiful as preferred TV content, but will keep broadcasting it since it brings the viewers - and that brings the money.

The SABC's new CEO Lulama Mokhobo who presented the public broadcaster's new Corporate Plan 2012 - 2015 to parliament admitted that the SABC has outdated programming and she mentioned The Bold and The Beautiful - the American weekday soap shown on SABC1.

She was asked in parliament why the SABC keeps broadcasting outdated programmes if the public broadcaster's emphasis is to show local content.

Incidentally, last week SABC1 incurred the wrath of viewers when the broadcaster kept showing the same episode of The Bold and the Beautiful for three consecutive days in primetime. SABC1 eventually blamed a "coding error" in a switch between the analogue to digital system.

Last week's technical problem follows after SABC1 had to return The Bold and the Beautiful to the 18:00 timeslot following a viewer outcry when the broadcaster moved the soap to 18:30 in October 2011. SABC1 was forced to move The Bold and the Beautiful back to 18:00 from April and has now enlisted members of the Bold cast to help explain in on-air promos that the soap is moving back to its original timeslot.

Now Lulama Mokhobo acknowledged that some programming like The Bold and the Beautiful on the SABC is "outdated" but she said that the broadcaster needs the money generated through advertising in shows such as Bold - which remains popular vir viewers.

Because Bold pulls a big audience, SABC1 can charge more for advertising, which means more and easier revenue for the SABC. "We do need the money… so we will have to keep carrying this content," Lulama Mokhobo said.

The SABC gets 80% of its income from commercial revenue such as advertising and sponsorships, 18% from licence fees collection and the rest from government funding. Lulama Mokhobo also told parliament that it's a problem that the public broadcaster is only limited to sell 9 minutes of commercial advertising per hour.

Although no longer the powerhouse soap The Bold and the Beautiful was in its 90s heydey - South Africa viewers have over the years increasingly turned away from American soaps while the amount of TV shows, local soaps and the number of available TV channels keeps growing - Bold still pulls a sizeable and valuable audience.

When The Bold and the Beautiful starts at 18:00 on weekdays the Forresters and their fashion frantics almost instantly doubles SABC1's adult audience from 1,8 million to 3,11 million viewers. It keeps growing and quickly builds SABC1's early primetime lead-in audience share over rival channels. On the SABC's latest published TV rate card the broadcaster asks R50 000 per 30 second spot to advertise in Bold.
on 11:30:00 PM