Just like any great cake maker will probably tell you, the secret to a fantastic creation is quality ingredients; skill and a steady hand decorating it all from the outside; enough sweet stuff on the inside (yet a consistency that's light and fluffy) and most of all, a labour of love.

It's exactly the same for fantastic television, and the TV cake that came out of the oven in the form of the new and delightful Charly's Cake Angels on Saturdays at 16:00 on SABC3 is light, fluffy, wonderfully decorated with enough sweet stuff on the inside to make for quality television.

ALSO READ: Have your cake and see it too. The new Charly's Cake Angels starting Saturday on SABC3 is a cake reality show you'll want to watch. 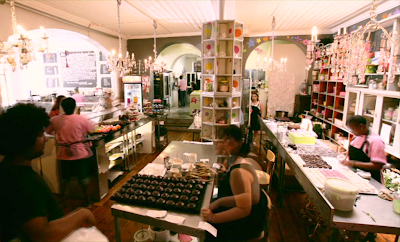 The beautiful Charly's Cake Angels produced by Cooked in Africa Films with executive producers Justin Bonello and Peter Gird, follows mom Jacqui and her cupcake daughters Alex, Dani and Roche behind the scenes in Charly's Bakery in Cape Town - South Africa's most famous cake bakery. Why this pink place hasn't been on television before/sooner is as mystery as the reality cameras perfectly captures the magical inside atmosphere, together with the frenetic hive of activity that a popular place such as Charly's Bakery clearly is.

The characters in Charly's Cake Angels are clearly somewhat uncomfortable with the cameras and self-aware that they're being filmed - which makes for a refreshing change from the ''career reality'' creatures like the Kasdashians who've been at it for so long that by now they tediously manufacture hollow sentiment on cue.

Just like the real sugar in the icing, the emotions in Charly's Cake Angels are however clearly very real - and there's quite a dollop in the first episode where Jacqui talks very emotionally about her friend Antoinette who died. 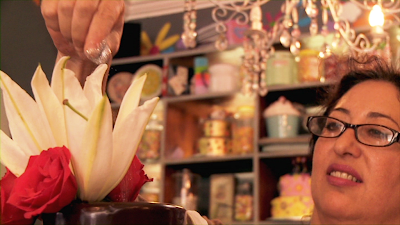 Perhaps the most striking thing of Charly's Cake Angels is the colour. Almost painfully so. The sheer amount of creative work, an abundance of cakes in vivid rainbow colours, magical creations created over many hours that will be destroyed and that you know will be completely consumed, is almost too much to take in. Then there's the delicious dynamic sure to be explored further in upcoming episodes between mom Jacqui and her daughters who all work in this crazy cake castle. 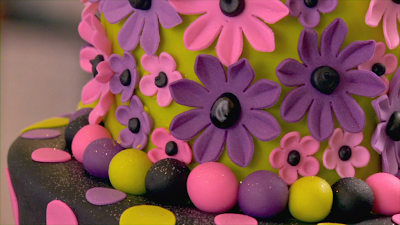 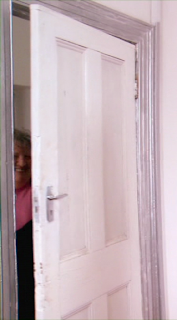 Any good reality show is built on a good dose of humour - either the viewer laughing at the subjects or with them, some dramatic irony, and some growth - some form of journey.

Charly's Cake Angels has it all - with dear Francis (peeking through the door) the wedding cake maker locked up upstairs having to churn out fantastic cake after cake, mumbling under her breath about the too much work but happily doing an awesome orange Garfield cake after she completed a massive BlackBerry phone cake. (Okay, Francis isn't really locked up, but she is kind of kept ... busy.)

The camera work from Cooked in Africa Films, and the editing, gives a clear sense that it's expertise at work in skillfully filming and portraying both food as well as people, once again mixing these two ingredients to create a very visually revealing story of very high quality.

Normal viewers won't notice the music but it's perfectly utilized as mood builder ranging from scenes of frenetic activity to more subdued yet emotional scenes. The original opening sequence of Charly's Cake Angels is also delightful (the creation of that also the subject of the first episode).

Charly's Cake Angels is the perfect addition to SABC3's entertainment lifestyle infused line-up. Why the broadcaster doesn't have this great show scheduled on a weeknight at 18:30 where American comedies now reside is like baking a wonderful cake but not putting it out there for people to see.

Any great cake maker will tell you that when you have a fantabulous creation, you want to (and have the right to) show off just a little. And Charly's Cake Angels is great. This well-produced and amazing show - and SABC3 - can show off all it wants to. 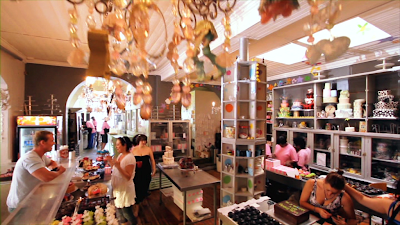