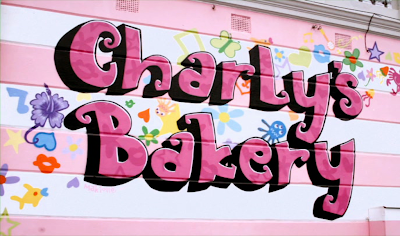 The place is already famous, in fact it's South Africa's most famous cake bakery. Now the girls inside Charly's Bakery in the Fringe district in Cape Town is set to become as famous as the pink and white striped building as cameras follow them in the new reality show Charly's Cake Angels, Saturdays at 16:00 on SABC3.

So. Who are these angels? Meet the main characters that viewers will get to know better over the next couple of weeks in this hilarious reality show with surprising heart. 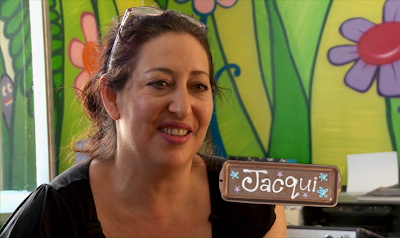 First there's mom Jacqui. Jewish. It means total control. Total control over her daughters of course. Because sometimes that Frances in the upstairs seems to do things that Jacqui isn't aware of and therefore can't control. But more about the dear Frances further down. Jacqui is a veritable tornado of energy, sociability, connectedness, ideas, and capacity. Also she's of ample bosom. Not my words, but out of the mouth of one of her own daughters. Who should have more respect because mother is the one putting the cake, uhm, bread on the table. 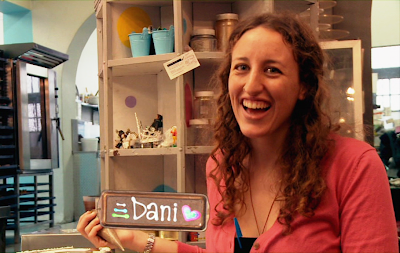 Then there's Dani. Calm, cool, collected. Has part ownership of the building (was part of a ''bribe'' by mom Jacqui). Hence, can't leave. Works with precision like a Hyundai factory floor worker, can decorate 5 000 cupcakes in 5 minutes flat. 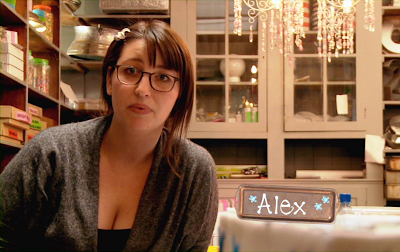 This is awesome Alex. Also captured, deftly, by mother. Respect. ''I said this is part time. I will never work as hard as you work. I refuse.'' (That was 9 years ago.)
Alex creates miracles armed with just some icing and rose petals. ''You'd think with cake there would be limits. But no. There are no limits.'' I want to say that this is followed by an evil laugh of megalomania, but Alex is too sweet to harbour thoughts of world domination through carrot cake. 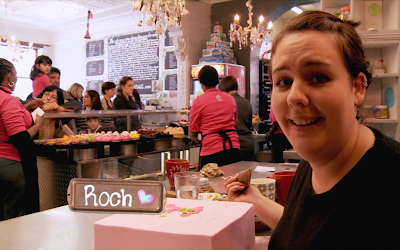 Poor Roch. ''I started messing around on cupcakes. Then I got pulled into the business.'' Roch seems to be the one with the dry wit, quick comments and the one who has a wide view of every situation and the sense of satire in the show. Not content with sometimes rolling her eyes in a good-natured indicator of the draa-maa they're all engulfed in, Roch will actually tell it like it is. Just like Dr. Phil. But just in a cake place. 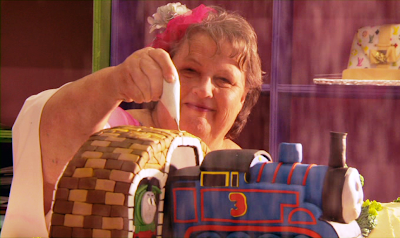 The top floor of the old Victorian building is where she's shackled kept locked up works. I'm talking about the fascinating character of Frances Belle, the adorably funny cake decorator. Frances is basically never ever let out, except maybe on National Arbor Day. Every other year. For the rest of the time she has to work like an underage South Vietnamese peasant girl in an Asian sweat shop and can only drop a basket from the top floor to get some water for when she's really thirsty.

Despite her working conditions (jokes of course) she creates these most amazing things that you see with your own eyes, but can't really believe truly exist. Frances Belle does amazing fine sugar work which started with her own wedding cake she did and since then she's just never looked back. This adorable character always comes through for the cake bakery where she's been working the past two years in-house. Like a true Rumpelstilzkin the magnificent Frances Belle always gets the cakes done despite too little time and too little warning for almost 40 years now. 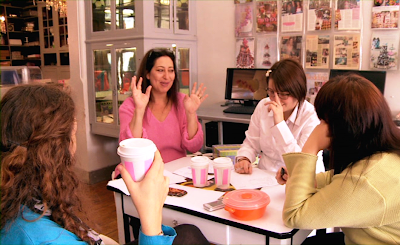 Viewers who follow Charly's Cake Angels on Saturdays on SABC3 will see more, and more sides of their personalities being revealed of all of these pivotal characters in this new, locally-produced reality show in the coming weeks.