HAVE YOUR CAKE AND SEE IT TOO. Charly's Cake Angels starting Saturday on SABC3 a new cake reality show you'll want to watch. 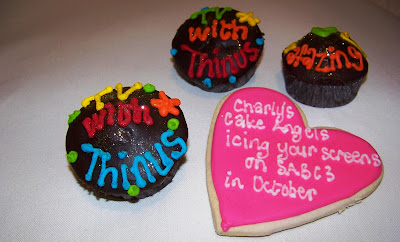 Charly's Cake Angels is a truly delightful (I've watched the episodes already) brand-new, local reality show starting on SABC3 tomorrow, Saturday 1 October at 16:00 which is one of the best local TV productions South African viewers will see in years.

In this 13 part first season (more stories, interviews and a review tomorrow on TV with Thinus) cameras venture behind-the-scenes of South Africa's most famous cake shop bakery, Charly's Bakery in Cape Town for a revealing, highly-entertaining and quite astounding look at what is happening in this beloved cakery (is that a word?). 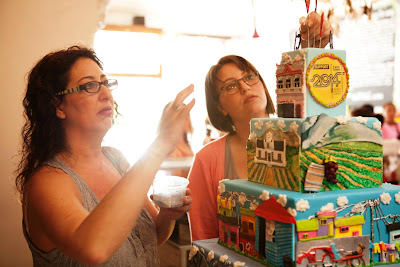 This local TV production filmed over the last 10 months is wonderfully shot. The episodes, although they follow real events are delightfully themed around various dramas.

Charly's Cake Angels is carefully constructed to show the depth of the various cake characters - proof that South Africa really does have the TV production talent to make great reality television. Charly's Cake Angels has just the right sprinkling of drama, mixed with quality ingredients like fascinating characters, jaw-dropping challenges and some self-referential humour. 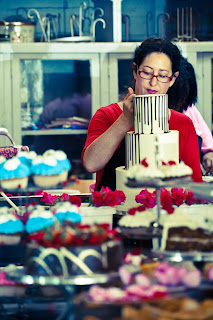 Charly's Cake Angels is from Justin Bonello's Cooked in Africa Films, executive produced by Peter Gird and follows (the initially reluctant) Jacqui Biess of Charly's Bakery in Cape Town's Fringe district and her daughters Alexandra, Daniella and Roche as the orders come in for amazing cake creations while a wide range of dramas play out - some with remarkable emotional depth.

Charly's Cake Angels needs a better timeslot from SABC3 who can with absolute confidence put this show in primetime where this local production will surely shine - just like some 5 tier chocolate cake that's beautiful to look at.

Charly's Cake Angels is pure icing on your TV cake and a great TV addition for South Africa viewers.