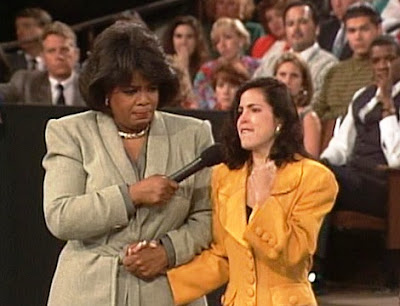 After 25 years the very final episode of The Oprah Winfrey Show is going out today in America, an hour in which a tearful Oprah Winfrey - alone, with no guests - stands in front of her very last Harpo studio audience, telling them what they have meant to her. 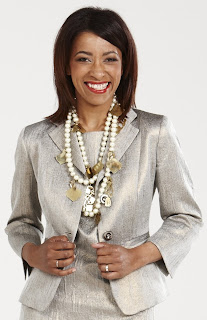 The South African team of O, The O Magazine over at Associated Magazines is working on a spectacular July issue that really will be something you need to get if you've ever watched; ever enjoyed The Oprah Winfrey Show (weekdays, SABC3, 17:30).
I've asked Samantha Page, the editor of O, The O Magazine in South Africa, about today's bittersweet popculture moment.

What is O, The O Magazine working on for July?
Samantha Page: For our July issue we are looking at publishing the beautiful 25th Anniversary article which appeared in the June American O Magazine, highlighting some of the most memorable moments of The Oprah Winfrey Show. There's also a wonderful interview between Oprah and Gayle King about the incredible journey of their friendship and how they will navigate the end of the show.

How does the O magazine staff feel about the TV show ending?
We are all quite nostalgic about The Oprah Winfrey Show coming to an end in its current format. We are extremely excited, though, about OWN [Oprah's new TV channel] and the endless possibilities of content the new network offers the magazine. I think, if anything, we are going to see more of Oprah and more of the positive message of living one's best life.

What has been your feedback so far on the 25th and final farewell season in your offices from viewers since the show started again on SABC3?
It has been an incredible season, as it was always promised to be - filled with everything the world has come to know and expect from Oprah: surprise, delight, fairy-dust, magic and a whole lot of heart. 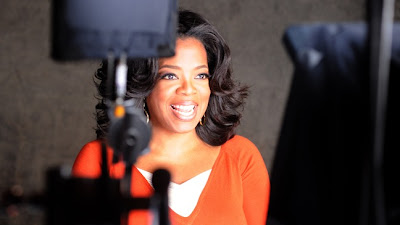 With Oprah ending the show to focus her attention on her TV channel OWN – which might very well also go international and come to South Africa and Australia for instance – is there anything people can do to add their voices in support? Who do people write or tell or ask and how do they do it?
I'm sure there are many people out there who would love to see OWN in South Africa. I'm not aware of any official petition or support group to lobby for OWN coming to our shores, but maybe that is a good idea!

Can you share something you spoke about the last time you talked to Oprah?
Oprah is a consummate professional, so she is always interested in her various enterprises, which includes O magazine, South Africa. The last time we spoke we talked about the books we were reading, the movies we had seen, and how much we both admired Patrick Swayze.