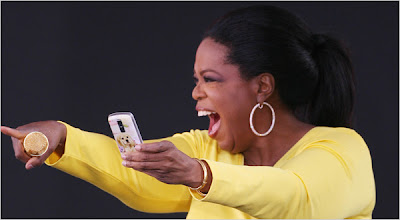 You're reading it here first. Make a note because on Monday, 14 Desember at 17:35 on SABC3 The Oprah Winfrey Show kicks off its 24th season.

The 24th season will officially really only start with the big two-day Whitney Houston interview, but a few days before that Miss O took her show to the streets. Chicago's Michigan Avenue was blocked off for a street party and that episode is what will be going out first, making it THE FIRST REAL new episode of the 24th season.

Some of the performers include the Black Eyed Peas, Jennifer Hudson and James Taylor.
on 3:45:00 PM