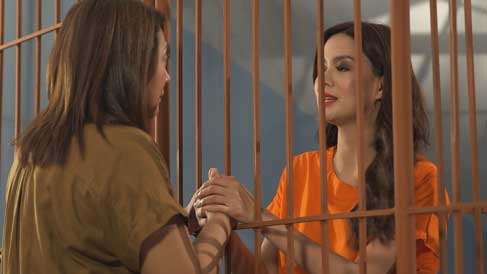 by Thinus Ferreira
StarTimes Media SA says it continues to create new jobs in South Africa's film and TV industry through the use of its Midrand-based dubbing studios to create new voiceover soundtracks in Zulu and other South African languages for global telenovelas on its StarSat satellite pay-TV service - and that several more Zulu-dubbed series are in the works.
eMedia was first to start dubbing international telenovelas for its set of e.tv-packaged TV channels in South Africa into Afrikaans, along with ZEE Africa also doing dubbing work into English and other languages.
This was followed by StarTimes Media SA which started to dub international telenovelas into Zulu. Lately MultiChoice is also using its Dolby Atmos equipped studio in Randburg to now dub Turkish telenovelas into Afrikaans for M-Net's Afrikaans-run kykNET channels on DStv.
"In 2021 StarSat launched its state-of-the-art dubbing studios in Midrand, South Africa. The main objective of its new initiative is to adapt its best-performing telenovelas to Zulu and other indigenous South African languages," says Debbie Wu, On Digital Media (ODM) CEO.
"We are very excited about the possibility of ensuring the widest accessibility of South African audiences to award-winning telenovelas dubbed into main indigenous languages."
"Our dubbing initiative continues to create many new jobs along the value chain. Since the launch of our dubbing studios, we have recruited and trained numerous South African youth as voice actors, directors, translators, editors, and sound engineers."

StarSat says that based on the recent success of the Zulu-dubbed version of the Philippine novella The Blood Sisters, StarSat has since launched a Zulu version of the popular Zee TV novella Waaris: Indlalifa.

StarSat says a diverse slate of more Zulu-dubbed telenovelas from Mexico, South Korea, Spain and India are in the works to be broadcast on StarSat's StarTimes RISE (StarSat 120) channel.

"We are proud to announce the broadcast of the Philippine novella La Vida Lena on the StarTimes Novella E Plus channel. Another novella 'must-see' is Zee Novella's My Left Side – the story of a powerful woman whose riches-to-rags experience puts her in direct conflict and interest with a man who has lived in the lap of luxury his whole life."