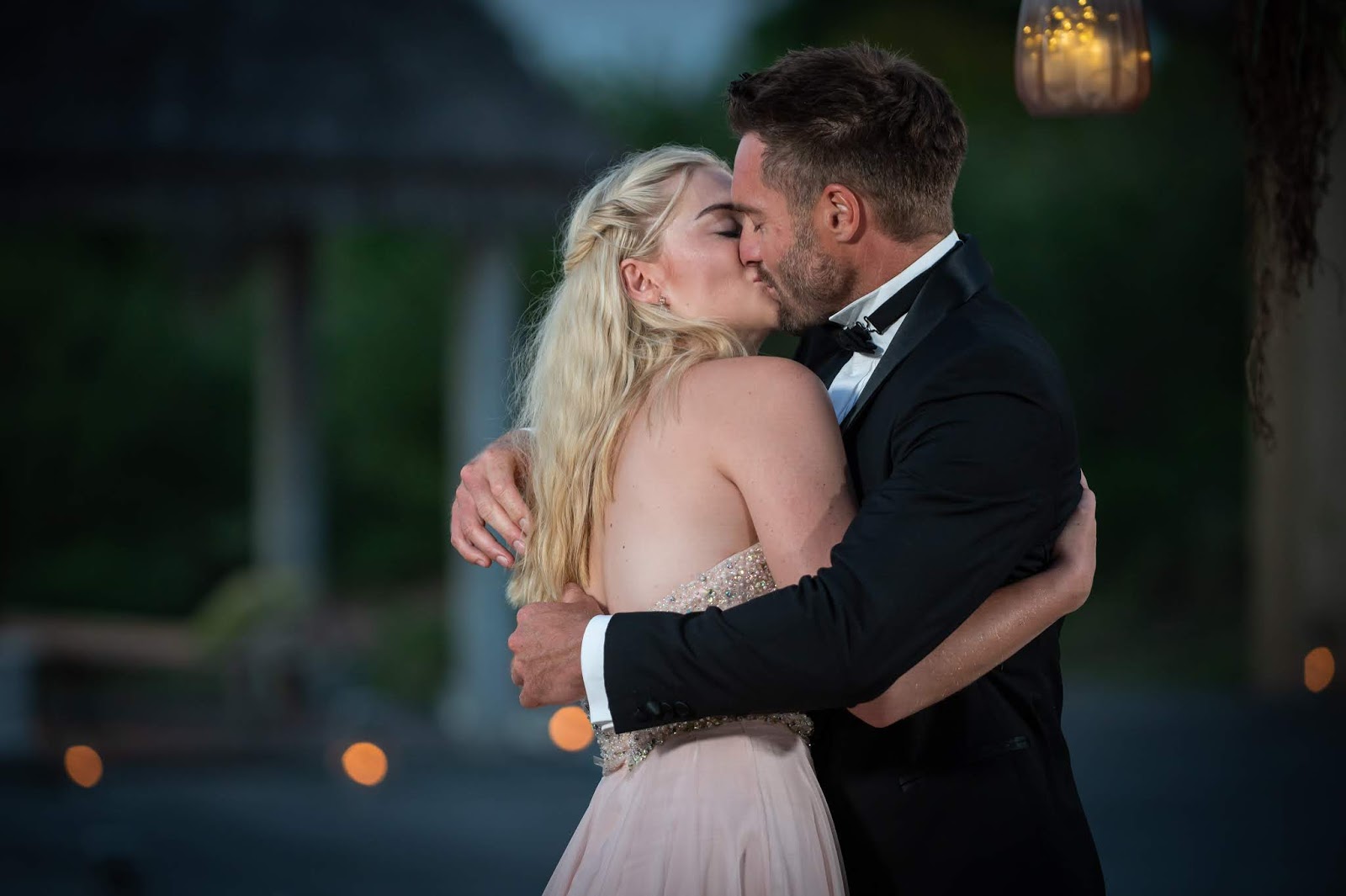 In a fairytale ending perfect for television, Marc Buckner (36) said no to Bridget Marshall and yes to the 24-year old shy speech therapist Marisia van Wyk as the Cape Town-based bachelor took out a beautiful Jack Friedman ring, slipped it on her finger and told her that "I don't want this journey to end with you" in the highly-anticipated second season finale of The Bachelor South Africa that was broadcast Thursday evening on M-Net (DStv 101).

"I think we make a great couple. And I don't want this journey to end with you," said Marc Buckner as a more whimsical version of the show's theme song "Different Feeling" by Daniel Baron swelled and he took out a ring that that on the inside has the inscription "Stronger together, forever, baby girl".

"I really am falling for you," said Marc Buckner, "and, uhm, I want to ask if you will accept this as a symbol of a relationship that I think is so amazing, and I would like it to keep going forward." 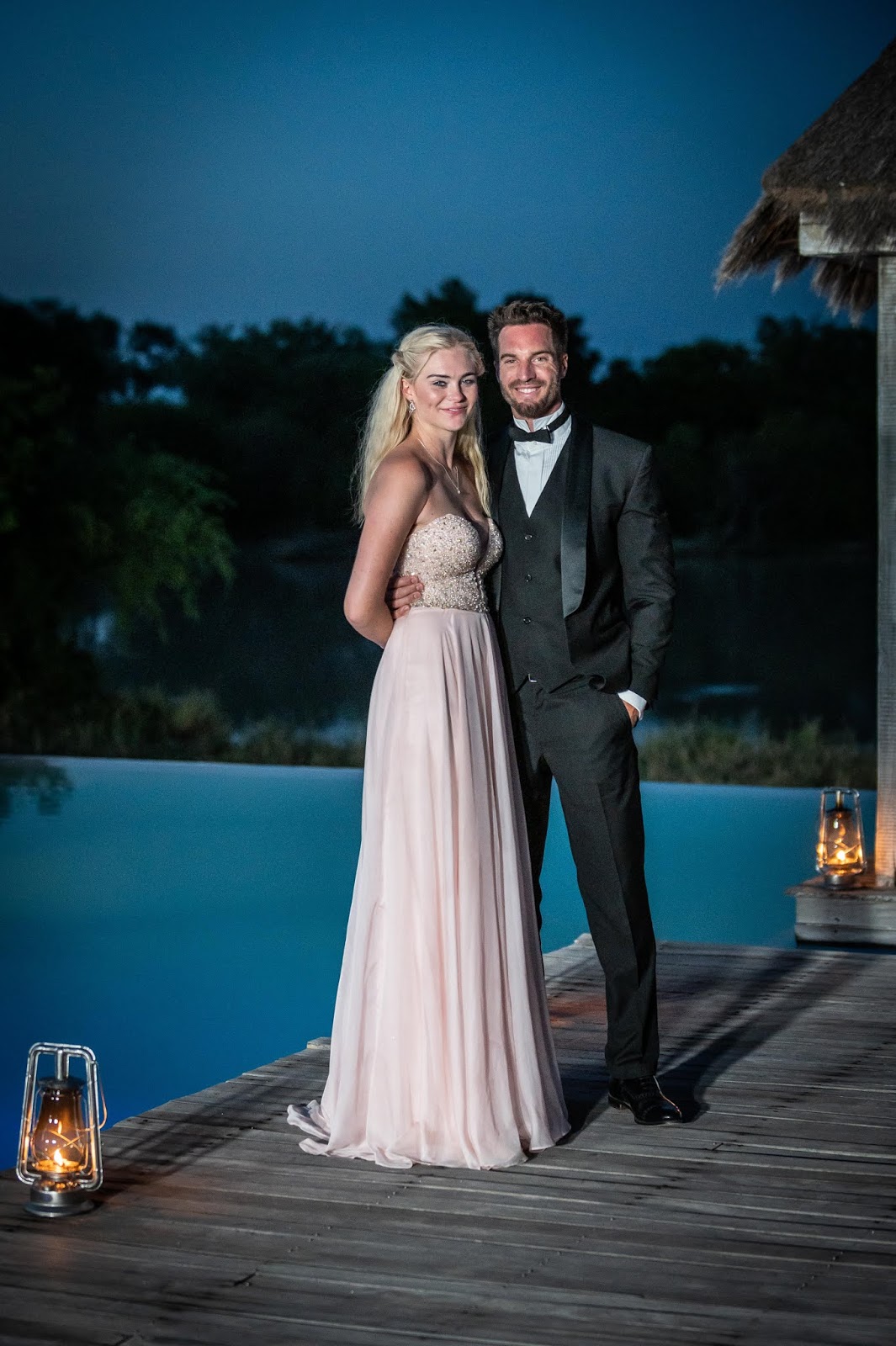 Marisia van Wyk said "Wow, I don't have words. I think I came onto this journey and, uhm, it's been tough. It's been tough. I've really fallen for you. And I don't know. There's just something with you that I've never felt with anyone before, which is good for me".

"I know there's this age gap but it doesn't really mean anything to me because I think my feelings for you mean so much more. So I just want to focus on that and focus on us, and then hopefully grow together."

Marc said "That's exactly how I feel. None of that stuff bothers me because I know you are so mature" and "I can't believe all of this has led to us. And it's ..."

The Bachelor SA second season finale on M-Net, produced by Rapid Blue as a local adaptation of the Warner Bros. International Television Production (WBITVP) format, stood in contrast to the first season that ended in romantic failure.

This time The Bachelor South Africa gave DStv subscribers exactly what they wanted: A beautifully-filmed and happily-in-love ever-after conclusion at the magical Kapama Game Resort for viewers who kept tuning in week after week to the buzz-making show that besides linear viewing has a big audience on MultiChoice's DStv Now Catch Up streaming service and punched far above its weight in weekly social media buzz.

With the content and structure of the broadcast of the second season finale which had to be adjusted because of the global Covid-19 coronavirus pandemic - and the resulting lockdown also affecting South Africa and the country's entire TV and film industry - M-Net forged ahead and marked another South African television milestone. 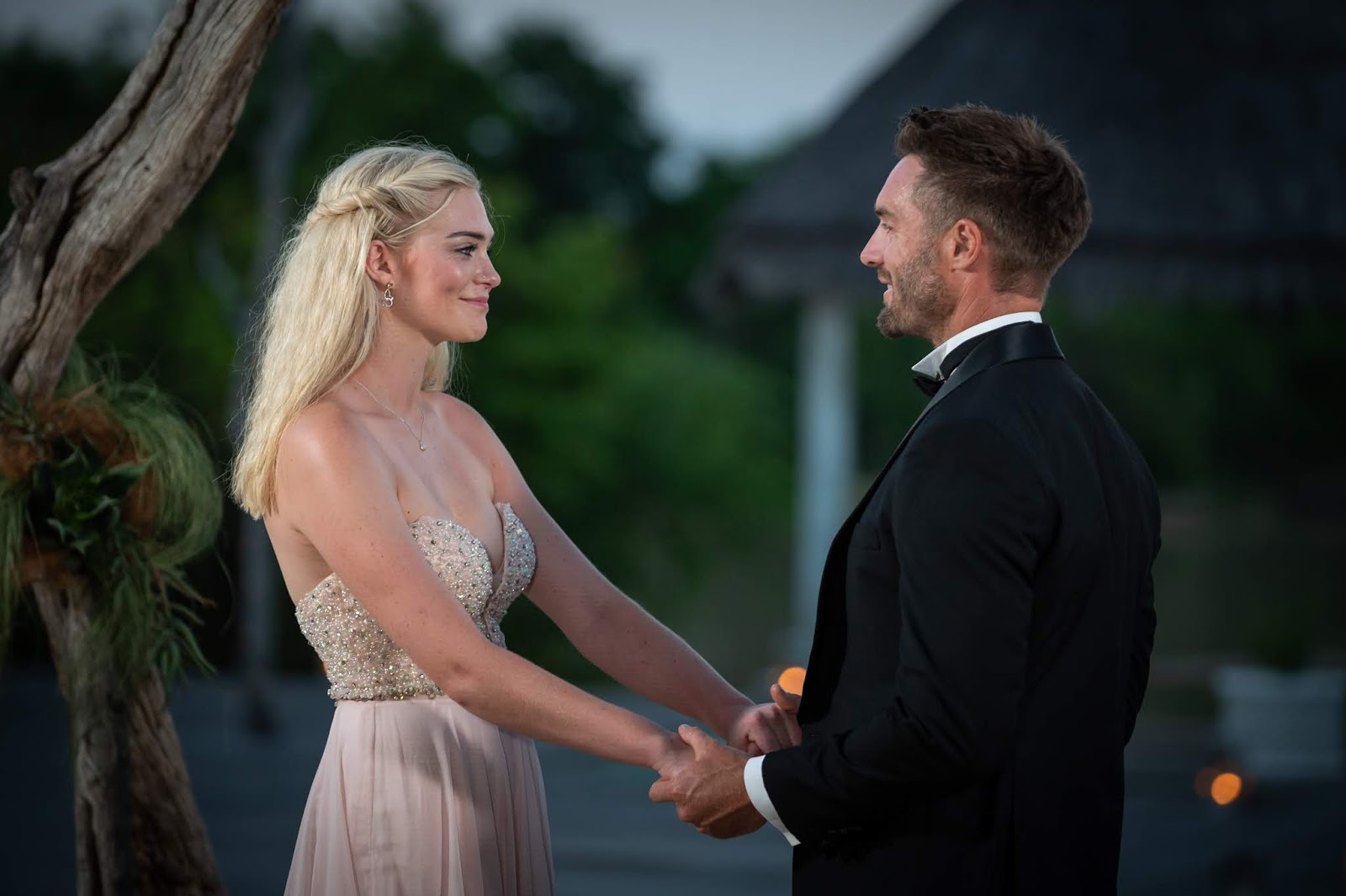 In The Bachelor SA finale Marc Buckner and Marisia van Wyk revealed that they've been living together during lockdown in South Africa - a secret they've been successfully keeping for a while, and that they've also taken a "secret" trip to Thailand. 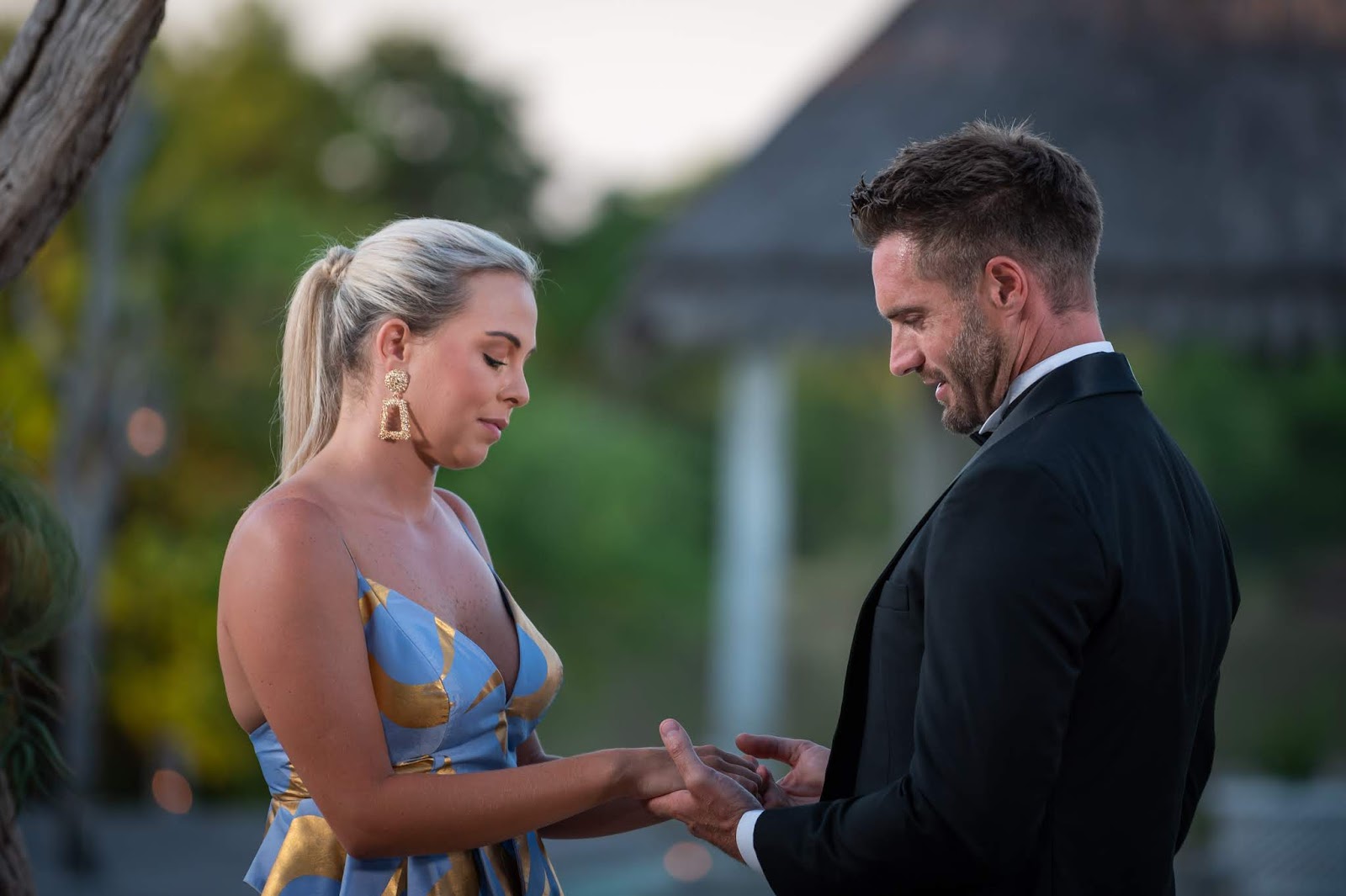 Bridget: "I wanted to run away and go cry'
Later in the episode, M-Net broadcast The Bachelor South Africa host Jason Greer's pre-recorded video calls with some of the women.

After this M-Net also placed a The Bachelor SA Pyjama Afterparty reunion show on the M-Net website where it can be viewed indefinitely, and that replaced the Women Tell All broadcast hour that usually precedes the finale.

After Marc told Bridget Marshall that "our journey must end here" - the segment of the final two women that was filmed first - Bridget said during the finale broadcast that "I think I just went into shock. All I wanted to do was turn around and run away and go cry".

"You go along this journey in front of mostly the whole of South Africa and then you get to that point and you get your heart broken in front of thousands of people watching you. It's just - you freeze."

"Being the girl who didn't walk away with Marc, it's upsetting. You want that closure," said Bridget Marshall later in the episode when she and Marc appeared in a video-call in a segment together with Jason Greer asking the questions.

Marc said that "I'm exceptionally happy with choosing Marisia. I don't know how it would have been choosing you, Bridget because I think that you are also an amazing person."

"At the end of the day I need to make a decision and I have to go with - even though we've done so much together and we've spent a fair bit of time together, I only have that to go with. I just thought that maybe Marisia and I are more compatible."

"I did cry a lot," said Bridget. "It's only natural and normal for me to be upset about the situation."

"I've had the time to kind of heal and move on and I'm in a good place and I'm happy and I'm happy for them. I love both of them and I'm not angry. I don't want to fight with him because  - I don't hate you Marc."

Bridget said that she was still single - "it's lockdown Jason".

Marc and Marisia living together after Thailand tour
"We have kind of fast-tracked a few things now that we're living together, due to lockdown," said Marc later in another segment done from his Cape Town home with Marisia.

When Jason Greer asked about the ring, Marc said "just seeing her with it and the way that she lit up with it, and then there's a little inscription inside by the way - it says stronger together, forever, baby girl".

"We both thought it would be a great idea to move in together during lockdown because when you're not seeing each other  - it's the beginning of a relationship, it's hard to build that trust, and to have that trust going without knowing that that person's there."

"With any relationship at the beginning, you spend as much time as possible together."

About their secret Thailand trip Marc said that he and Marisia are "good travel buddies. We like similar things. It's more about the experience than fancy things - just exploring as much as possible. We never really sat at the hotel and did nothing."

Marisia said "We've grown as individuals, but also together and for me that's such an important thing - not only growing together but also encouraging each other to grow as individuals".

"That's why I hold onto this relationship. I really want this and I want to fight for this and I would go to the end of the world for this to work out because I do feel like my heart is really here and I do not want to be anywhere else."