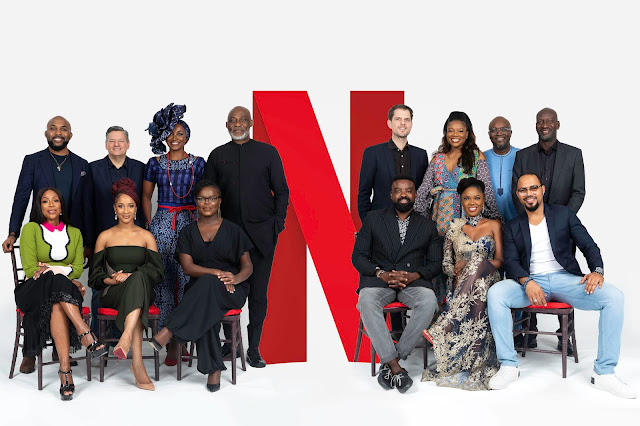 Netflix's first Nigerian series commission with a first season of 6 episodes, follows after series like Queen Sono in South Africa headlined by Pearl Thusi that will debut on the streamer this Friday, the Cape Town, South African set youth drama Blood & Water, and the animation series, Mama K's Team 4.

The so-called "Akin Omotoso project" will be directed by Akin alongside Daniel Oriahi and CJ Obasi.

The supernatural series, set in modern-day Nigeria and shot in Lagos, will tell the story of Kemi, a goddess reincarnated as a human to avenge her sister’s death. First, however, she must learn how to use and harness her superpowers to defeat her enemies and save her family from destruction.

The series will be produced by Rififi Pictures.

"I'm excited that in the same week that we're launching Queen Sono, we had the opportunity to be here in Lagos with Nigerian storytellers to share plans of our first Nigerian original production," says Dorothy Ghettuba who leads African Originals at Netflix.

"Our continent has a wealth of diversity, multiplicity and beauty in stories that have yet to be told and we want to be top of mind for creators in Nigeria, especially when it comes to stories they haven't had a chance to tell yet."

Ted Sarandos, Netflix’s chief content officer, in the prepared statement announcing Netflix's first commissioned series, says "We're incredibly excited to be investing in Made in Nigeria stories - bringing them to audiences all around the world".
on 12:40:00 PM