REVIEW. A girl at a private school dies and everyone's a suspect in the teen murder mystery drama series The Girl from St. Agnes on Showmax that's okay-ish but ultimately disappointing. 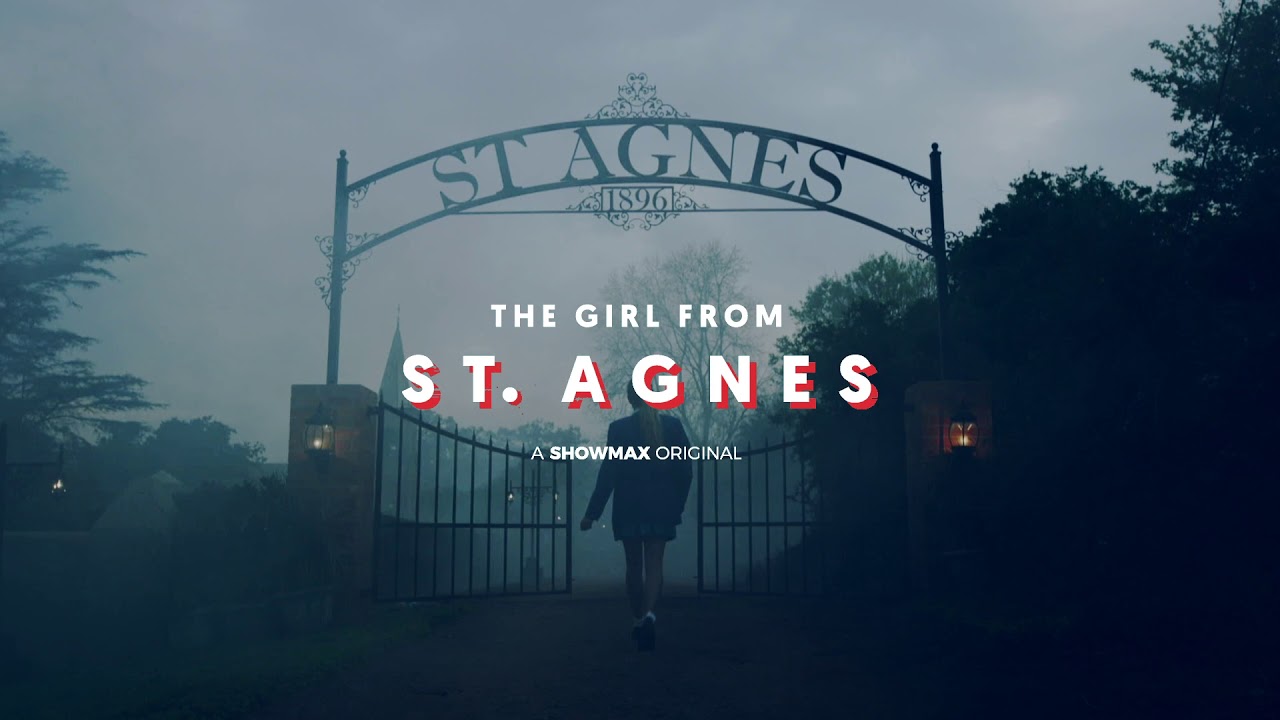 A girl at a private school for rich kids where life revolves around appearances is murdered and everyone, pupils and adults, are suspects in the 8-episode teen drama series The Girl from St. Agnes on Showmax that's "okay"-ish but ultimately disappointing and not living up the 2018-announcement hype.

Watched in isolation The Girl from St. Agnes as Showmax's first original drama series has some problems but nothing egregiously "wrong" with it.

However, in a connected world it suffers more when viewed in comparison and in the knowledge of competing video streaming service Netflix's recent ELITE that tells the same type of story, done much better.

It's somewhat jarring that Showmax chose for the premise of its first original drama production the exact same kind of story with a similar kind of plot to a show on Netflix - one that South African viewers can access with similar ease.

It's like Chinese users being offered Baidu, making as if Google that's blocked there, doesn't exist or that consumers won't know of its existence. Ironically it's probably what will happen, with African viewers watching the King Joy egg unaware of the Kinder Joy that goes before it internationally.

Like ELITE a school girl dies, at the St. Agnes private high school in the KwaZulu-Natal Midlands. Similarly, the victim's body is discovered on the evening of a school dance that gets disrupted.

Everyone's backstories, motives and secrets are then revealed, also through 8 episodes. Besides the reveal of the guilty person in the final episode, there is also a similar kind of twist.

Stylistically The Girl from St. Agnes actually reminds of The Wild that was on M-Net and that was also shot on location and is now on e.tv (and not because Tyrone Keogh co-incidentally appears in both).

Quizzical Pictures did well with the aerial drone shots. Night scenes, of which there are a lot, are cleverly lit and well-filmed.

St. Agnes and its iron arch do however look too much like a fantastical Hogwarts during Harry Potter students' arrival and there's too much smoke machine for fog throughout the episodes.

A faux-British accent from several characters are offputting and comes across as weird for a contemporary South African setting. Do some South Africans really speak like this? At the end of the media screening of the first episode a journalist actually said: "I went to Michaelhouse and we don't speak and act like that".

A film style choice that's neither here nor there is the deliberately shaky camerawork. It doesn't detract, but is odd. Why? For immediacy? To lend a "gossipy" first-person, viewer-spying-on-conversations tone?

The show definitely does have too many cropped, close-up shots. Is it too disguise that there is not really a school or a real(istic) broader school environment (the show was filmed in part at King's Grant Country Retreat in Ixopo)?

There are scenes that are a joy to watch and where everything in The Girl from St. Agnes brilliantly comes together - the acting, the editing, the music and sound, the script, the scene blocking and directing and timing: Look out for the scene in the first episode taking place inside the teachers' room when the headmaster does a prayer and the physical and metaphysical thud it closes with. Excellent.

Some of the school "kids" look too old for the roles. Jane de Wet as Lexi Summerveld, the girl who dies, fits the age and her role well. Not so with some of the others.

The acting of some of the supporting cast is not that great but some of them actually improve in the later episodes with a more believable performance by the final episode. There are some over-acting from Nina Milner in the role of Kate Ballard, but her role is that of drama teacher so let's move on.

Particularly the acting of Zakeeya Patel and Nina Milner are better in the final episode than in the first episode; the same for others. 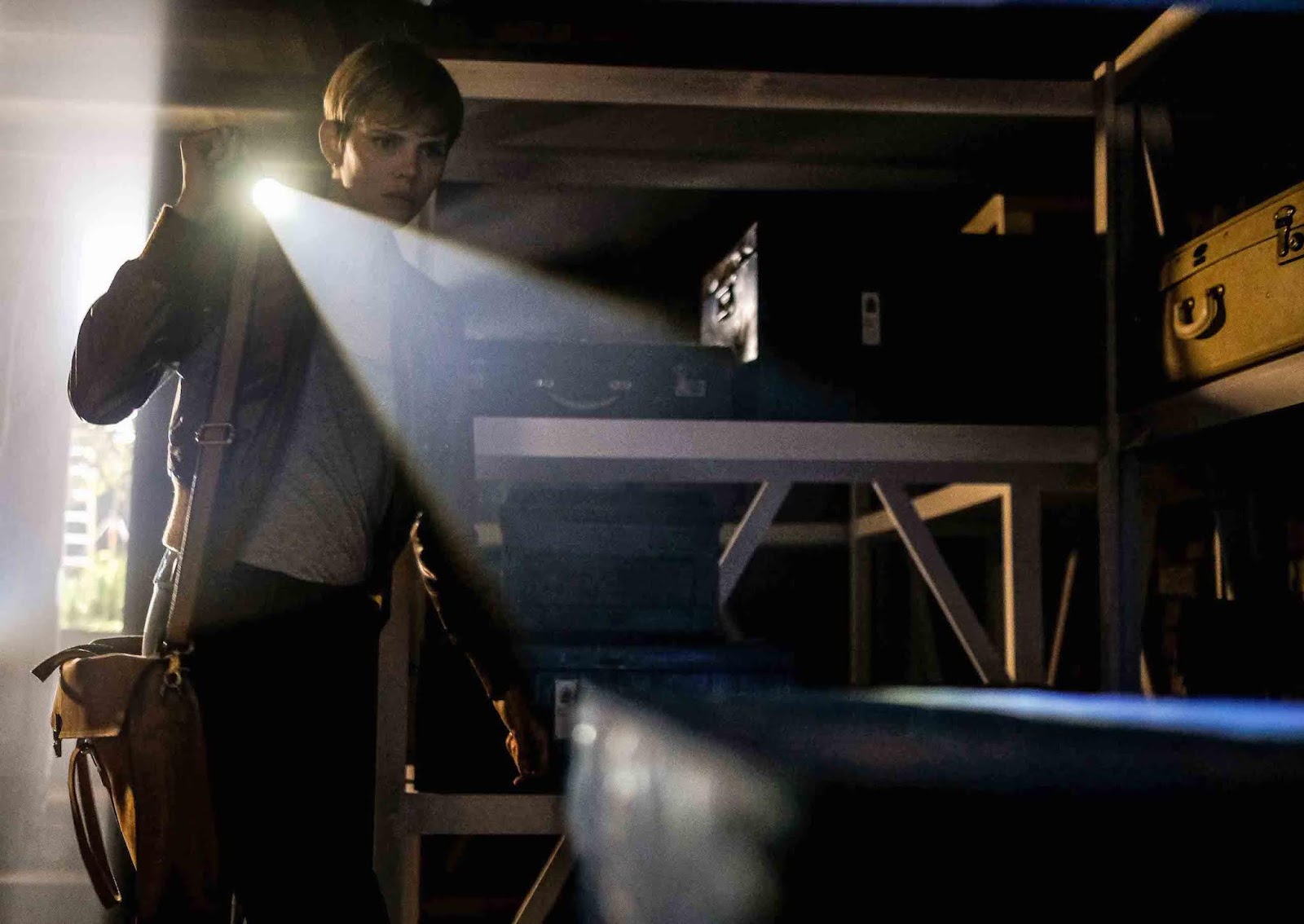 With a 16VSNL age restriction, something that actually rankles in The Girl of St. Agnes is the language use.

For the most part the cussing and swearing don't feel natural or organic for most of the characters - as if the script from Gillian Breslin got a later go-over revision to artificially insert four-letter words as if to say: "Look mom, this is one of the in-your-face markers to show this is a streaming show and not a TV show".

Would the characterisation and believability of who the characters are, be less without the f-bombs? Nope. So why do it just for because?

Working into the story, visually, the social media and messaging behaviour of characters are fine. It could be done better but it's not offputting and it is a difficult "new-TV" thing to do.

For its first original, Showmax's The Girl from St. Agnes is quite "white" for a local South African production. Can you say that? A lot of scenes are between two white people talking about another white person from the beginning, right to the end of the final episode.

It literally made me think for the first time of whether local South African television perhaps needs something like the Bechdel test for movies, but for on-screen diversity. Would the story work better if perhaps the headmaster and Lexi were both also cast as people of colour?

It's really commendable that Showmax is starting to do more local productions and dipped into drama.

It's great that principal photography took place in a province outside of Gauteng. Hopefully it's the start of more, as well as more representation and more uniquely South African and African stories.

The Girl from St. Agnes as a video streaming version of SABC1's Skeem Saam is okay, it's just that in the end it feels derivative and not as satisfying as the similar show that came before it.


ALSO READ: REVIEW. A girl at a private school is murdered and everyone's a suspect in the teen murder mystery drama series ELITE on Netflix that's a terrific guilty pleasure.
on 11:59:00 AM