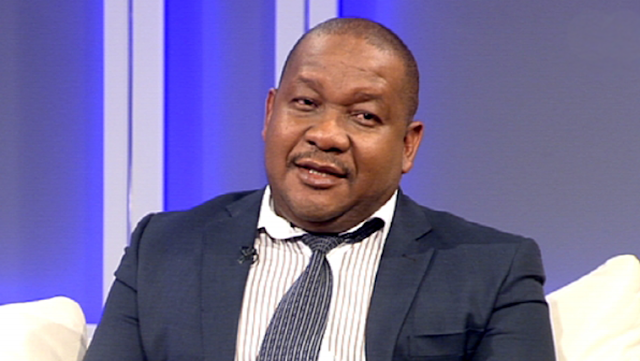 The political analyst Dumisani Hlophe has been appointed as the SABC's new permanent political editor in the long-vacant position at the South African public broadcaster.

The SABC in a statement says Dumisani Hlophe's "new role at the SABC News and current affairs division will include managing and guiding the news political team in ensuring a high level of authoritative, accurate, engaging and fair political journalism; the values SABC News treasures in ensuring constant fulfillment of its mandate and in providing content in a balanced and unrestrained manner".

The SABC says Dumisani Hlophe "has vast experience in the political, research and content programming fields emanating from working as a political science lecturer, writer, political analyst, and political editor among other responsibilities he was previously entrusted with".

Dumisani Hlophe in a prepared quote issued by the SABC says "it is an honour to be part of a public broadcaster that seeks to strengthen the country's democracy; and to be joining a seasoned media personnel who strive to do their best in delivering quality news content to the South African citizens and the continent".

"His appointment [is] yet another step taken by the public news service to consolidate its position as an independent and impartial news provider," says Phathiswa Magopeni, the head of SABC News and current affairs.

"He comes in during a transitional stage where we are not only strengthening our adherence to the public mandate, but also strategically transforming our newsroom by examining our editorial processes to ensure credible and trusted content to the public of South Africa and beyond."

"We are therefore confident that with the experience and political expertise he brings, Dumisani Hlophe will add value to our political coverage, especially with general elections coming in 2019. We look forward to working with him and wish him the best".

Dumisani Hlophe has a master's degree in political science from the University of KwaZulu-Natal, a certificate of executive leadership and management from the Gordon Institute of Business Science (GBIS), a certificate in advanced research  methodologies from Stellenbosch and is currently working on his PhD in political leadership and state performance at the University of South Africa (Unisa).
on 6:54:00 PM