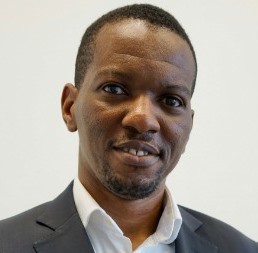 Sony Pictures Television (SPI) is switching to a new global territories and country management model and has appointed Kunle Falodun as the "country" leader for Africa.

Kunle Falodun, from Nigeria, joined Sony Pictures Television in its London office in July 2017 as vice president of distribution for Africa, to drive Sony's plans for the African continent.

Under the new, combined combined global networks, worldwide distribution and home entertainment unit, the various country leaders will work according to the new territory management model and each have regional oversight of TV and home entertainment distribution, as well as Sony Pictures Television-owned networks in their respective territories, like for instance The Sony Channel (DStv 127) and Sony Max (DStv 128) available on MultiChoice's DStv satellite pay-TV platform in South Africa and across the rest of Africa on GOtv.

"As announced last month, we are moving to a new territory management model which brings together, under a single local leader, businesses that have been historically separate, giving us the ability to make smart, strategic business decisions," says Keith Le Goy, Sony Pictures Television president of worldwide distribution.

"With this new leadership structure, we have already seen increased collaboration and the generation of great ideas driving our business forward. From innovations in how we work across SPHE windows to developing new revenue share models around the world with AXN, we can already see meaningful early wins."
on 9:09:00 PM