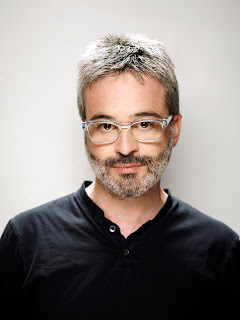 The revived Star Trek television franchise currently revolves around Star Trek: Discovery on CBS All Access and seen on Netflix around the world outside of the United States, like Netflix South Africa.

The current Star Trek: Discovery co-creator and executive producer Alex Kurtzman has signed a new 5-year deal with CBS Television Studios to develop the spin-off series and other content.

"There is a very short list of writer-producer-directors that every film and television studio wants to be associated with, and Alex and his Secret Hideout team are always at the top," says David Stapf, president of CBS Television Studios in a statement.

"His talent, taste and ability to shepherd a successful project is unparalleled. Alex has done remarkable work for our studio, dating back seven years to the launch of Hawaii Five-O, and we are thrilled that he will be partnering with us for a long time to come."

Alex Kurtzman says "CBS has allowed us the great pleasure of reintroducing the world of Star Trek audiences new and old, and we are very excited to keep working alongside them to expand that world."
on 9:48:00 PM