From Dubai with a dream: Thousands queue for the Cape Town auditions of SABC3's Presenter Search on 3 - as someone even bought a one-way ticket and flew from Dubai. 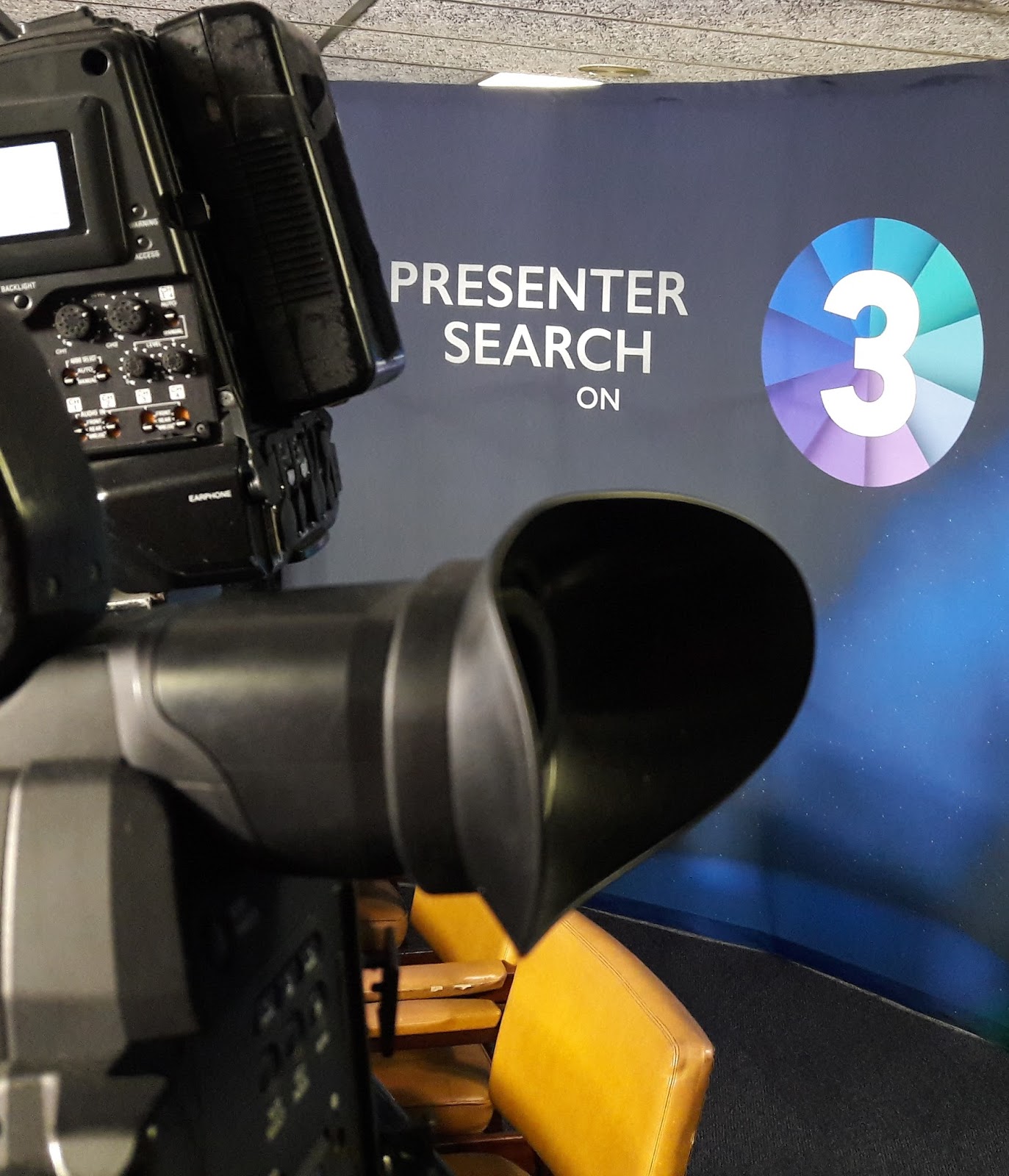 Anita Buys living abroad with her family was so determined - with such conviction that she's the new TV presenter that SABC3 is looking for - that she booked a one-way ticket and flew all the way from Dubai to Cape Town to come and do an audition for the Presenter Search on 3.

Thousands of people from across South Africa patiently queued on both days of the past weekend at Newlands Rugby Stadium when SABC3's nationwide auditions, that kicked off in Port Elizabeth, did its second auditions session in Cape Town on Saturday and Sunday, before moving on to Durban this coming weekend.

On Saturday people queued from very early for the chance to be seen by the regional judges Spitch Nzawubmi, SABC3's acting brand manager Smangele Mauka and Expresso's Graeme Richards; and on the Sunday Sean-Marco Vorster, Tumi Voster and Khanya Siygeno.

The former winners Jonathan Boynton-Lee and Danilo Acquisto made an appearance alongside Expresso presenters Katlego Maboe and Leigh-Anne Williams. 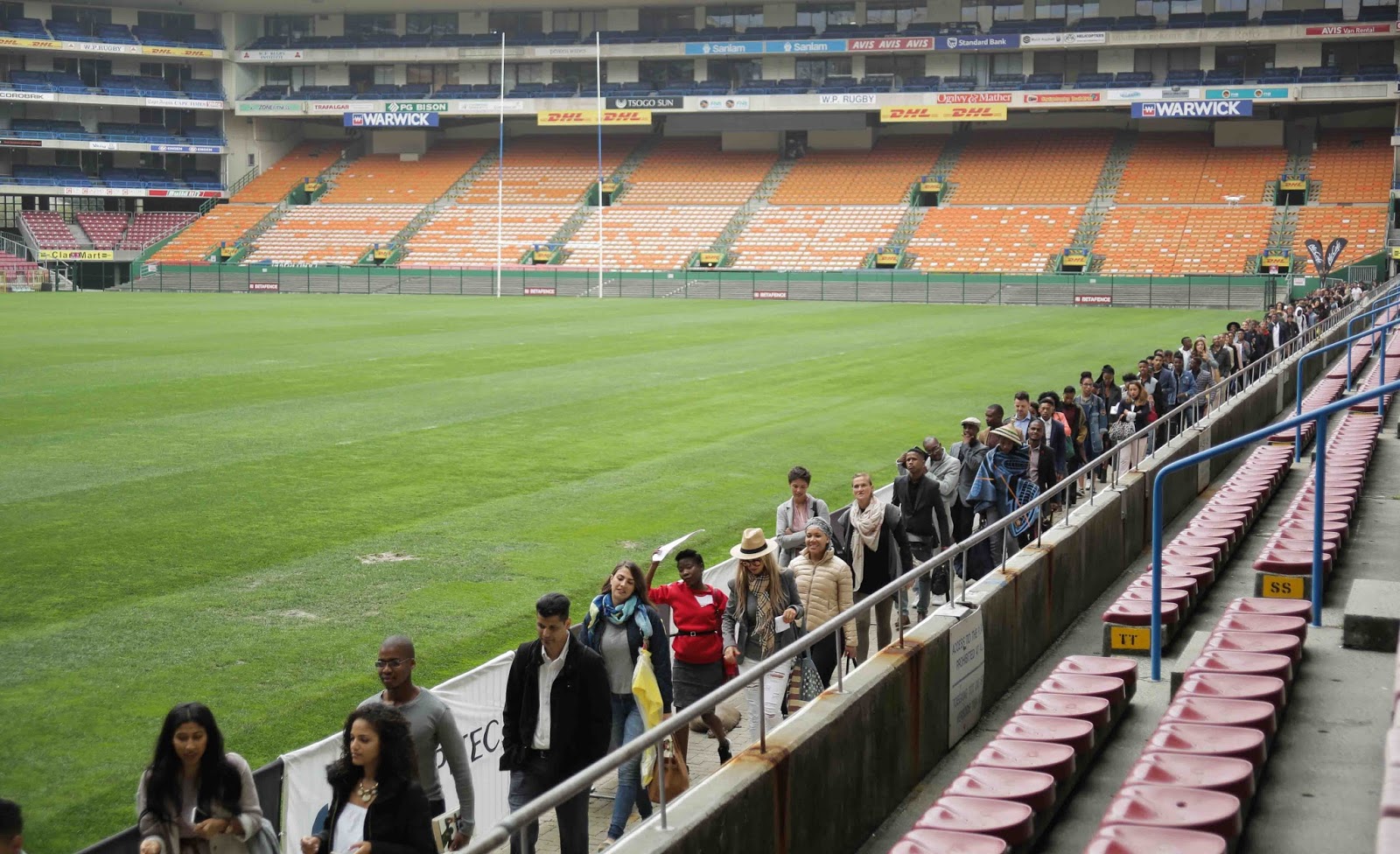 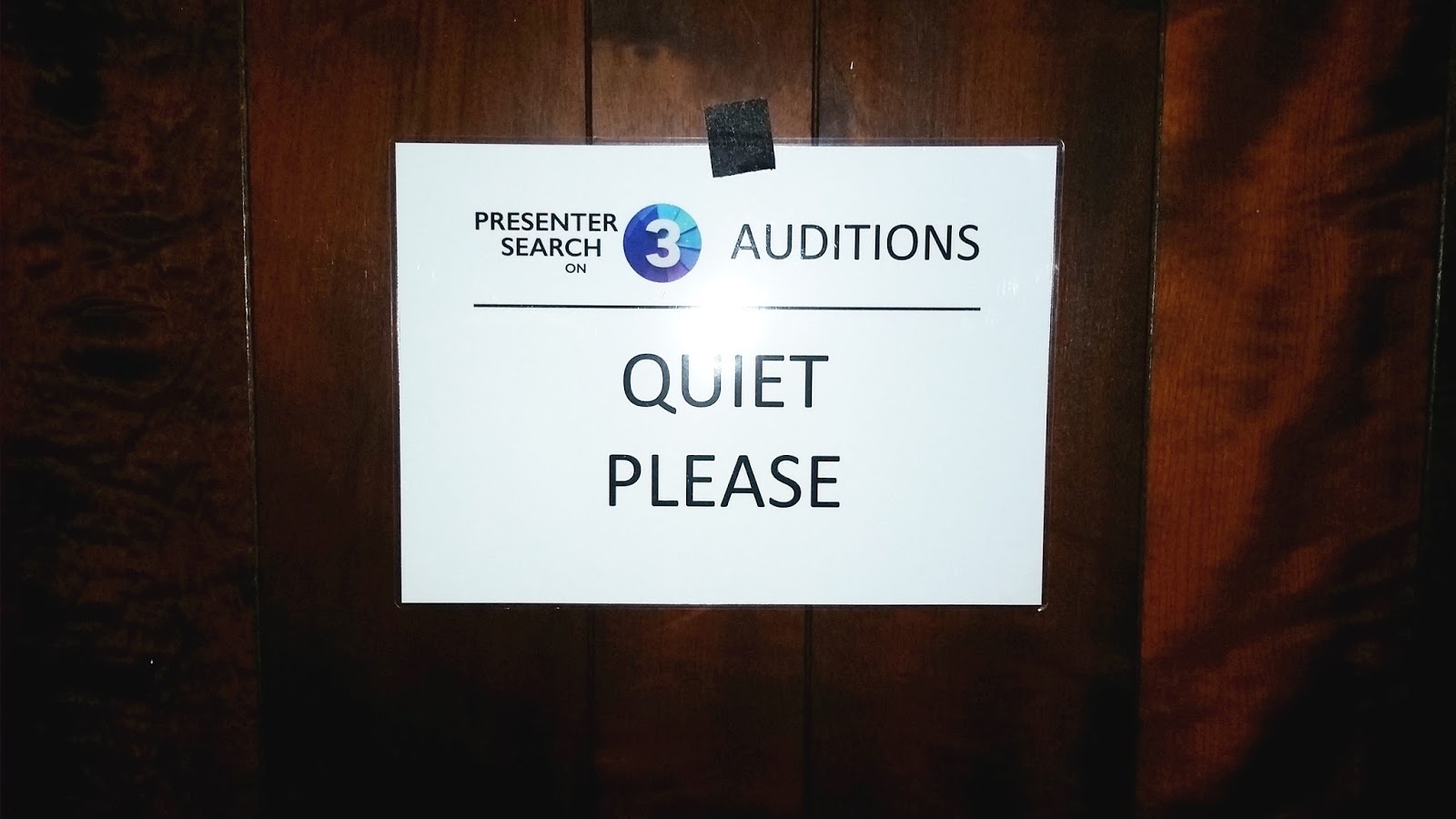 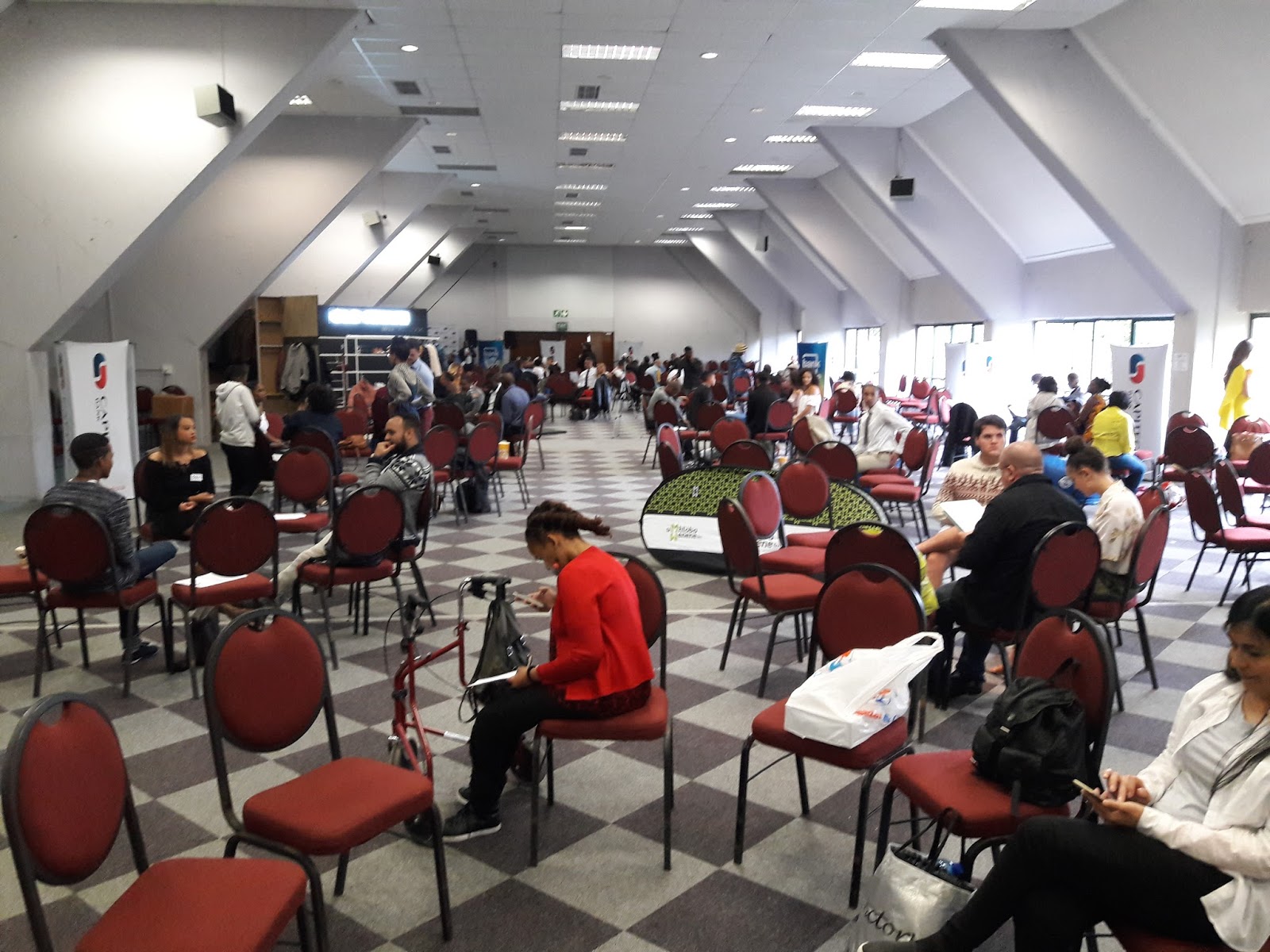 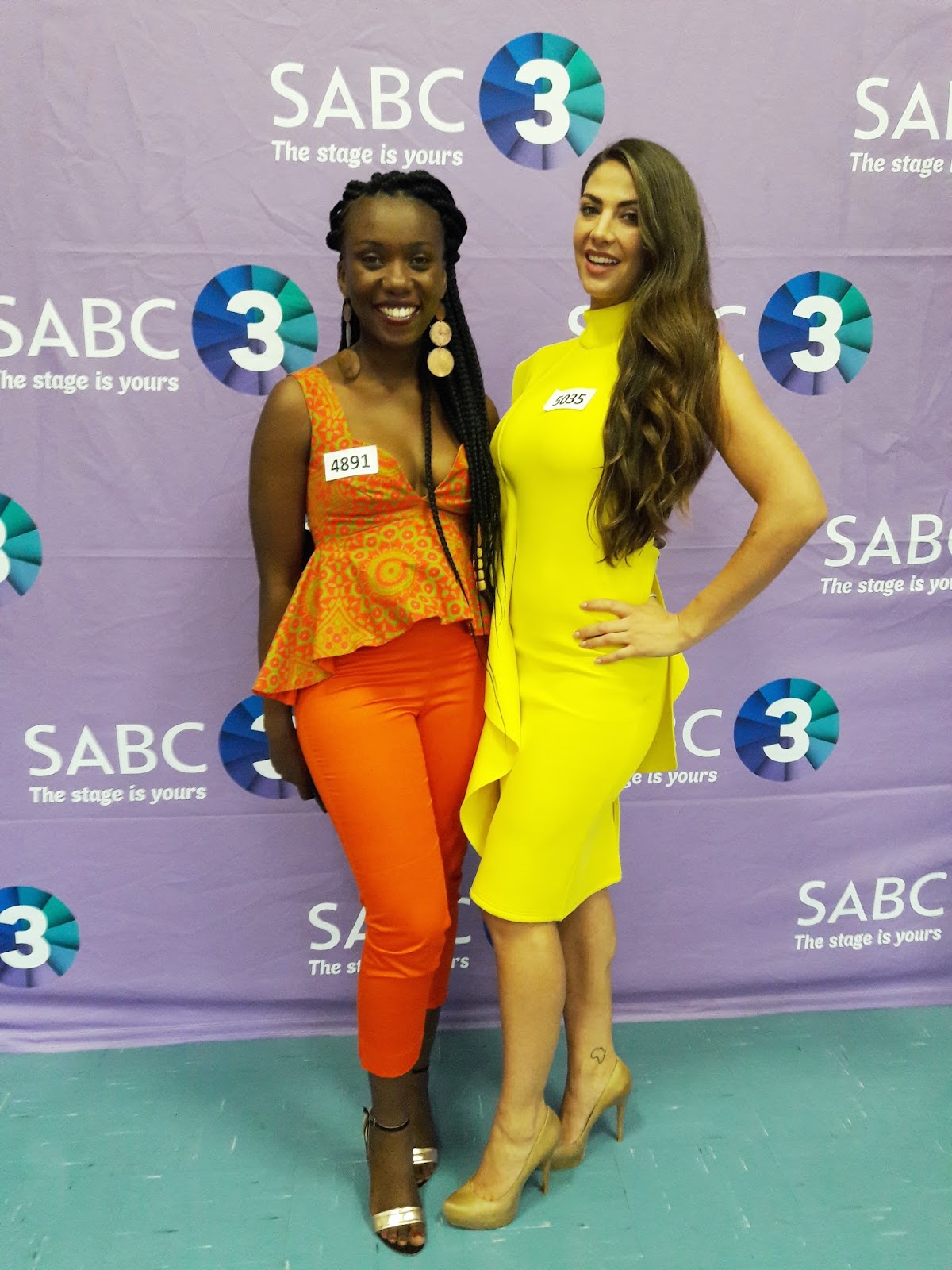 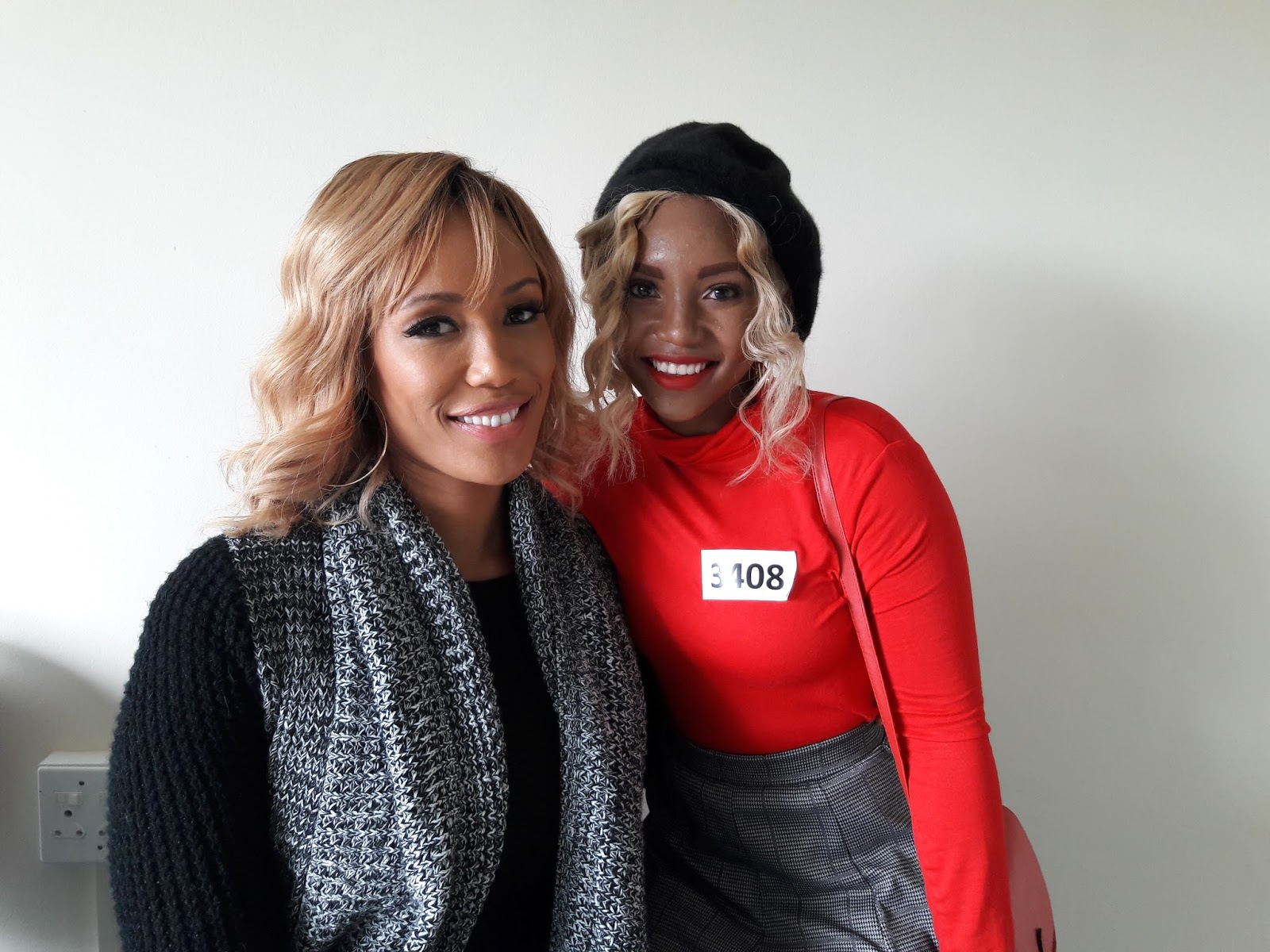 After the huge response to the Port Elizabeth and Cape Town auditions, the nationwide search moves to Durban this coming weekend on 14 and 15 April at the Durban Exhibition Centre, and then on to Johannesburg on 20, 21 and 22 April at the Wanderers Cricket Stadium.


Khanyna Dumjana (20) from Kuilsriver who was first in the queue on Saturday at the Cape Town Presenter Search on 3 auditions told TVwithThinus that she was first because "I did not sleep. Really I didn't sleep. I made sure that I'm here very early, accompanied by my little sister as well. I got here at 2am."

As to why she decided to enter she said "For me TV was always a way to escape reality, and I can do that for someone else who's going through stuff".

Noah Mbongo (20) from Hermanus who woke up at 2am and got to the auditions at 3am, said "I've always had a passion for being on TV and hopefully this is my window". 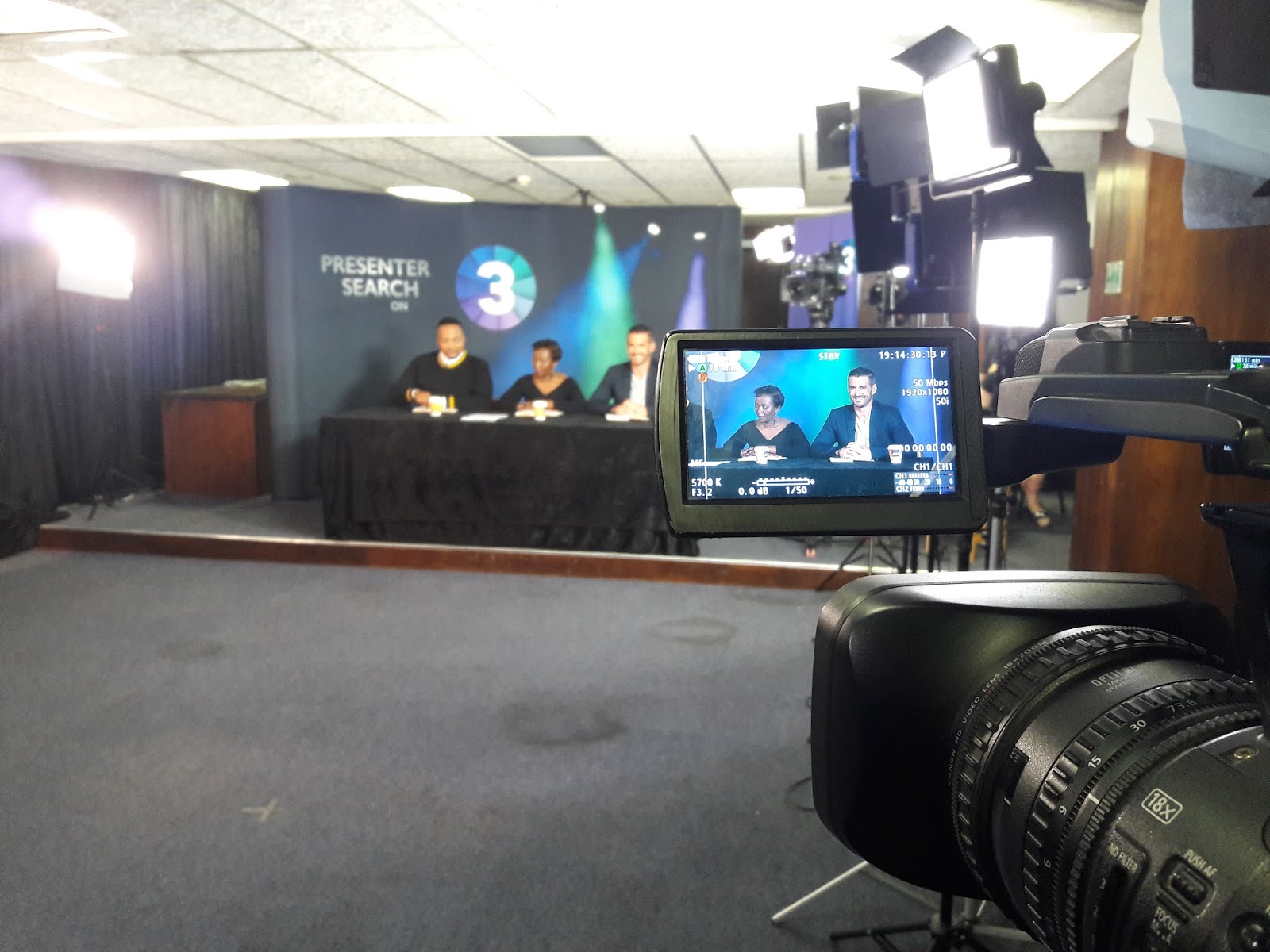 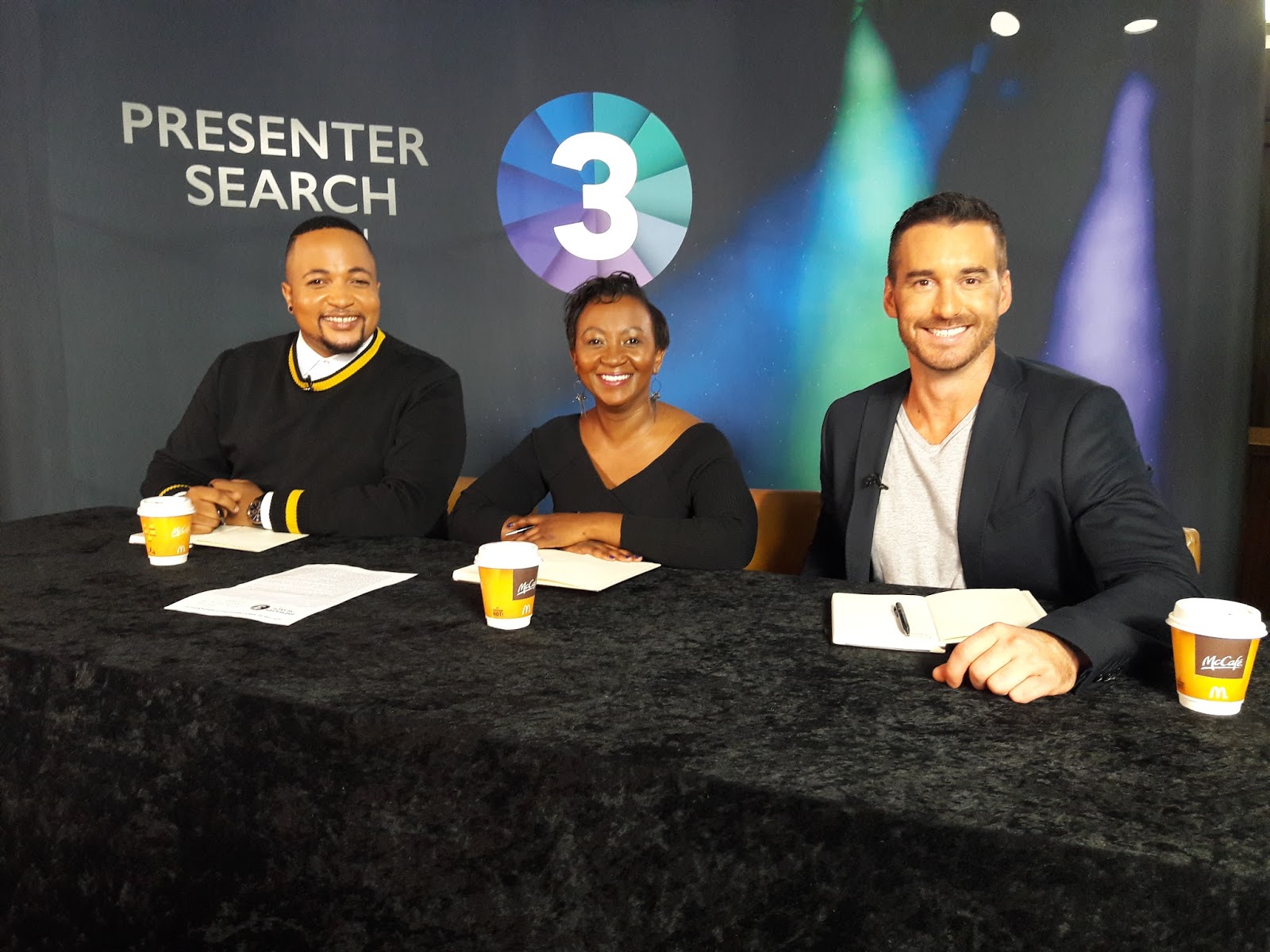 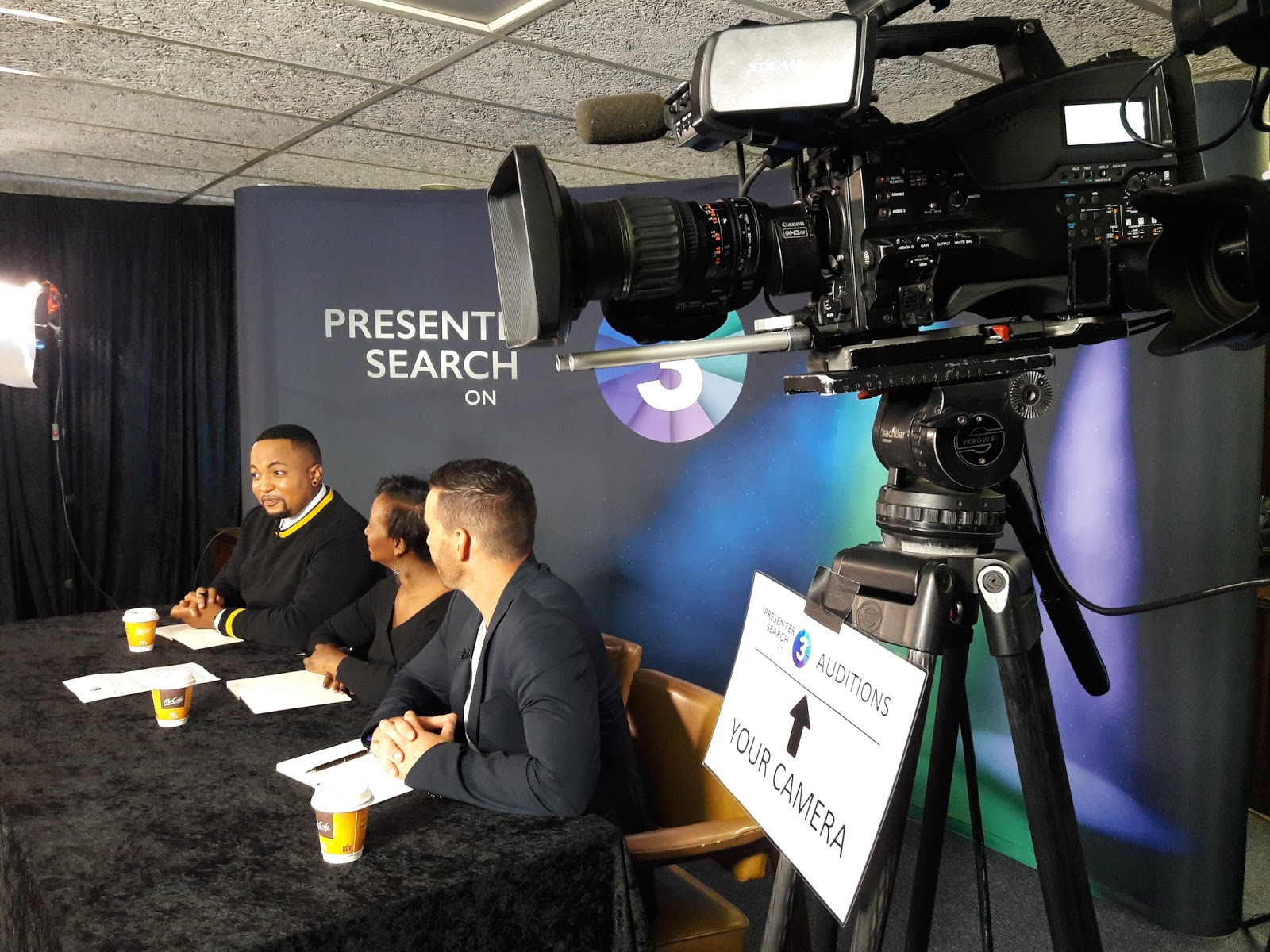 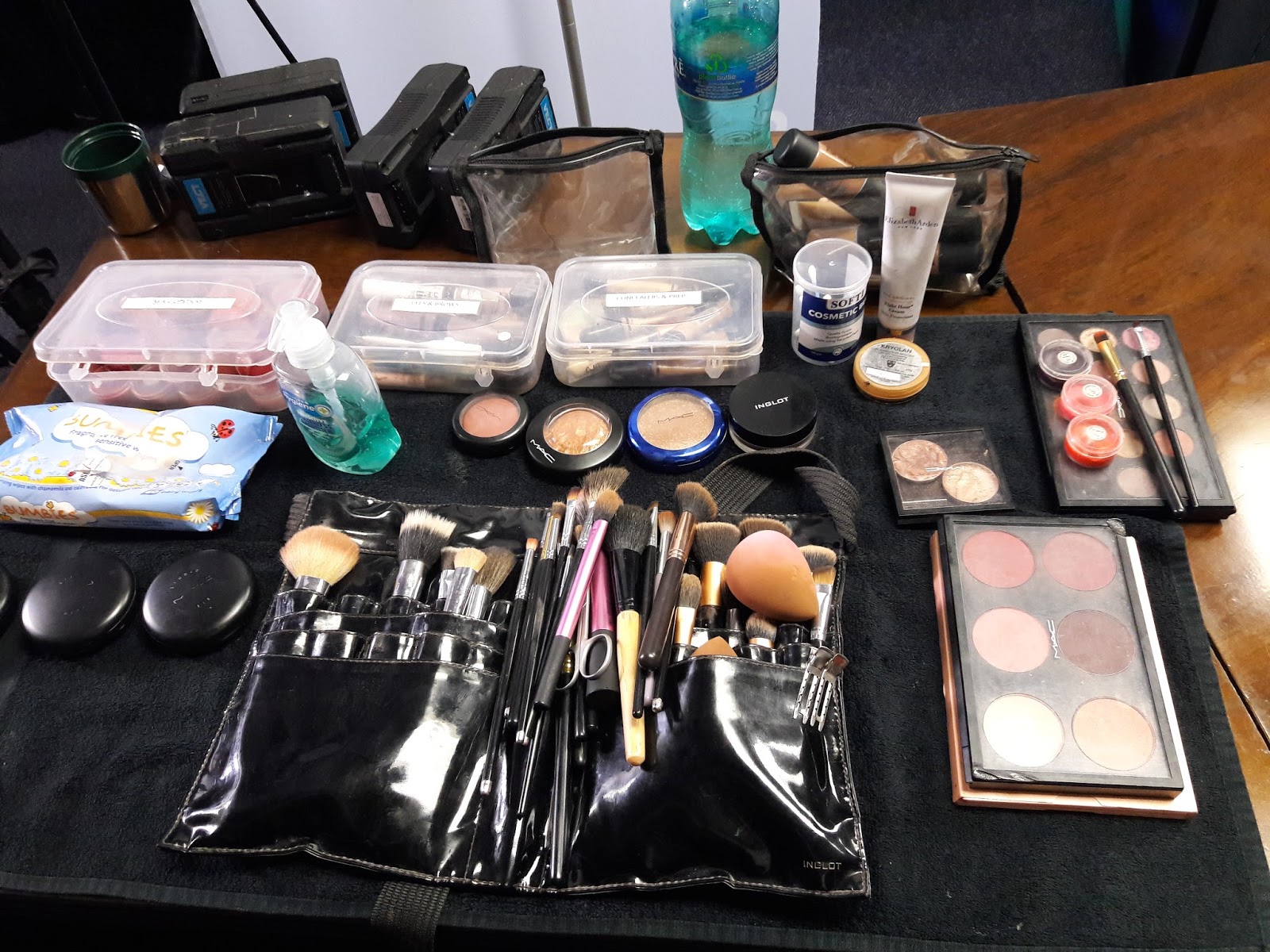 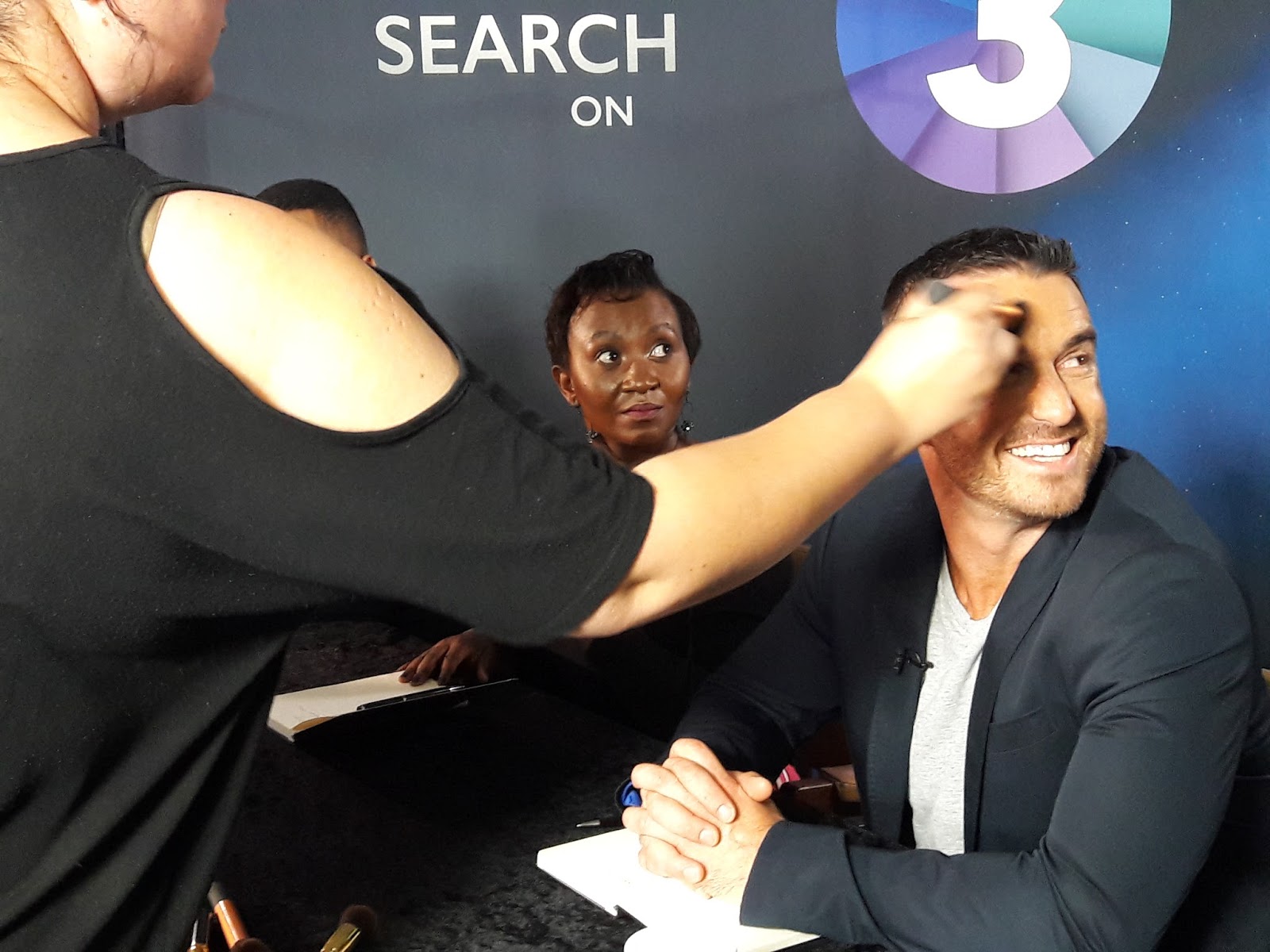 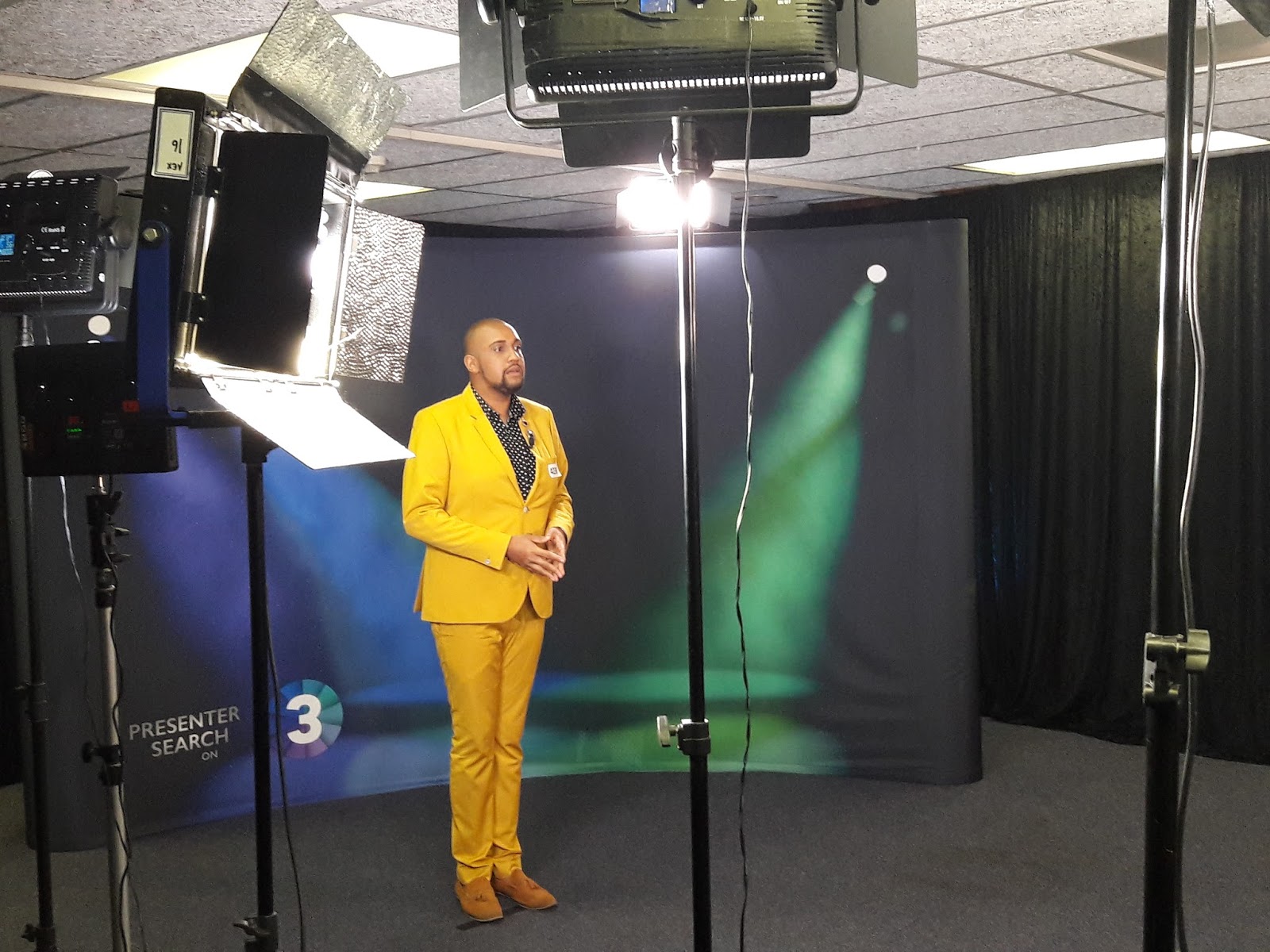 Kobus Badenhorst (25) from Claremont who woke up at 4am said he decided to enter "because I've always liked to communicate with people and to find out their stories. I've always watched Expresso and Top Billing and it's always seemed to be the ideal platform to connect with people".

Nelisa Msila (21) living in Pretoria said "I've always had a thing for TV and presenting, and I love to talk so this chance combines all worlds into one." She woke up at 3:10am.

"The whole week I prepared to find the right words to put my personality into those 15 seconds you have to present yourself." She said she would love to be on Top Billing "but I wouldn't mind Expresso because I think any show would be a good fit for me". 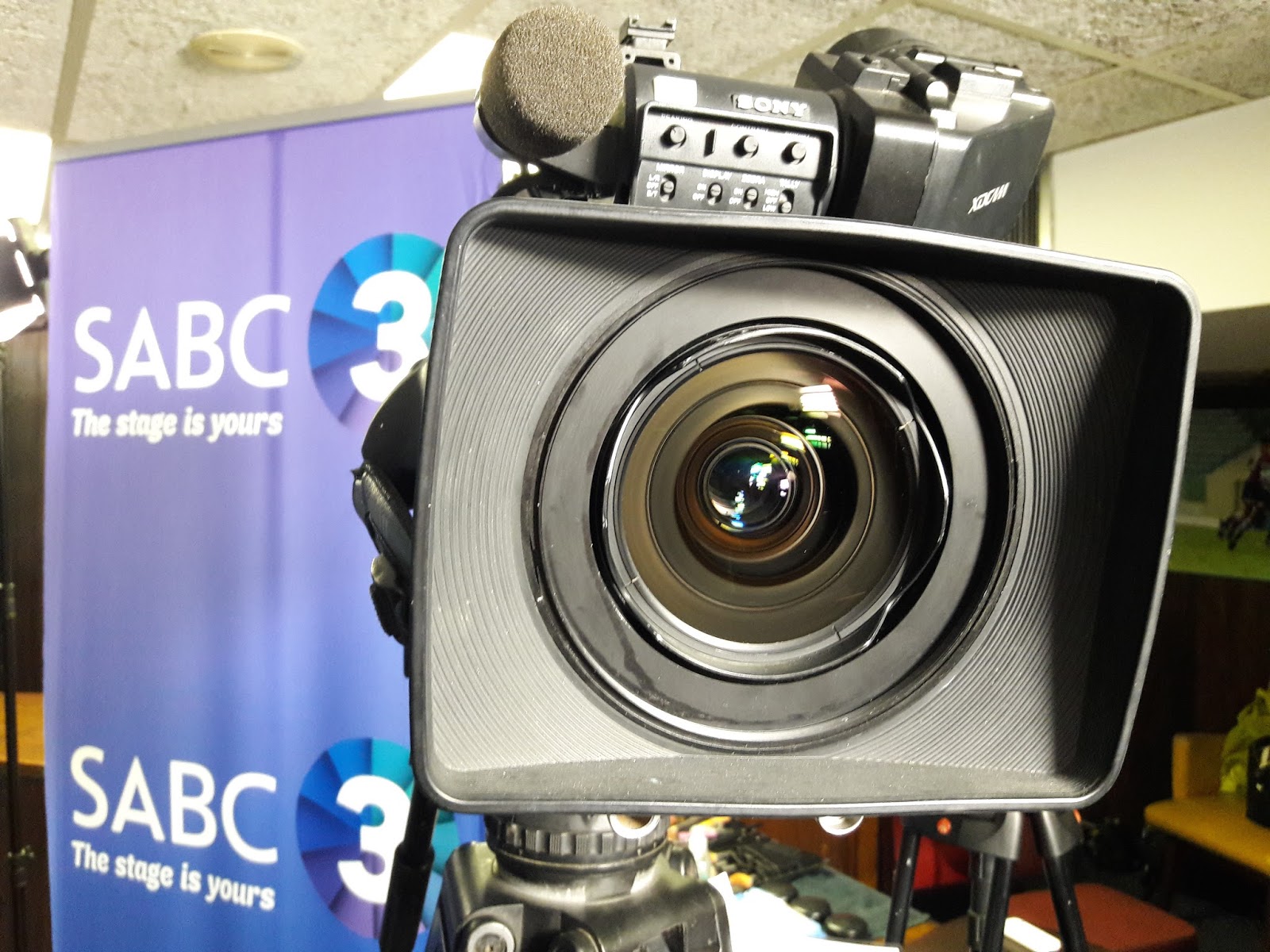 Neo Mohapi originally from Welkom but now living in Cape Town said "growing up watching watching YO.TV, I've always fantasized being on TV and loved the presenters - they made it look so amazing even though you know that doing TV presenting isn't as glamorous as it looks."

"The Presenter Search on 3 is such a grand opportunity. I don't mind at all waiting in the queues because you never know what might happen and you just really never know where you might end up."

"Top Billing has always had me feeling that, you know, whatever you want to dream, or whatever you can think of, you can attain it. I've always loved how they show ordinary people just like us who've worked from nothing and then ending up being phenomenal people having great things in life." 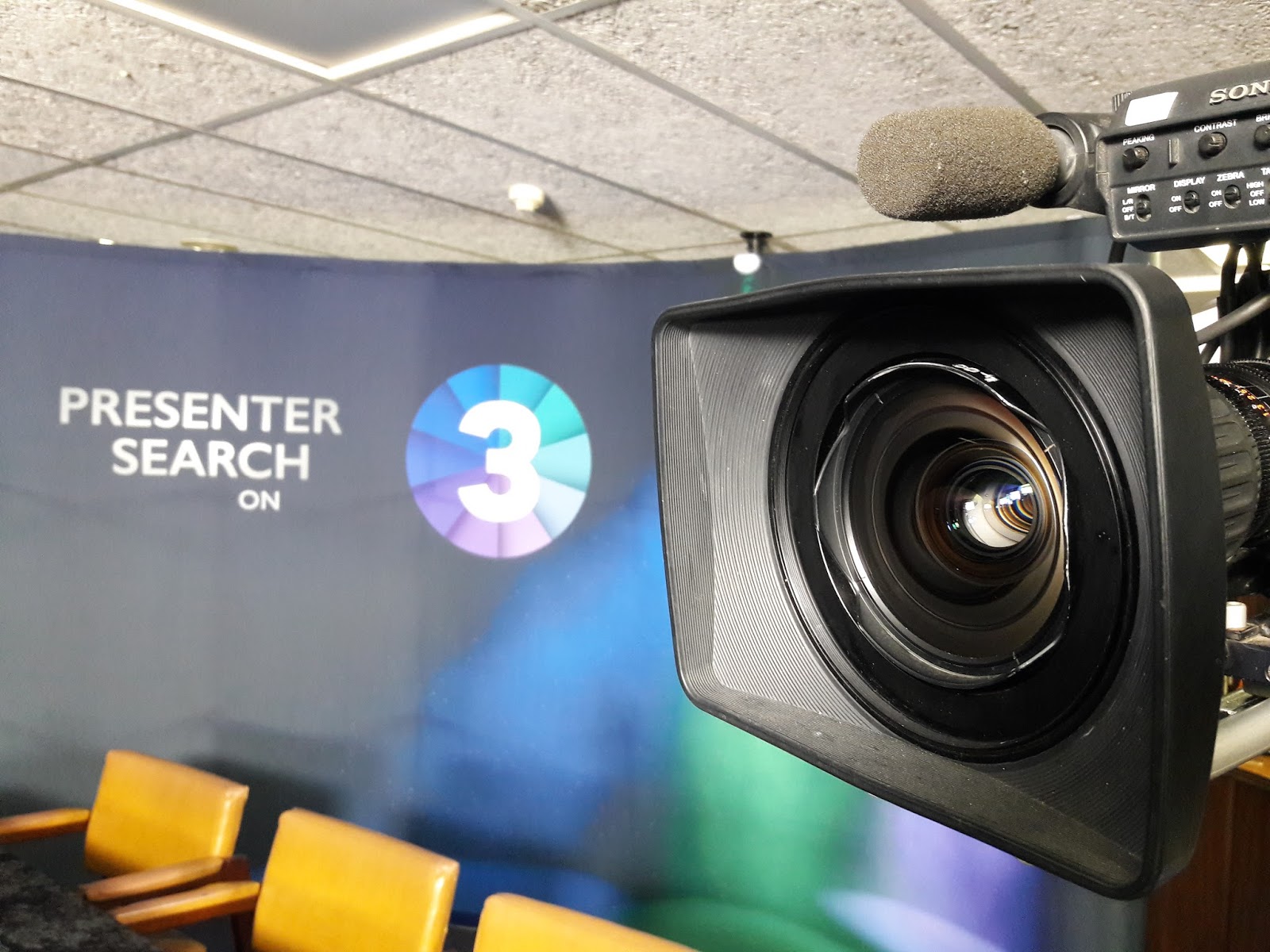 From Dubai with a dream
Anita Buys who was born in Zimbabwe, grew up in South Africa and then moved to Dubai with her parents got on a plane with a one-way ticket and flew all the way from Dubai for the Presenter Search on 3 auditions in Cape Town.

"Three weeks before I saw the Presenter Search on 3 auditions coming up and I literally booked a one-way ticket to Cape Town. When you move abroad, you can never think that it's going to be permanent."

"My parents were shocked - I think speechless for a little while. They didn't really understand the whole process of me relocating or what I would be doing."

Anita says "it's a one-way ticket - so there is no return. Ha ha. But my plan is really to go all the way with SABC3's Presenter Search on 3 and to make it all the way to the top 3."

"I do see myself on Top Billing. I do see myself presenting first thing in the morning helping everyone wake up and get energised with Expresso. So that's the plan. If they literally need me to be here for a month, I will! Just quickly go home and pack a few boxes and come back and I'm ready."

Anita told TVwithThinus that "you don't even understand the preparation that went into this. I did so much research and preparation. I started 3 weeks ago and watched very single episode of the previous season of Presenter Search on 3 in 2015."

"I was looking out for who the judges are. When I walked in here I quickly looked around and I saw Graeme Richards from Expresso and I thought "Oh, cool, I know Graeme from seeing him. The preparation started early and it was quite intense."

"It felt like I was on a 2-week intensive course of just understanding the SABC3 brand and understanding the Tswelopele Productions team and the great relationship between Patience Stevens and Basetsana Kumalo and Top Billing celebrating 25 years on TV. It's awesome. These are milestones. I'm just so impressed by what they've managed to achieve and I would kill to be part of the SABC3 family." 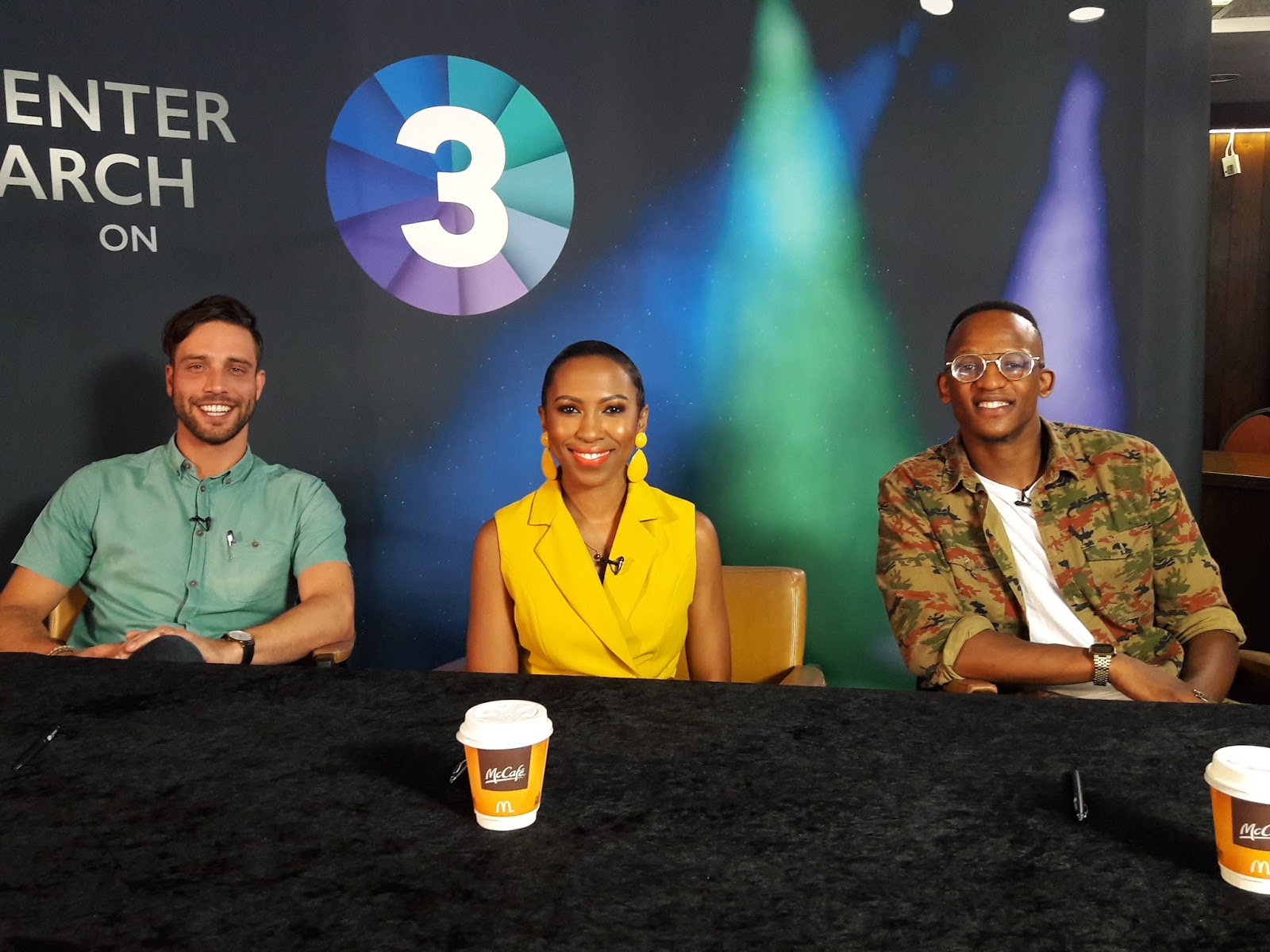 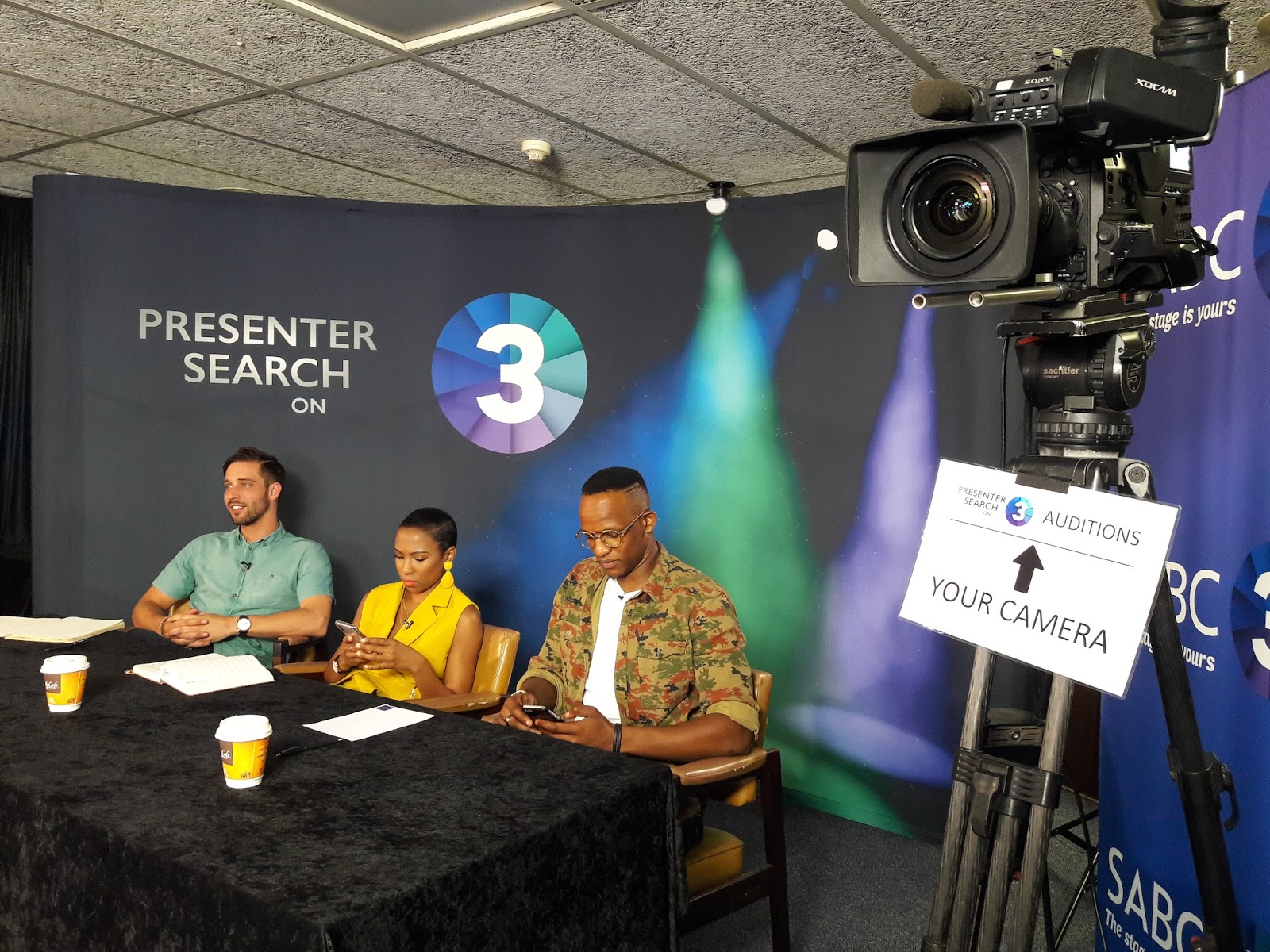 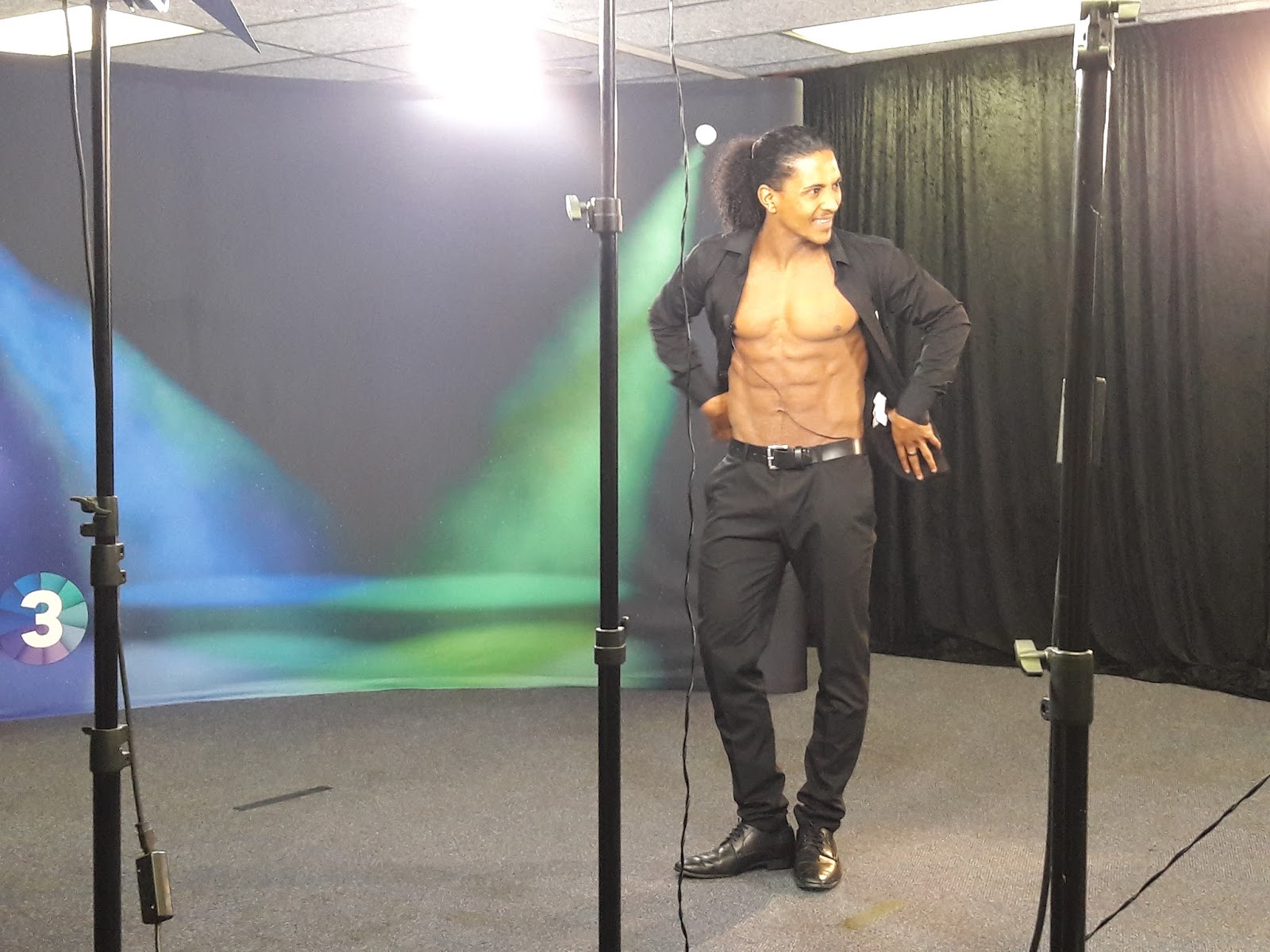 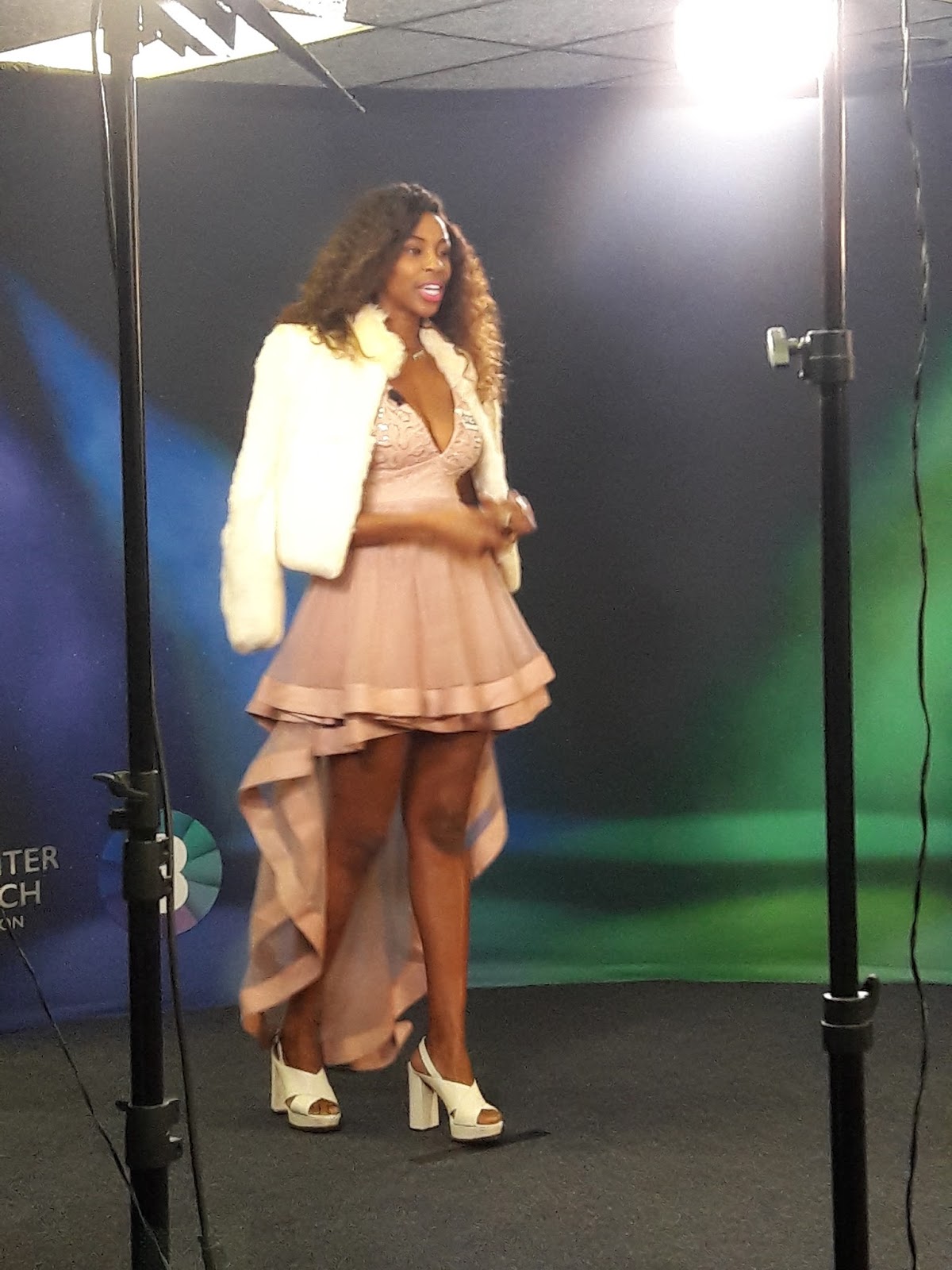 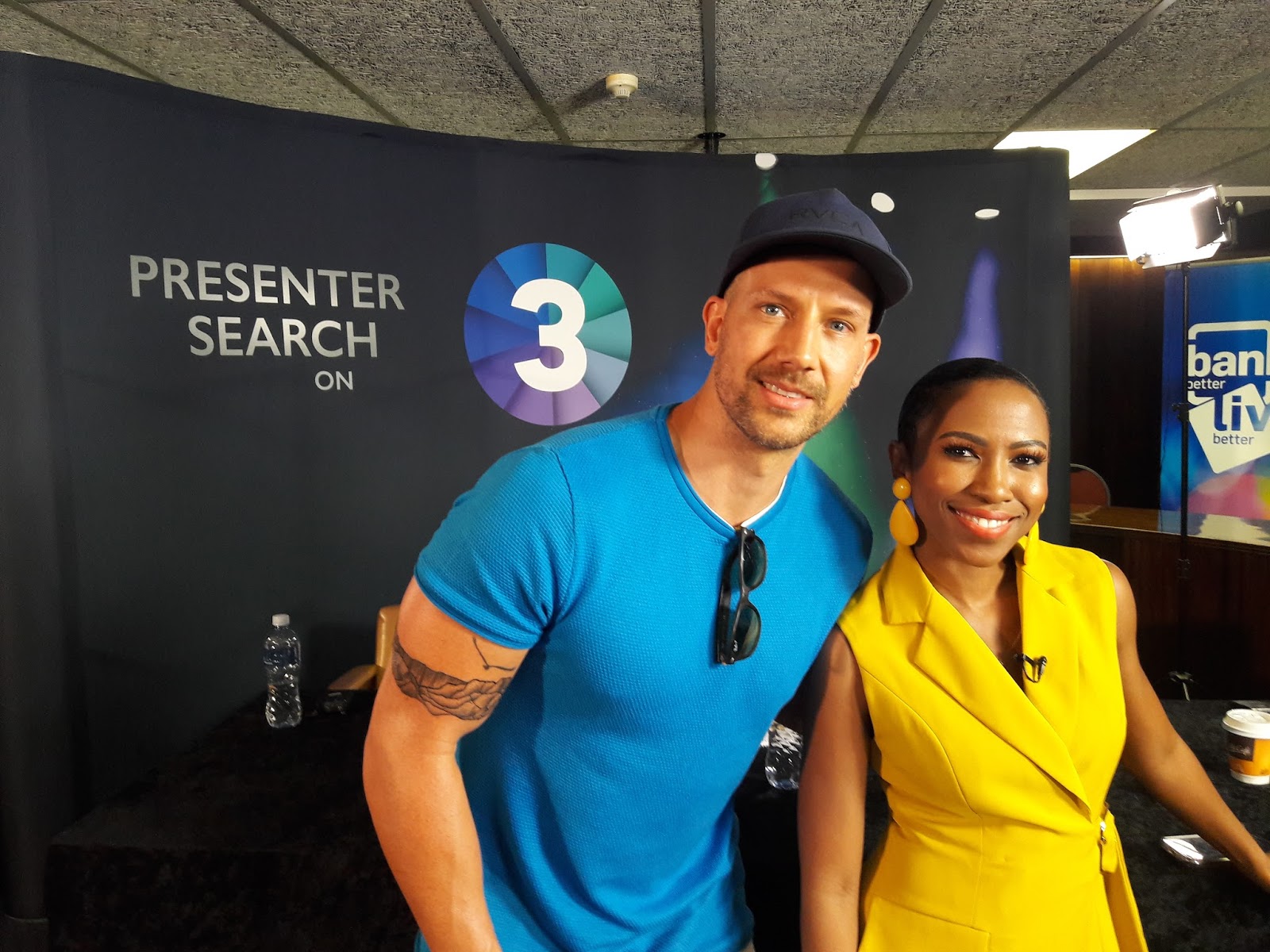 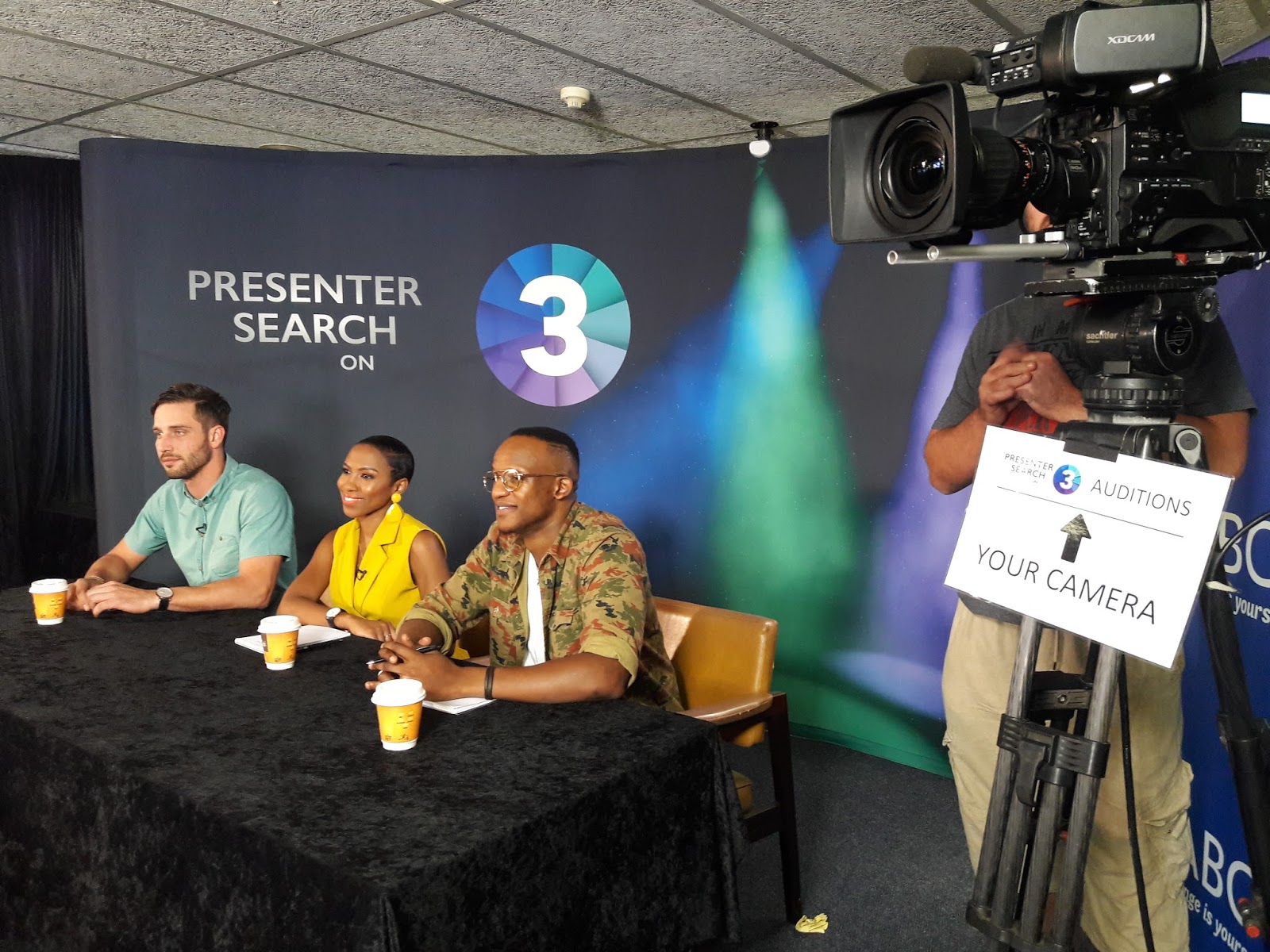 Qieän Wang who lives in Newcastle and is South African Taiwanese, travelled all the way from KwaZulu-Natal to audition and said "she would love to be on Top Billing that is about sharing experiences and aspirations. That is what I believe in".

Qieän who woke up at 06:30 said "Asians have been living in South Africa for a long time and I do feel like we need a bigger presence on TV. We're part of South Africa too. I'm very proud to be South African. TV keeps growing and I would love to be a voice for the Asian community on TV."

ALSO READ: Presenter Search on 3 kicks off its nationwide audition in Port Elizabeth.
on 12:52:00 PM