Duck! Sushi! Pasta! French Macarons! The food at M-Net's Dancing with the Stars SA afterparty in 12 photos - and why the chef didn't want me to snap the hamburgers. 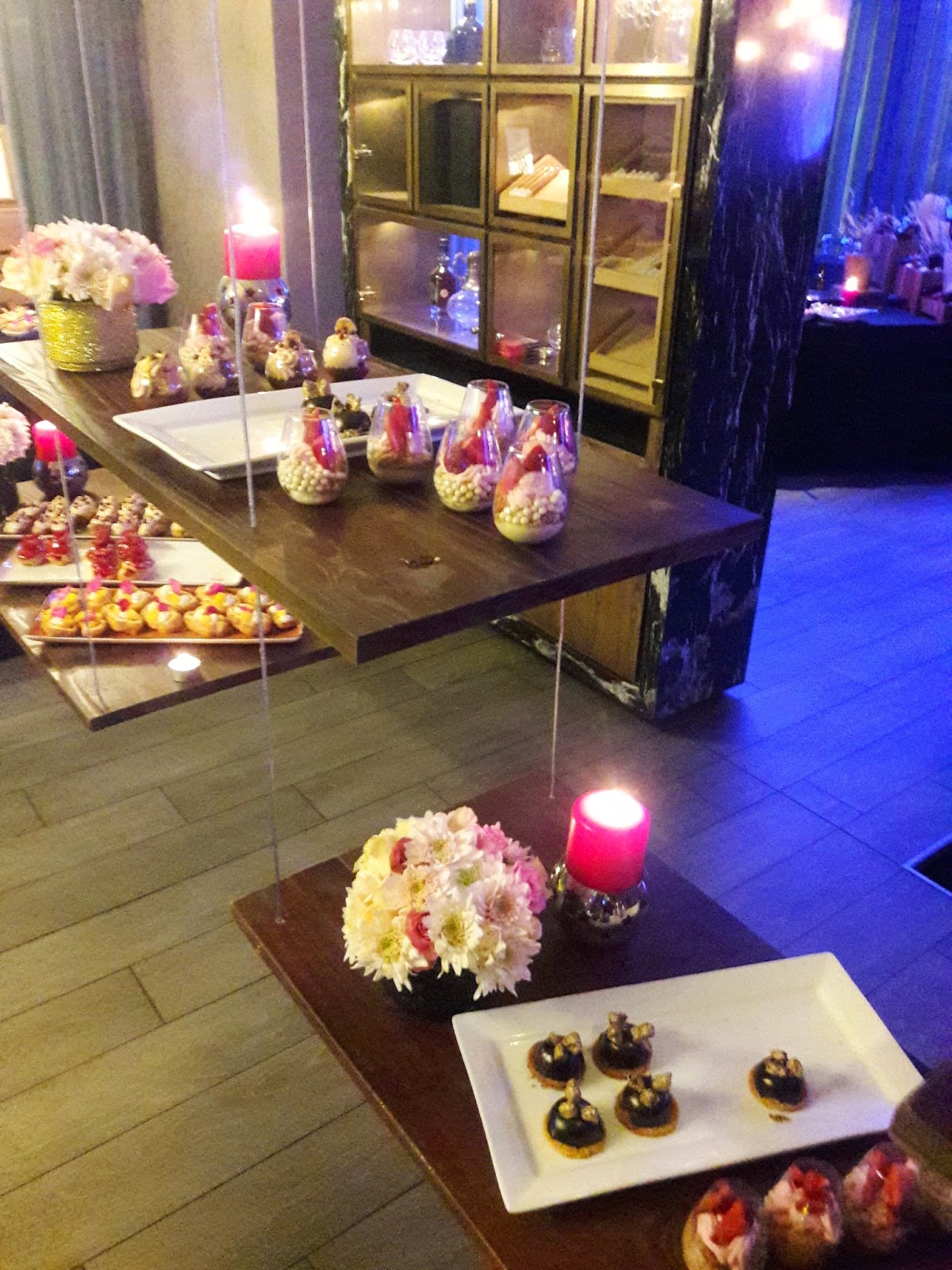 Following the live broadcast finale of Dancing with the Stars South Africa on M-Net (DStv 101) this past Sunday evening where Connell Cruise won, it was followed by a press conference and then a VIP afterparty on the mezzanine lounge and pool deck at the Southern Sun Hyde Park Hotel in Johannesburg.

It's here where M-Net treated the media, sponsors and ad execs, TV executives and producers, the contestants, their family members and the professional dancers to an utterly unbelievable party that stretched late into the night with an open bar where wine and drinks flowed, together with a profusion of food stations all through the lounge area - all with different, dazzling premium food offerings staffed by chefs.

All of it was too much to take in - literally and figuratively.

While guests mingled, clinked glasses and grazed on the vast buffet organised by M-Net, guests in their finest evening wear would glide from food station to food station, where chefs would on-demand literally serve up their' every food whim and desire: from Peking duck and sushi, to every sort of pasta permutation.

On offer were the very best sea food on the one side, juxtaposed with ready-to-serve sliders - or you could "custom-make" your very own hamburger or chicken burger with straw chips. Or how about dipping into the hanging trays dessert "table" or other dessert stations whenever you want.

How about a brandy cocktail/nightcap with a dash of lemon? Or a smorgasbord of decadent cheeses?

A vast array of sauces and condiments, salads and breads were literally everywhere as part of a delectable, premium spread - a veritable ready-to-eat "food market" everywhere you turned to at the Dancing with the Stars SA afterparty.

Afterwards some journalists, when everyone talked about who ate what, several mentioned that they totally missed some food stations and didn't see it all - completely overwhelmed by the daunting number of food choices. 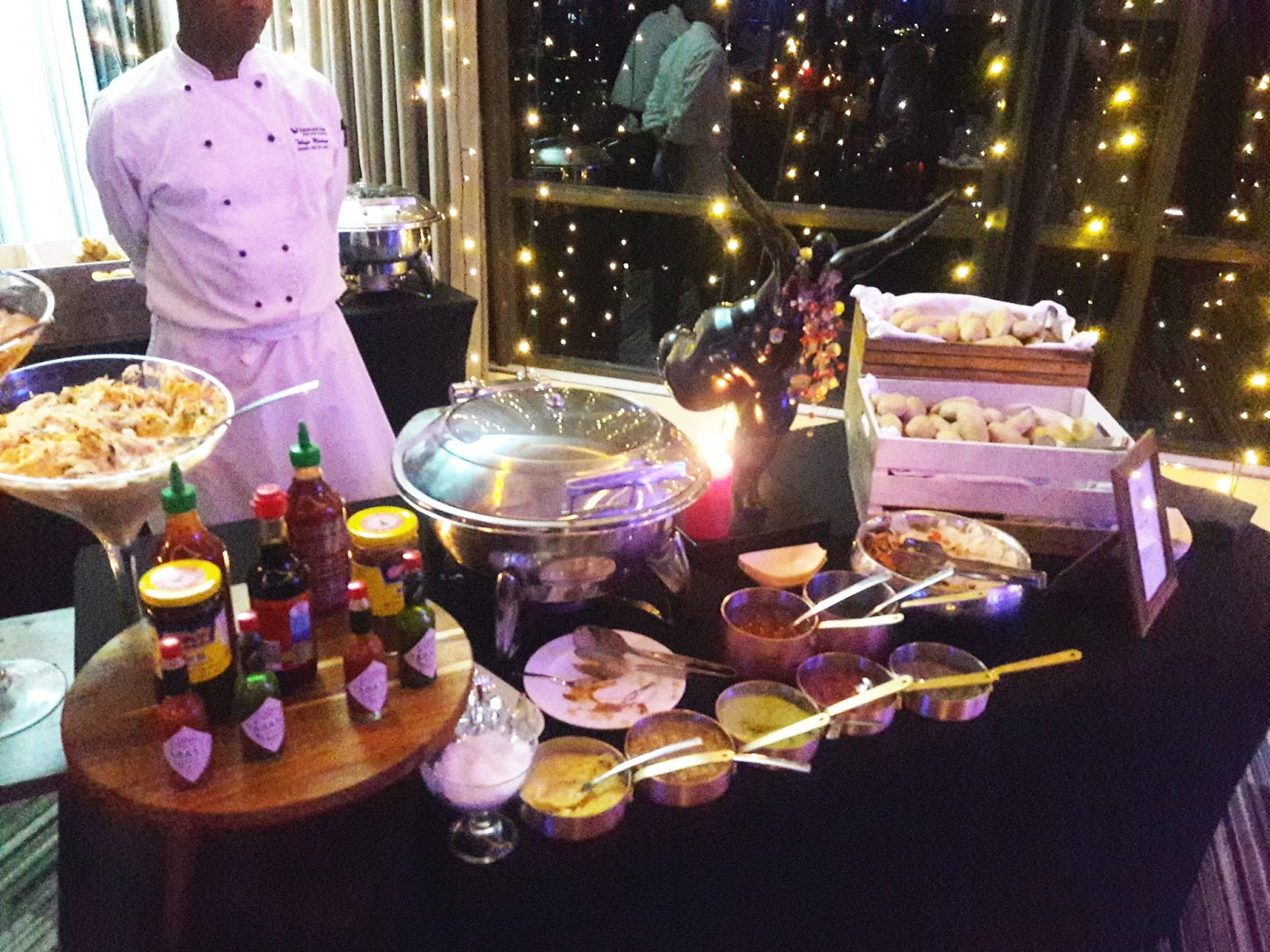 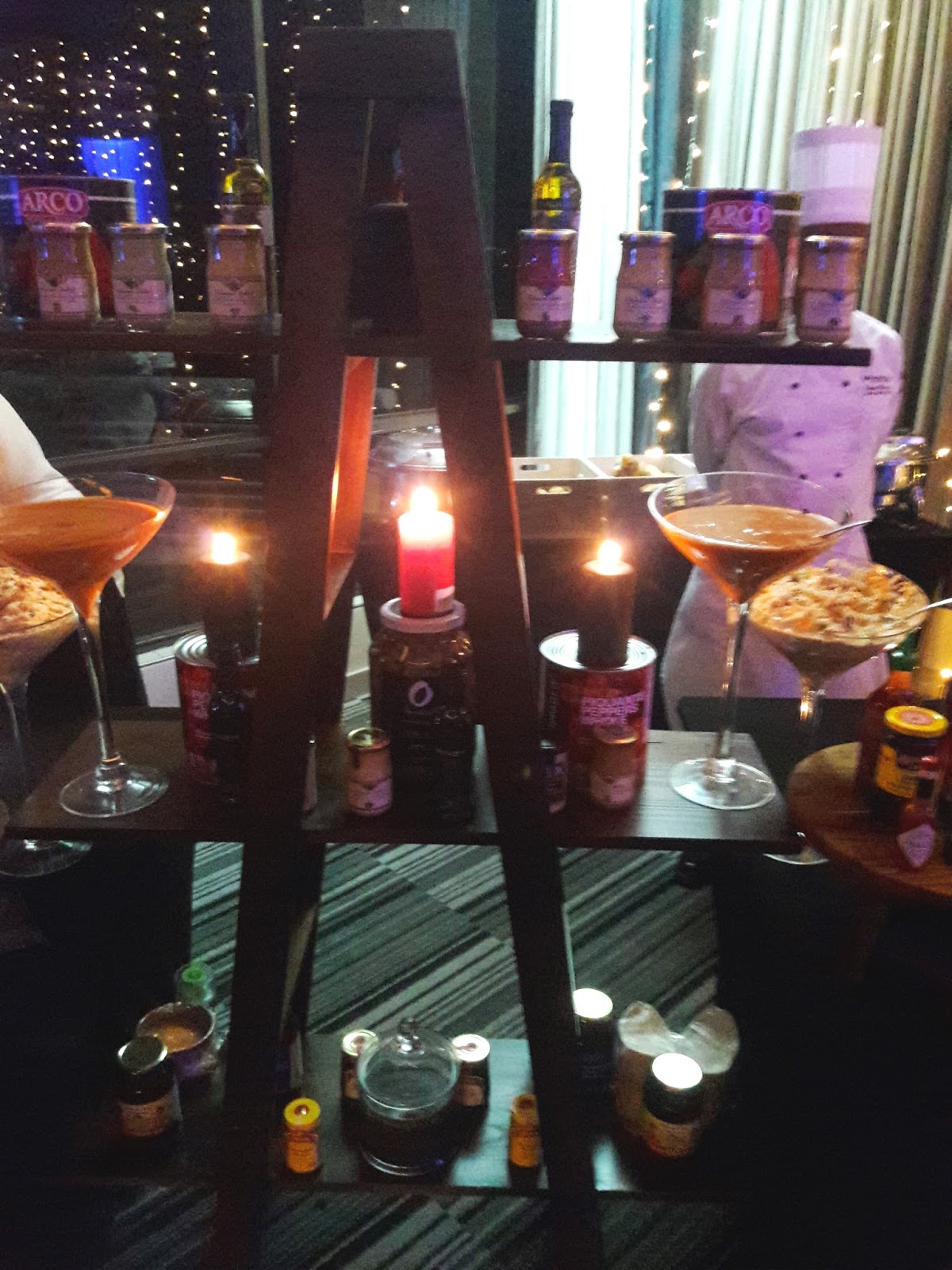 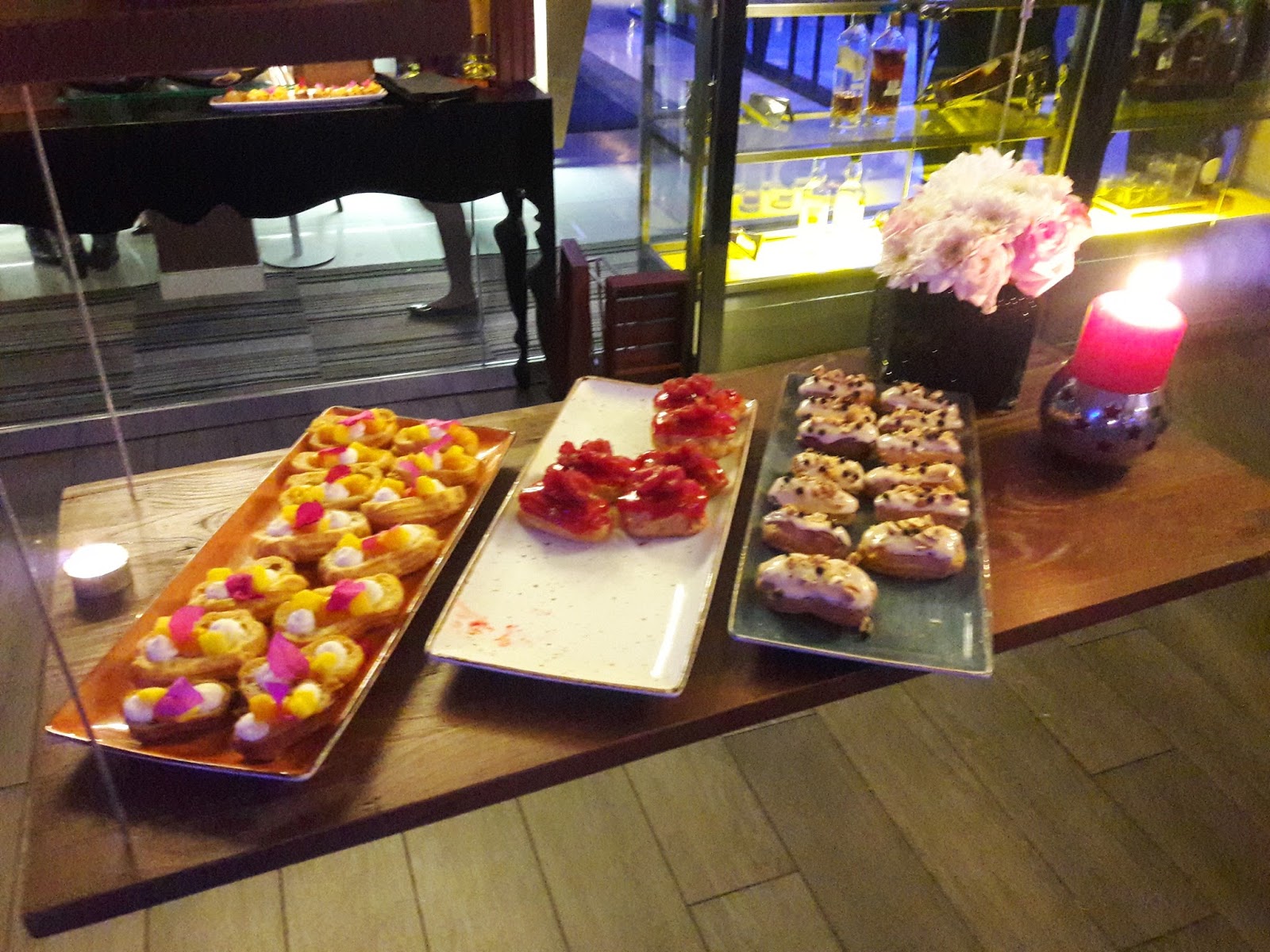 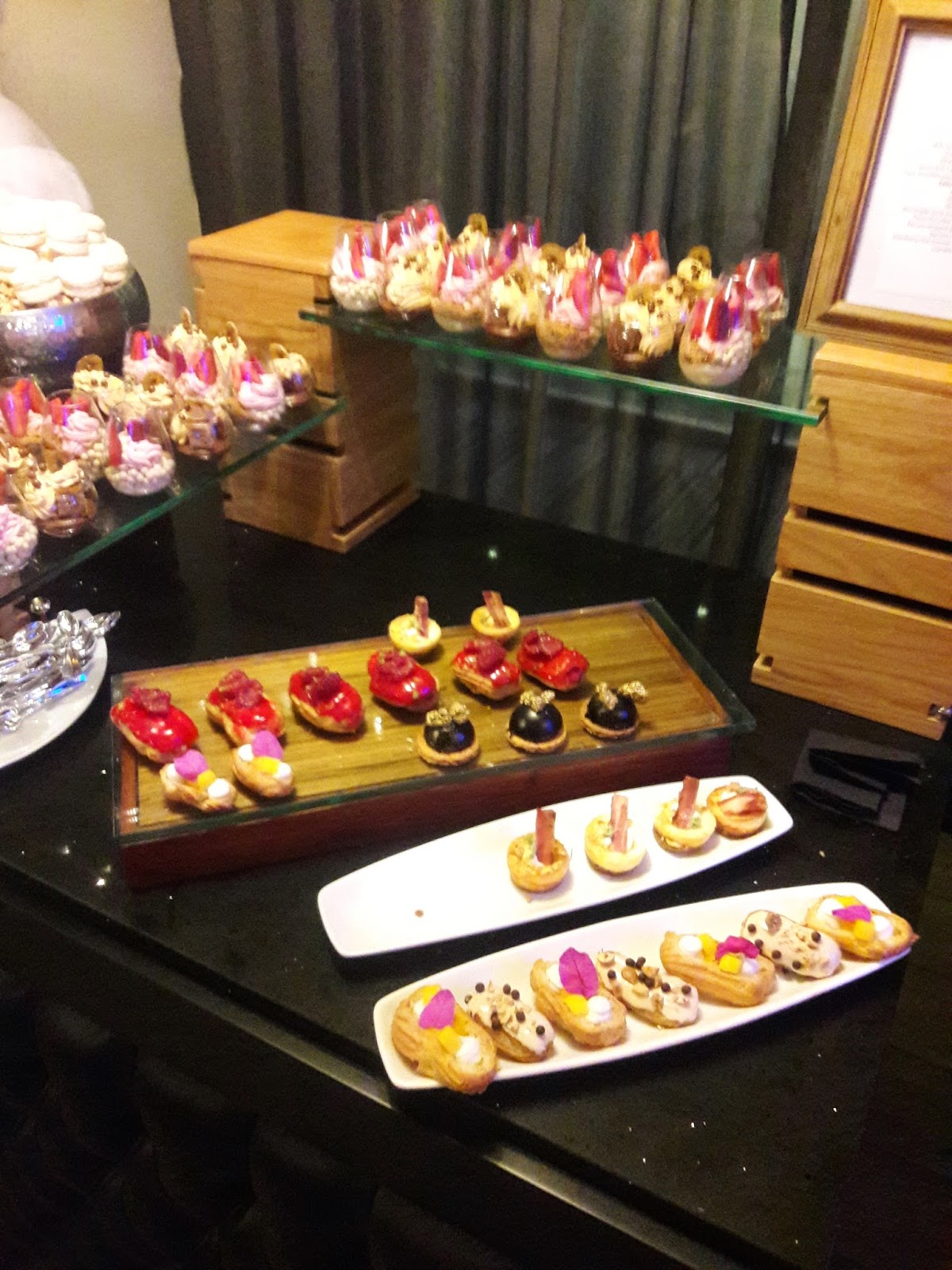 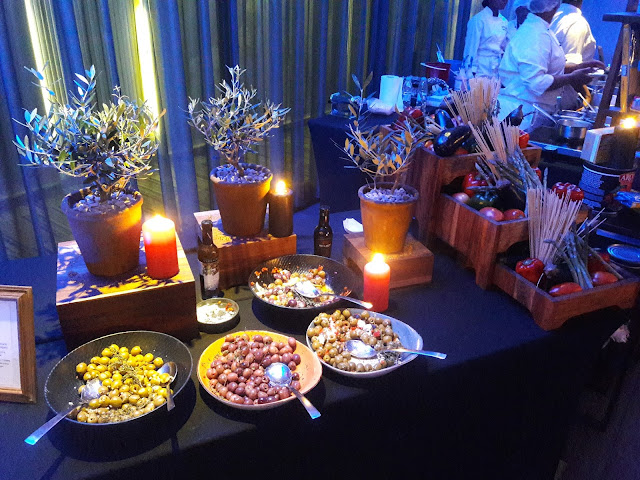 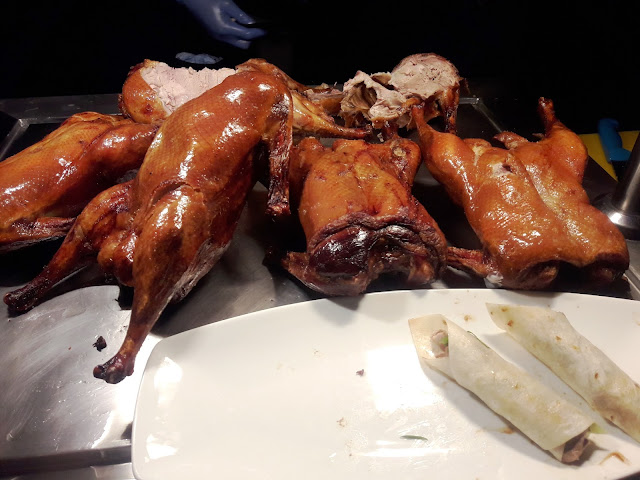 At the hamburger station next to the pool, the one chef got a bit angry-annoyed ("testy" would probably be a better word) with this journalist who seemingly didn't eat or do anything other than snapping away and taking photos.

"No, wait. Why are you taking so many photos?" he asked. I explained I'm a journalist covering the event.

"But I see you taking photos of empty serving plates. Can't I just fill it up? If I put more here [hamburger station photo below] then the photo looks better?"

I nicely said, "no it's not necessary, thanks". But then the chef became forceful, not backing away into the background but basically almost insisting that I stop taking photos until more mini-hamburgers have been put on the trays.

Meanwhile right next to it, people could also make their very own burgers from all of the separate ingredients as well. I fully understood the chef - he wanted "perfect" photos. For him a full, beautifully full plate of food is perfection.

I said: "You know what, even better than a full plate of food, is an image showing that some of the food is already gone. It shows that people are actually liking it, enjoying it and that they're eating it. And they're taking it because they want it."

He suddenly nodded and asked if he could make me hamburgers but I said no, it's fine I can, and I specifically stayed here and ate several hamburgers I made, together with chips (and a glass of red wine) to show him how much guests are enjoying and munching on the food.

It's the only food at this event I actually ate (sorry ducks!) and it was perfectly lovely, while I talked to several TV producers and executives, stars and other journalists. 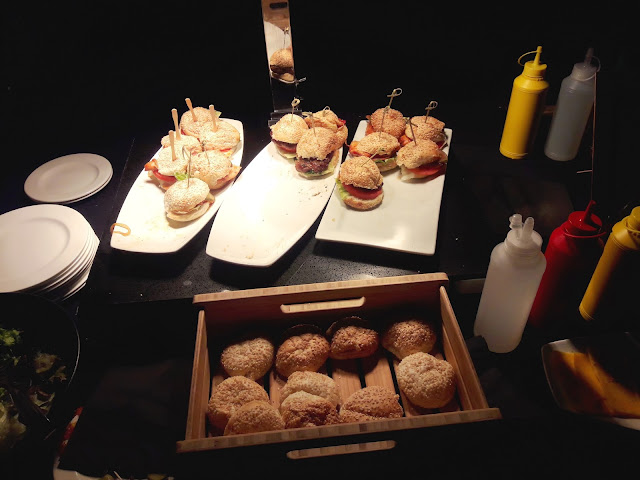 Before the afterparty, in an adjacent room, M-Net held its Dancing with the Stars SA press conference.

M-Net also had drinks and food here for the press as well - and it looked beauuutiful. I didn't eat here at all but had a cooldrink can of something, although some journalist tucked in. The food presentation was perfection. 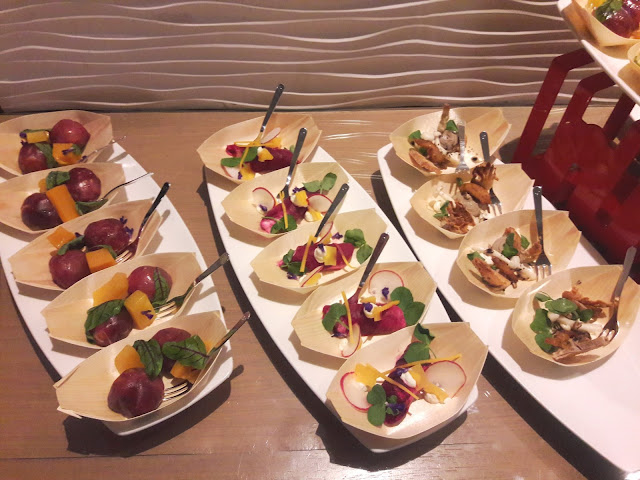 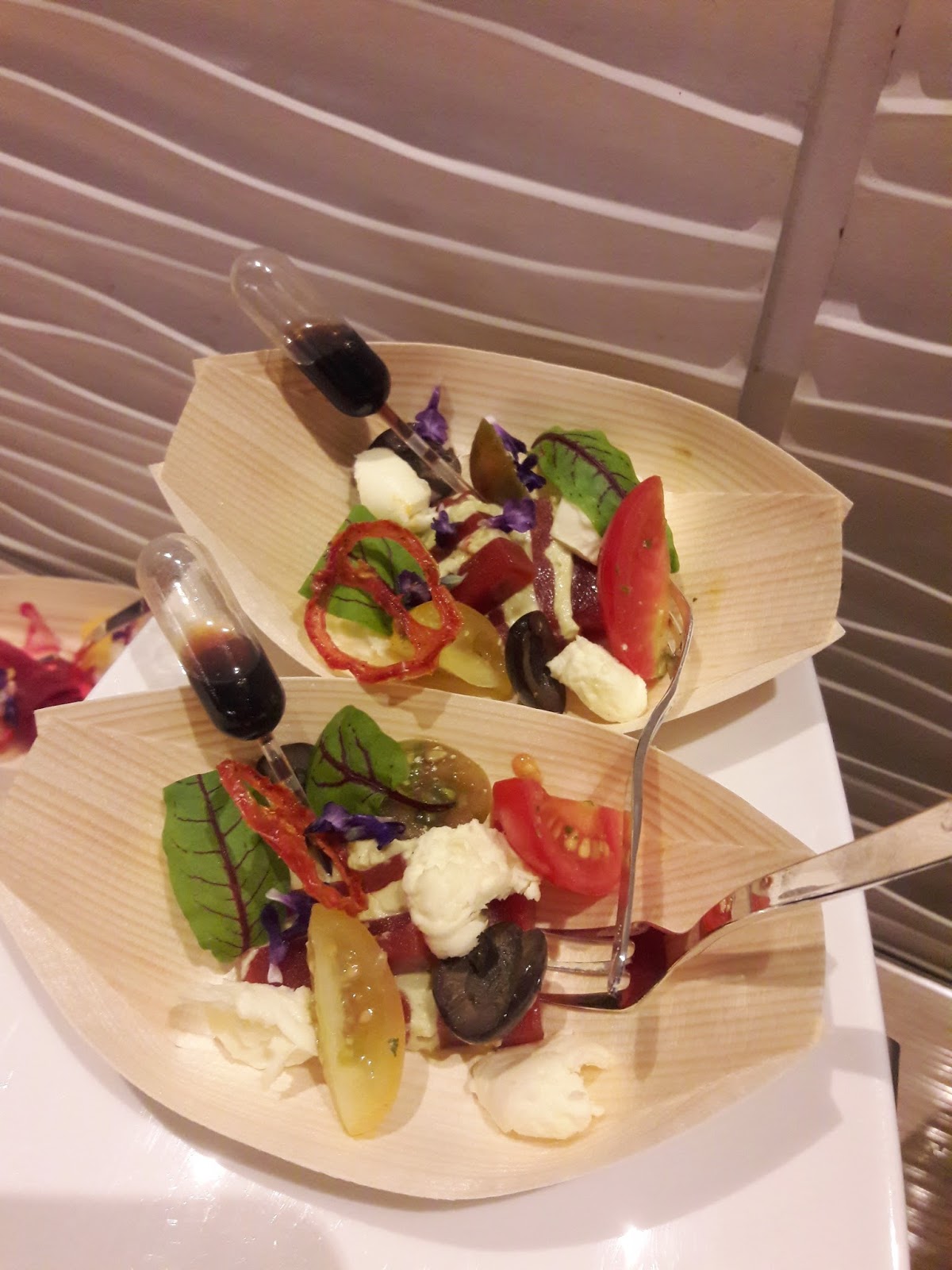 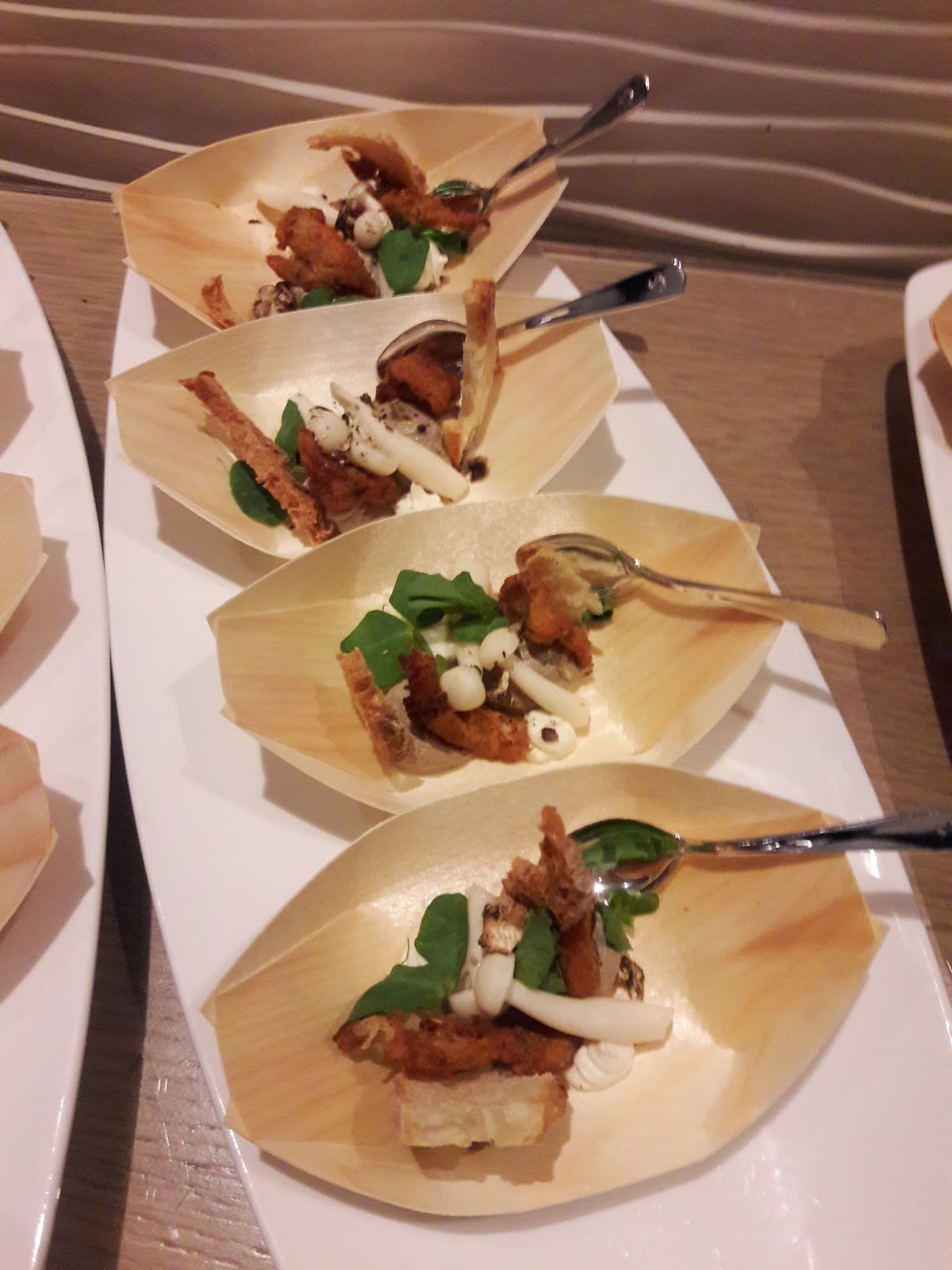 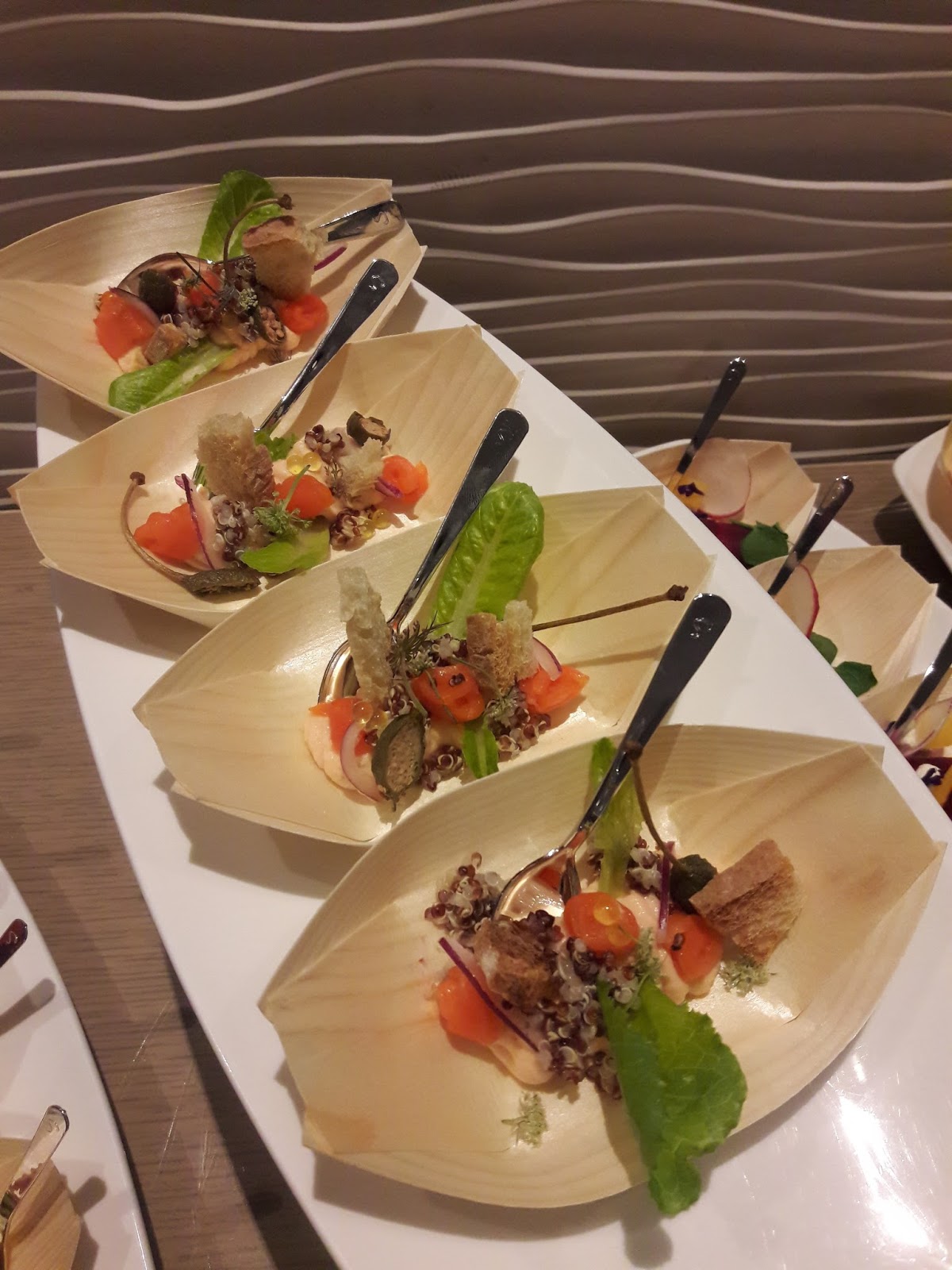