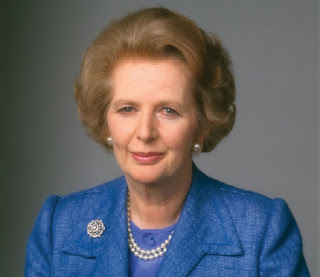 BBC Studios will be producing a new 5-episode documentary series, tentatively entitled Thatcher, on Margaret Thatcher to mark the 40 year anniversary since Britain got its first first female prime minister.

Thatcher will not just chart Margaret Thatcher's rise and fall but also the social history, upheaval and chance of modern Britain and the British society during her tenure as prime minister.

Archive footage from the time will provide viewers with a personal glimpse of the politician and illustrate some of the most important formative events in Britain's recent past.

Thatcher is produced by BBC Studios' The Documentary Unit.

"Margaret Thatcher defined her age like no other leader since the war," says the BBC in a statement. "This series promises to be not just the story of her extraordinary political journey, but also an exploration of the age that produced so much of the world we live in today."

Aysha Rafaele, creative director for The Documentary Unit at BBC Studios, says "Whether we love it or hate it we all live in a world created by Margaret Thatcher. This new series will explore how the ideology that she espoused and embodied came to be the defining narrative of the last 40 years and will take a forensic look at her impact and legacy on all corners and all aspects of British life."
on 9:50:00 PM