The SABC has so far spend a shocking R22 million on the legal costs of its former COO, Hlaudi Motsoeneng, and it may rise further. 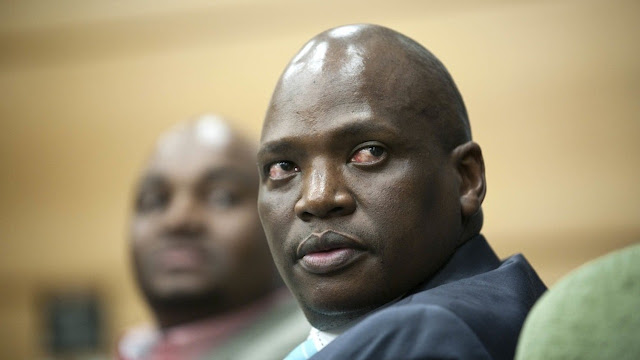 The SABC has spent a whopping R22 million and counting on the legal costs of the South African public broadcaster's famously matricless former chief operating officer (COO) Hlaudi Motsoeneng - more than the R15 million forked out on legal costs by the former president Jacob Zuma.

A reply from the former minister of communications, Mmamoloko Kubayi-Ngubane to the Democratic Alliance (DA) political party's member of parliament, Phumzile Van Damme, states that the SABC has paid millions of rand since 2013 in legal fees for Hlaudi Motsoeneng and that it might even increase "as other matters are ongoing".

"This R22 million by far exceeds the R15 million taxpayers have had to fork out on former president Jacob Zuma's legal fees," says Phumzile Van Damme.

"Just like the other litigious delinquent, Jacob Zuma, Hlaudi Motsoeneng must pay back this money to the public purse. The public should not have to pay for this one man wrecking ball's legal fees."

"In addition to the R21 million the Special Investigating Unit (SIU) is pursuing in Hlaudi Motsoeneng's debt to the SABC, this R22 million must be added, making what he owes R43 million. Every single cent must be recovered from him," says Phumzile Van Damme.

"Hlaudi Motsoeneng left a trial of destruction in his wake. He flouted policy processes, demoralised, victimised and purged staff; brought the SABC's newsroom into disrepute and left the public broadcaster on the brink of collapse."

"The DA calls on the SABC to personally hold Hlaudi Motsoeneng responsible for this excessive amount of money, that can be much better spent on paying off its debts, investing in content development, finding new talent, informing and educating the public, and restoring the SABC's image as a credible and reliable news source," says Phumzile Van Damme.
on 1:58:00 PM