REVIEW. 2018's 12th South African Film and TV Awards was again a badly done production, marred by a litany of the same embarrassing mistakes as in previous years and damaging the image of the industry it's supposed to showcase. 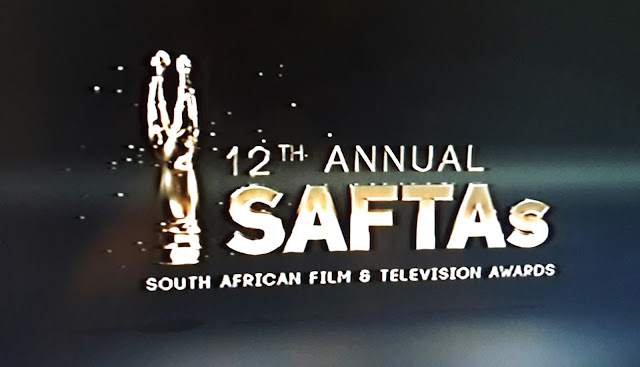 The 12th South African Film and TV Awards (Saftas) was once again a badly done and embarrassing sub standard production, with the award show broadcast on SABC2 that was marred by a litany of the same mistakes as in previous years and damaging the image of the very industry it's supposed to showcase.

With the live broadcast once again running far over time - only ending at 23:03 instead of 22:30 and one of the big indicators of when a live show is badly produced and not keeping to its supposedly minute-my-minute pre-mapped plan - viewers who might have set recordings would have missed the whole last part of the show once again boycotted by some of the biggest shows on South African television.

The first award in this year's televised Saftas, produced by the attv production company for the NFVF, was only handed out after 25 minutes in - the thing that viewers are actually tuning in for.

The National Film and Video Foundation's (NFVF) broadcast of the 12th Saftas - done for a second year from Sun City and with NFVF CEO Zama Mkosi getting an executive producer title - was again marred by on-air spelling mistakes, sound and visual problems and mistakes throughout.

The 12th Saftas again contained too many awkward presenter and script mistakes, wrong names called out, wrong pronunciation from a lack of practice and rehearsal, wrong footage roll, and names embarrassingly left out of the In Memoriam segment. 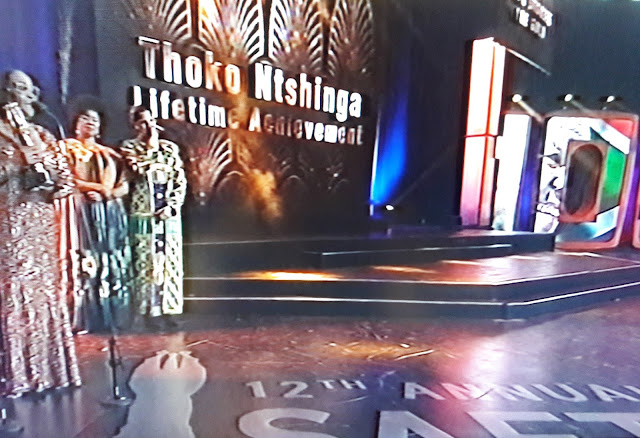 The amateur, uninspiring set construction with a wooden stage quickly showed up as dull from shoeprints that were never polished during ad breaks and with visible scrapes during panning shots, as even the reflective trim on the front steps started to fall off and hang.

Shaky camerawork at times spinning off into darkness with the director not switching to another live cam in time, panning shots over empty chairs without any seat-fillers, viewers hearing the floor manager directing the in-studio audience while the nominee roll plays, and a lack of representatives and executives from e.tv, M-Net and MultiChoice leaving it mostly a SABC majority, added to amateur production values of the ceremony that is supposed to show how good South Africa's film and TV production is.

Saturday's cringe-worthy Saftas looked like a badly organised school concert, one where it's more about the act of dressing up and going to show off clothes, coiffe and Jimmy Choo's, than actually honouring television and film work.

Like a kindergarden end-of-year pantomime, this year's Saftas once again created the impression that the parents (TV and film talent attending) looking on, are somehow in on an act and colluding with a set of unspoken rules - coming together to watch an on-stage spectacle without any expectation of quality, but looking to see if their child gets a moment to shine and if anyone's able to move at least halfway-right on cue and say at least some of the words right while looking pretty.

Like a school headmistress before the week's assembly guest or speaker arrives, as a housekeeping and production rule, Thando Thabethe on-air had to tell the audience they will be played off if they talk too long. It's something that nominees should be told off-air as part of their initial invitation pack and by the stage manager before the start of the live show.

Camera shots kept showing people walking around. At some point viewers heard the floor manager trying to tell the audience, "When a winner comes up, please ..." 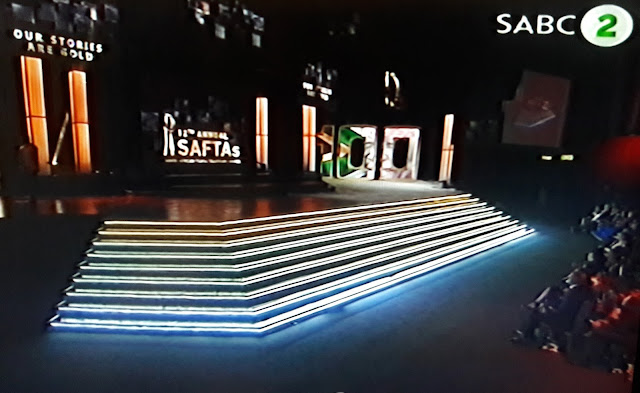 Adding to the awkwardness and embarrassment was NFVF CEO Zama Mkosi who later popped up on stage (doesn't she belong in the final control box directing playout as executive producer?) who appeared earlier in a pre-recorded, taped message, alluding to the allegations of corruption mismanagement and mismanagement of funds, telling viewers how difficult it is to find funding for the Saftas due to the "ongoing bad press" in the media.

Embarrassed presenters literally called out mistakes. "That is a mistake," said co-host Phat Joe early on in the 12th Saftas broadcast, before he later also wrongly stumbled, then retreated from the stage while one category sub set was still ongoing, as visible problems and errors kept stacking up.

Several times during the Saftas presenters wondered out loud where the envelopes and Golden Horn statues were that they were supposed to read out and hand over.

"Obviously that is not Emmanuel Castis on screen," said Emmanuel Castis after wrong footage were shown. "I'm definitely not Lerato Kganyago," said Nomzamo Mbatha on stage who was introduced as Lerato.

Several times the mics of on-stage presenters were faulty, simply not turned on or not channeled through the sound desk correctly, leaving it to the side-stage mics to capture the sound, and for the hall audio to be relayed to viewers at home - resulting in the "boxy" voices.

Some of this ironically happened during the segment where the Noot vir Noot music show creator, Johan Stemmet was honoured with one of this year's Lifetime achievement awards. 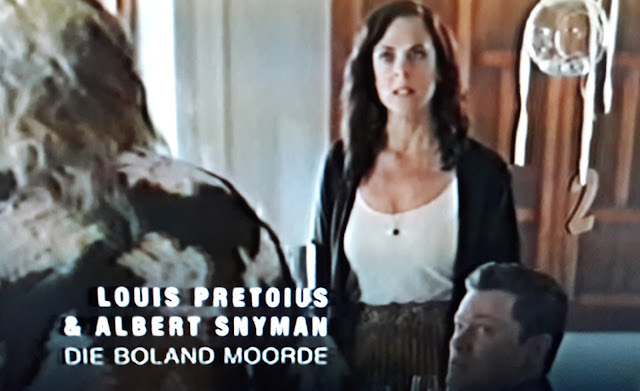 The In Memoriam segment to honour TV and film people who've passed away in the past year again left out several names, meaning that very basic research isn't being done by the NFVF and Saftas or can't be done and that there is a lack of access to basic newspaper archives. With the focus on, and large shots of musicians, viewers at home struggled to actually see all the names the Saftas segment was supposed to be about.

There were many more mistakes and daft, inexplicable production decisions that resulted in terrible production values for what was yet-again a shoddy Saftas.

South Africa's TV and film industry deserves a better produced, better organised and a better broadcast Saftas, while South African viewers who have to sit through over three hours of television trash deserve a better done show.
on 9:25:00 AM