Netflix pulls the penis episode of kids show Maya the Bee after inappropriate image; Studio 100 says its a 'very bad joke' by one of the artists. 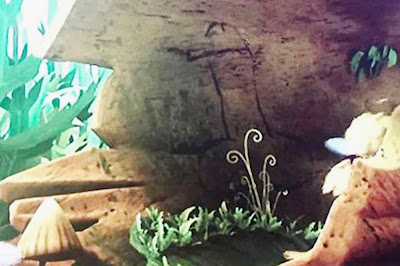 Netflix has pulled the penis episode of the kids show Maya the Bee with the production company that on Friday apologised for the "very bad joke" that was inserted by one of the 150 artists who worked on the animation show and started legal action.

Parents are furious over the crudely drawn penis in the Netflix kids show that was produced by Studio 100 after a mom, Chey Robinson noticed it and shared a screengrab on social media.

The subscription video-on-demand (SVOD) service pulled the penis episode, with legal action that has now been started by the production company responsible for its insertion into the show.

Chey Robinson drew attention when she said on Facebook - in a post since removed -  "Smh [shaking my head], please be mindful of what your kids are watching. I did not edit any images whatsoever, this is ‘Maya The Bee,’ season one, episode 35.”

She also shared this clip to show the penis drawing in the background for a few seconds:

"An absolutely inappropriate image has been discovered in a four-second fly-by scene in one episode of the total of 78 episodes of the series," said the production company Studio 100 in a statement on Friday.

"The origin of this image obviously results from a very bad joke from one of the 150 artists working on the production. This is indeed unacceptable to the Studio 100 Group as owner of the brand and all its partners and doesn’t reflect the quality of its work and its values."

"Legal action has already been started. Studio 100 very much regrets this incident and would like to offer its sincere apologies to all Maya the Bee fans. At the same time the company is taking all suitable technical measures to remedy the situation."

Maya the Bee that has seen its one anime version rebroadcast on South African television multiple times in the past, is based on the 1912 European children's book by the German writer Waldemar Bonsels.
on 2:37:00 PM