KINDA TRASHY. Poor Pearl! Pearl Modiadie had to hear from the media that SABC1 abruptly dumped Zaziwa from Sunday for ... Shaka Zulu. 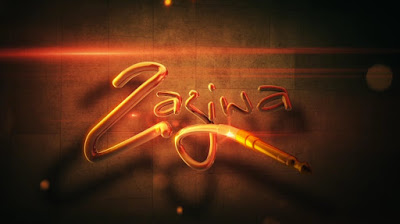 Poor Pearl, nobody apparently bothered to tell her Zaziwa has abruptly been dumped from the SABC1 schedule from this Sunday to make way for ... Shaka Zulu.

SABC style, a flabbergasted Pearl Modiadie had to hear from the media and not the SABC that uhm, Zaziwa has abruptly been shelved from its struggling Sunday evening timeslot.

SABC1's channel head Clara Nzima decided that Zaziwa must make way from this Sunday for an old Shaka Zulu 10-partner at 20:30.

The struggling Zaziwa will move back to a weekday from 8 November after ratings for the show tanked when SABC1 in February moved it from its Wednesday timeslot to Sundays, losing more than a million viewers for the SABC.

SABC1 publicist Phillip Mabitsela didn't respond to a media enquiry as to why Zaziwa - only midway through its 5th season and with 36 episodes left - is being taken off the air for two and a half months.

Zaziwa's could have gotten somewhat of a ratings boost as the lead-out from the new Tjovitjo starting this Sunday at 20:00 on SABC1 if the gritty pantsula dance drama itself manages to lure big enough audiences.

Now the SABC will treat SABC1 viewers to the umpteenth reshowing of the 1986 Shaka Zulu drama with Henry Cele in the title role that actually more belongs on MultiChoice and the SABC's library rerun channel SABC Encore (DStv 156) on DStv.
on 10:59:00 AM