e.tv bumps music show Club 808 to kiddies hour from 8 September to make way for Days of Our Lives. 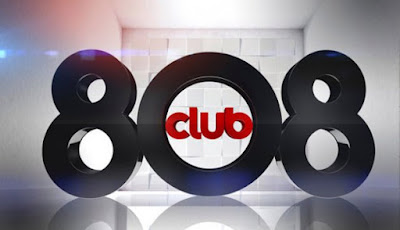 e.tv is bumping its struggling music show Club 808 aimed at young adults to an earlier "death timeslot" of 16:40 from Friday 8 September where it will now be shown during the late afternoon kiddies hour.

The once successful music show, damaged after multiple timeslot changes, will be replacing the American talk show Steve Harvey on Fridays at 16:30 on e.tv from the second week of September when its audience isn't actually home to watch it.

Club 808 has to move for the weekday soap Days of Our Lives that e.tv took over from the SABC's SABC3 channel.

Since Days of Our Lives will be shown on weekdays from 17:30 to 18:30, Club 808 in its 18:00 timeslot on Fridays couldn't stay, and instead of moving it later or to weekends where it has been shown before, e.tv decided to move Club 808 earlier where it will sit opposite shows like Daily Thetha on SABC1, Hectic Nine-9 on SABC2 and Afternoon Express on SABC3.

Club 808 on e.tv has seen several day and timeslot changes, together with a revolving door of presenters and even a channel change to eKasi+ that all caused damage to the show's once above-average viewership.

In June Bontle Modiselle became the latest presenter to join Club 808 alongside Lawrence Maleka that will now have to play to the channel's teen viewers who usually watch Craz-e and Shiz Live.

There's been no announcement regarding the timeslot change from e.tv yet.
on 12:36:00 PM