BREAKING. Maijang Mpherwane out at SABC after 13 years as struggling public broadcaster loses yet another TV executive that resigns. 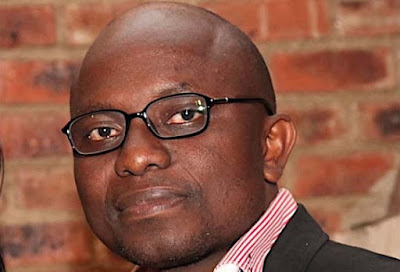 The exodus of talent and experienced executives at the South African public broadcaster is continuing unabated with TV boss Maijang Sam Mpherwane who has resigned and is leaving the SABC after 13 years.

The SABC's already gutted TV division is losing another high-level executive with Maijang Mpherwane who is exiting the cash-strapped and struggling public broadcaster at the end of July.

During his barely year and a half in the position where he oversaw SABC1, SABC2, SABC3 and the rerun channel SABC Encore packaged for MultiChoice's DStv, Maijang Mpherwane found himself in the midst of unending upheaval and a never-ending litany of problems and crises.

Maijang Mpherwane tried to keep the SABC's TV channels on the air amidst massive executive upheaval and in-fighting behind the scenes at the SABC that saw a slew of high-level firings and resignations in the TV division under then chief operating officer Hlaudi Motsoeneng who has now himself been fired last month following a disciplinary hearing.

Before the disastrous period of 2016 under Maijang Mpherwane's tenure that saw the SABC's TV division experience extreme internal turmoil and erratic commissioning procedures, abrupt orders for 80% local content on SABC3 and falling ratings for the SABC's TV channels - all the result of Hlaudi Motsoeneng's dictatorial and highly abrasive management style - Maijang Mpherwane also had to deal with problems as SABC1 channel head.

He barely became SABC1 channel head when the entire principal Generations soap cast went on strike and were all fired under his watch in August 2014 on Hlaudi Motsoeneng's orders,  something that saw the soap - the SABC's most watched programme at the time, completely disappear from the public broadcaster's airwaves for months.

In late-April this year Maijang Mpherwane and Nomsa Philiso both came in for severe public criticism after they jetted off to Los Angeles for a meet-and-greet set visit and cast party with the American day time soap The Bold and the Beautiful.

Both had lunch at a luxury beach house as part of a jet-set press junket while the out-of-cash SABC is struggling and not able to pay local South African TV producers the money they're owed for programming delivered to the public broadcaster.

"It is indeed a bittersweet moment for us as the SABC. His departure comes at an exciting time for us as we are starting to see the fruits of our repositioning as a division, a project that Maijang Mpherwane contributed immensely to," says Nomsa Philiso, SABC TV group executive in a statement.

"We are proud that the SABC had an opportunity to guide and shape Maijang Mpherwane who came into the organisation as an intern in 2004, and leaves today as a general manager with a broad skill set across content and channel management. He now has an opportunity to further make a meaningful contribution to the broader production industry."

The SABC doesn't have a replacement for Maijang Mpherwane and will start a recruitment process to fill the position.

"We will be starting the recruitment process with immediate effect and we would like to assure the production industry of a seamless transition," says Nomsa Philiso.
on 3:09:00 PM