eNCA fires reporter Nontobeko Sibisi a year after 'doek' incident; TV news channel says her dismissal was not related to the 'doek' issue. 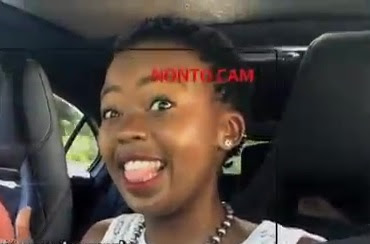 eNCA has fired reporter Nontobeko Sibisi but says it didn't show the journalist the door over the "doek" wearing saga exactly a year ago that plunged the South African TV news channel into scandal.

On Wednesday eNCA fired Nontobeko Sibisi, one of the channel's youngest reporters and primarily focusing on the entertainment and infotainment beat. eNCA took away her cellphone and she had to leave the building at the channel's Hyde Park headquarters.

Upset eNCA staff couldn't get hold of the reporter. "Where is she supposed to go? How will she provide for her family?" asked one.

Exactly a year ago Nontobeko Sibisi filed a story for eNCA, wearing the African head dress known as a "doek", which at the time was against eNCA's on-air policy.

eNCA said the story couldn't air because of editorial problems. Nontobeko Sibisi lashed out at eNCA's "self-censorship" in an open letter and said she was told that her story on Africa Day will not be broadcast and was dumped because she appears in it with a doek.

After eNCA staffers told TVwithThinus that Nontobeko Sibisi was fired, eNCA confirmed it on Thursday in response to a media enquiry, saying the reporter was axed "following an extensive disciplinary process".

eNCA didn't want to say why Nontobeko Sibisi was fired, but according to insiders the journalist was found guilty of improper involvements that negatively impacted her editorial integrity and that of eNCA.

eNCA said that "Nontobeko Sibisi was summarily dismissed from eNCA on 31 May 2017. To respect company policy in matters of this nature we will not comment on the reasons for her dismissal. However we must make it clear that her dismissal is in no way linked to the "doek" issue from May 2016."

"This was resolved some months ago, with the adoption and implementation of a new progressive policy, developed with staff participation and agreement, including Nontobeko."

eNCA says the phone it took back from Nontobeko Sibisi was a company cellphone and that she left the building shortly afterwards.

Asked if she was paid for May, eNCA said "all dismissed employees are paid for the period that they work for the company. Given that Nontobeko was dismissed on 31 May 2017 she would have already been paid for May".

Nontobeko Sibisi couldn't be reached but on social media on Thursday cryptically wrote "I am officially unemployed and looking for radio and TV jobs, the talent and gift I have demands I still soar".
on 8:50:00 AM