The veteran South African actor Joe Mafela has died. Joe Mafela was 75 and passed away on Saturday night dying at the scene of a car accident on a Johannesburg highway.

The actor, born in 1942 in Sibasa, Limpopo, and most famous for his comedy role in the SABC sitcom 'Sgudi 'Snaysi ("Is Good, is Nice") in life received three Lifetime Achiever Awards - in TV, for stage, and for comedy.

The legendary Joe Mafela died after being involved in a car accident in Johannesburg on Saturday night.

Joe Mafela was currently playing the role of Tebogo Moroka on Generations The Legacy on SABC1 produced by MMSV Productions.

Joe Mafela was declared died on the scene of the accident and he was the sole occupant of the Ford Figo. The driver of the Isuzu double cab bakkie was not injured.

Police is investigating and no arrest has been made at the moment. The police said a charge of culpable homicide is being investigated.

Police said Joe Mafela's death could also be the result of an existing medical condition.

Besides his comedic work, Joe Mafela was a producer and director as well as an ad agency creative director in later years, as well as a Zulu singer, producing and releasing several Zulu-language albums. 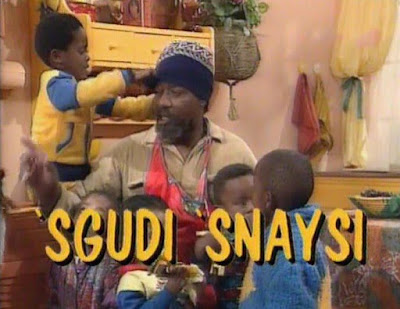 It was however his role as the constantly scheming S'dumo in the 78-episode Zulu SABC sitcom 'Sgudi 'Snaysi - at a time that the Apartheid-era SABC would only show him on TV2, its channel for black viewers - that catapulted Joe Mafela to stardom and made him a household name and endeared him to millions of viewers with repeated rebroadcasts over decades.

It's here where Joe Mafela developed a strong professional relationship with Roberta Durrant from Penguin Films that saw him become Penguin Films co-owner and going on - and up - to not just produce but also appear in further Penguin Films produced TV projects.

Joe Mafela's other long-running and stand-out TV role - also in a Penguin Films produced production for the SABC - was for instance as Jabu in the lawyer office set sitcom Going Up.

He did a type of "retake" decades later when he starred in an almost similar kind of role as in 'Sgudi 'Snaysi and Going Up as Sol in e.tv's Madam & Eve sitcom in 2000, also produced by Penguin Films.

In 2004, in a show that was before it's time and a send-up of his famous persona, Joe Mafela returned to post-Apartheid SABC for a short-lived TV comedy, Fela's TV, in which a cleaner at a fictional TV broadcaster - although clearly depicting the SABC's Auckland Park headquarters - at night time "stole" the airwaves and swopped his bucket and mop to broadcast a TV show.

Joe Mafela received the Lifetime Achiever Award in 2015 a the 5th Annual Comics Choice Awards, saying that it meant he had "done a good job during the years. Whatever was demanded of me, it means I really produced".

Joe Mafela's father worked as a shop assistant in a Chinese shop in Sophiatown and when Joe Mafela was three years old he left Johannesburg along with his mother, who was expecting her second child.

They returned to Limpopo where his brother was also born and in 1947 Joe Mafela's family moved to Kliptown, south of Johannesburg where they lived for 5 years.

In 1952 they moved to White City Jabavu, a township that was started as temporary shelters and lived there for 5 years before moving to the Tshiawelo township.

When Joe told his dad that he wanted to be an actor his dad said: "No, that's not work. Work is when you go to work at 8am and come back at 5pm". Luckily Joe Mafela followed his own path.

Considered a true groundbreaking legend of South Africa's TV and entertainment industry, Joe Mafela straddled both the "old" and the "new" South Africa, with over 40 decades of hard-won pioneering work spanning the country's film, TV, stage, radio and advertising industries.

"We are shocked and deeply saddened to learn about the news of the passing of legendary actor, director and musician ubaba Joe Mafela," said Nathi Mthethwa, South Africa's minister of arts and culture.

"We extend our condolences to the family, friends, and fans of ubaba Joe Mafela, the nation has lost a crown jewel of our arts and culture."

Sello Hatang, The Nelson Mandela Foundation CEO told eNCA (DStv 403) that "In his memory, may the entertainment industry become what he wanted it to be - one that cares about those who act in it, one that wants people to thrive in it; that people shouldn't die poor while they're practising the craft that they believe in".

"The most important thing with Joe Mafela's death is, what do we need to do to ensure that our artists never die poor?" said Sello Hatang.

"We have learned with sadness of the passing of one of the pioneers of the television comedy loved by all South Africans young and old," said South Africa president Jacob Zuma in a statement.

"Joe Mafela also affectionately known as Sdumo was also a television producer and songwriter.  The arts and culture industry has been robbed of a bigger than life figure.  We wish to extend our heartfelt condolences to Mafela family and may his soul rest in peace".

The SABC in a statement with mistakes like referring to Madam & Eve as SABC programming [it was done by Penguin Films for e.tv] said the public broadcaster is "saddened to learn of the sudden passing of arts veteran Joe Mafela. Joe Mafela was a giant in his field and had become a voice and face of the industry."

"The multi-talented Joe Mafela, who was also known as a  singer/songwriter and producer and who recently appeared on SABC1 soap Generations: The Legacy, will be remembered for his memorable acting roles in TV shows such as the hugely popular 'Sgudi 'Snaysi , where he portrayed the character 'Sdumo' a nickname which stuck with him through the years."

"The SABC sends its heartfelt condolences to his family, friends, viewers and fans who have followed his esteemed career, in TV, stage and film over the past 40 years."

Lilian Dube revealed that the National Film and Video Foundation (NFVF) organising the Saftas that took place on Saturday evening didn't want to invite Joe Mafela or herself to the award show, how they are being "marginalised" as actors, and that she spoke with him on Saturday.