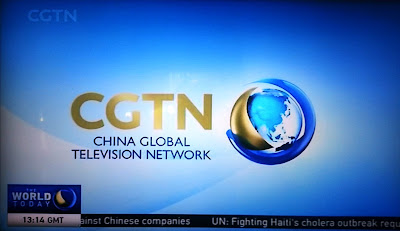 CCTV, the Chinese  Central Television News channel carried on MultiChoice's DStv and On Digital Media (ODM) and StarTimes Media South Africa's StarSat pay-TV platforms has suddenly switched to CGTN - without any warning or any announcement.

Neither MultiChoice nor StarTimes seems to be aware of the abrupt change - the electronic programme guides (EPGs) of both African pay-TV services still call channel 409 on DStv and channel 266 on StarSat CCTV - and both continue to show and carry programming information for CCTV - not CGTN.

The embarrassing CGTN switch is off to a very bad start: CCTV - China's state broadcaster couldn't bother to issue any press release or notification to the media ahead of the "rebrand" of its international TV news service - and neither did MultiChoice or StarSat who don't seem to know about it at all.

CGTN didn't immediately respond to media enquiries on Saturday about the abrupt change.

According to the new CGTN website  it was "launched by the national broadcaster China Central Television (CCTV) on 31 December 2016" [today], calling CGTN English its "flagship channel".

With its "CGTN English" moniker for its English language channel feed as well as adding words like CGTN French and CGTN Arabic for its other channel versions, CGTN seems to follow the naming convention of the Qatar-based TV news channel Al Jazeera. 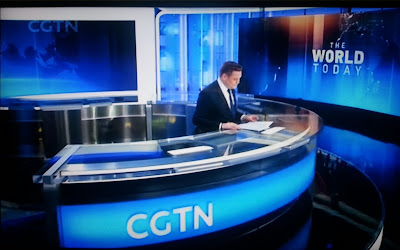 According to an Associated Press (AP) report published in the South China Morning Post, China's president Xi Jinping on Saturday congratulated CCTV with the launch of CGTN, urging it to "tell China's story well, spread China's voice well, let the world know about a three-dimensional, colourful China, and showcase China's role as a builder of world peace".

CCTV/CGTN and China isn't calling the switch of CCTV News to CGTN a relaunch, replacement or a rebrand - its running a story with Xi Jinping who "congratulating the founding of CGTN".

In a badly reported on-air story, more fluff marketing piece than actual news, CGTN says "CGTN is much more than just a bit of rebranding", saying it "wants to provide the world with a fresh alternative".

CCTV News on-screen on DStv and StarSat suddenly carried the letters "CGTN" and its African coverage is sub-branded as "CGTN Africa". 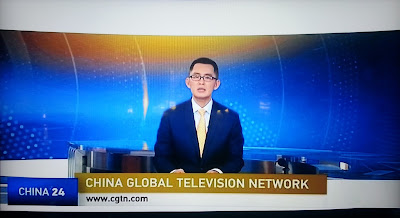 The red from the CCTV News logo and on-screen look is completely gone, with CGTN now sporting gold and blue colours and new news intro's.

Part of the completely uprooted and replaced channel is a flurry of new programmes and programming strands and a new horseshoe anchor's desk. 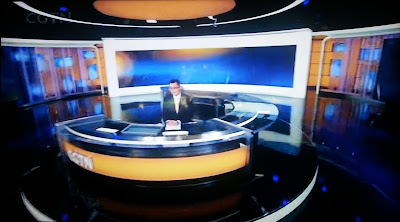 CGTN also has a new slogan - it is suddenly: "See the Difference".

The CCTV Documentary English channel on StarSat channel 231 has been changed to CGTN Documentary.

CCTV and CGTN says it wants to deliver a new news perspective - but it already started off very badly, clearly not knowing how and not bothering to actually do better and improve its marketing and PR efforts.

The jarring "founding" of CGTN is a trash way of going about suddenly replacing one brand and look with a whole new one without bothering to tell the media about it.

Besides the cosmetic change, CGTN that had one chance to communicate its ... change ... couldn't be bothered to tell or report what else is actually changing - in perhaps its journalism.

A logo, name and branding change doesn't change the fundamental product - in this case a news product - in any real way.

Does CGTN have new content besides merely changing names of shows? Is it opening new global news bureaux, or hiring more journalists and reporters?

A "rebrand" doesn't help if what inside the wrapper is still exactly the same - which is what CCTV News did. With gold substituted for red, its seems to be still the same news.

Why change if you don't fundamentally come with a new product service offering? It will be interesting to watch CGTN in 2017 and beyond, especially its coverage of Africa, to see how the news channel and service perhaps improves it coverage.
on 3:43:00 PM