South African artists lash out at the SABC and boss Hlaudi Motsoeneng on live television; saying they're not benefitting from 90% local needletime, 'doors are closed to us'. 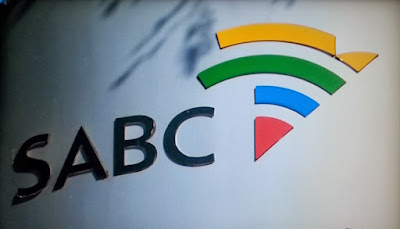 South African artists have lashed out at the SABC over controversial boss Hlaudi Motsoeneng's order of 90% localmusic airplay on SABC radio stations and Saturday's upcoming Thank You SABC Music Concert at the Orlando Stadium, saying they're not benefitting, are being excluded and that despite multiple promises "the doors are closed to us".

The SABC got a rude wake-up call on Thursday morning during the live broadcast of the latest The New Age Breakfast briefing during Morning Live from Woodmead on SABC2 when musicians started to take Hlaudi Motsoeneng and the SABC to task for allegedly not making good on promises to give airplay to everybody's music.

Although the topic was about the benefits of Hlaudi Motsoeneng's local needletime diktat introduced in May, the famously matricless chief operating officer (COO) who regularly appear as a panelist at the TNA Business Briefings was absent.

Furious artists told the SABC they're angry and not benefitting from the SABC's 90% local airplay decree, nor from the upcoming and hastily arranged Thank You SABC Music Concert that wants to fill the 40 000 seater Orlando Stadium on Saturday for a 12-hour concert from 10:00 to 22:00 with 100 artists.

Then artist Romeo Ramuada, from the South African Young Music Forum said "as young people, we've been promised dreams for a long time. When you're talking about music festivals, the line-up only has artists who appear on TV 100 times a day and so on".

"But you're coming here and telling us you've got festivals and it's Heritage month and so on. We are saying as the youth we want to see development. We don't have to be promised dreams."

"The doors are closed. Us as young people, our music don't play on radios. So we mustn't come here and pretend as if we are happy. When we talk about the context of Thank You SABC Music Concert. Where are young people there? But now you tell us we must be happy."

Again Palesa Chubisi interrupted and shut him down.

Vusithemba Ndima, acting director-general of the department of arts and culture, said the department support festivals like the SABC's Thank You SABC Music Concert, but doesn't control the line-up.

"As we provide support to all the organisers of these particular festivals, we stress the point that opportunities should be given to the youth".

Poet and organiser of the Thank You SABC Music Concert, Mzwakhe Mbuli said "the line-up that we are going to introduce. It's known names and names that are not known."

"This has never happened before. So there is no template of what is going to happen on Saturday."


'Howling is not going to solve anything'
Bessie Tugwana, new SABC head of corporate affairs said accusations of "closed doors" are unfair "because last month we had an indaba with the musicians at the SABC."

"We said, come to us as a one voice, united voice, which was agreed. So we are waiting for that voice at SABC. So it's unfair that today we are accused of not opening our door. But besides that, anyone who knocks, who comes to the 27th floor, the office of the COO. He stops anything and listens to you. It's a fact," said Bessie Tugwana. "But can we as SABC, hear this one voice".

As the broadcast continued to become more and more awkward, angry musicians then started shouting and Palesa Chubisi struggled to maintain control. "Can I call for calm?" asked Tebogo Sethatho from the stage.

"Really, this is something to be a celebration mode. Not fighting. And there must also be an element of respect shown," said Palesa Chubisi.

"Who is celebrating?" asked another artist to loud applause. "We need inclusivity in this thing. The process must be transparency. We filled the busses to protect the 90%. But not the performances, that line-up has no-one who has been at the protection of the SABC. And SABC we have one voice."

Tebogo Sethatho said local musicians "shouldn't put sour grapes into this celebration" of the Thank You SABC Music Concert. "I am appealing for calm and howling is not going to solve anything. And as leaders sitting here we understand the concerns."
on 2:21:00 PM