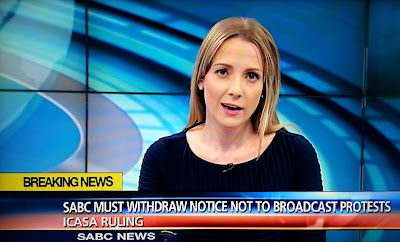 South Africa's broadcasting regulator, Icasa, on Monday afternoon announced a decision regarding the case brought before it regarding the SABC's censorship of protest visuals, with Icasa ordering the SABC to end its ban on showing the destruction of property during public protests.

The Independent Communications Authority of South Africa (Icasa) has ruled that the SABC must withdraw its decision to not air footage of violent protests.

In its ruling, Icasa found the SABC guilty of not only breaching the Broadcasting Act and its broadcasting licence conditions, but also the South African Constitution.

"The SABC resolution in the present matter amounts, at its core, to a categorical blocking of the public's right to information in conflict with the Broadcasting Act which places a duty on the SABC to keep the public informed in the public interest."

Icasa found the SABC "outside of its powers", saying: "Ultimately, one of the core values in terms of our Constitution is legality and the decision of the SABC did not comply with this central constitutional value."

"The public would be severely stilted in making real and informed choices about the governance of our democracy," Icasa said in its ruling.

Citing several Constitutional court rulings, Icasa said the "importance of the free flow of information has been widely acknowledged by our courts. A subject, as such, may never be blocked from SABC television and radio. South Africa is not, as in the apartheid era, a dictatorship."

The acting chairperson of the Independent Communications Authority of South Africa (Icasa), Rubben Mohlaloga, gave the SABC 7 days to respond to Icasa as to whether it will comply with the order to withdraw its unilateral decision to ban the broadcasting of property destruction during protests and to censor its TV news.

If the SABC fails to comply with the Icasa ruling, the South African public broadcaster could be fined or even lose its broadcasting licence.

Rubben Mohlaloga said "the SABC is directed to withdrawn its resolution 26 May 2016 which states that the SABC will no longer broadcast footage of destruction of public property during protests".

"The withdrawal must be done retrospectively from the date that the resolution was taken on 26 May 2016."

"Three, the chairperson of the SABC must confirm in writing to Icasa, within 7 days, that the resolution was indeed taken as ordered."

Ironically, SABC News (DStv 404) on Monday afternoon was first, to report Icasa's verdict, followed a few minutes later by ANN7 (DStv 405), and with eNCA (DStv 403) third and last almost 20 minutes later at 13:56 with its first on-screen scroll of the news. 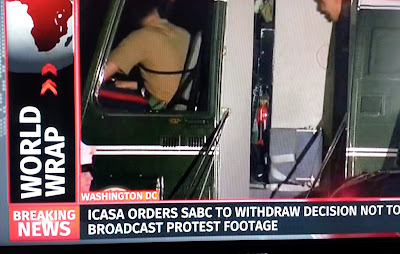 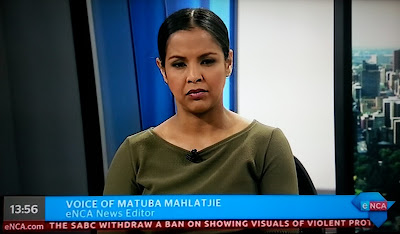