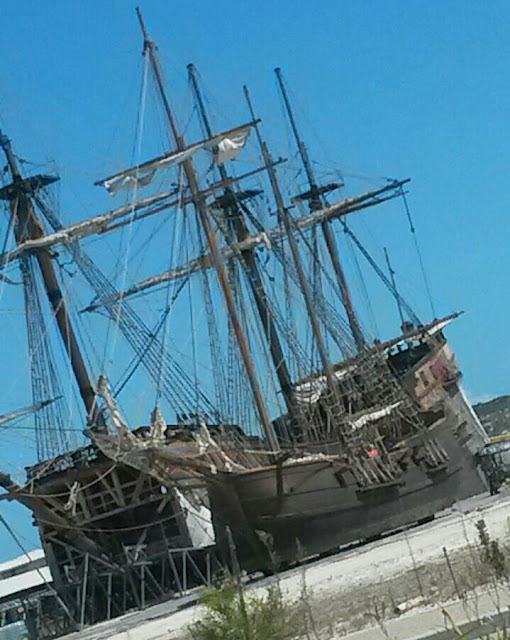 Fire engulfed Starz' Black Sails set at the Cape Town Film Studios, with the fire that apparently caused massive damage in which one of the Black Sails ships were destroyed.

The cause of the fire and the extend and value of the damage to the Black Sails production is not yet known.

The American Starz' pirate drama, broadcast in South Africa and Africa on A+E Networks UK's History (DStv 186) channel on MultiChoice's DStv satellite pay-TV platform is busy working on its 4th season at the Cape Town Film Studios next to the N2 in Faure close to Somerset-West.

The fire caused massive damage according to the City of Cape Town Fire and Rescue Services and Cape Town fire fighters battled for multiple hours on Thursday morning to bring the blaze under control.

In February fire threatened the Cape Town Film Studios that was raging in the dry reeds between the N2 and Baden Powell Drive. That blaze was contained. 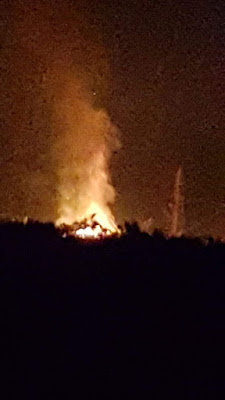 Cape Town Fire and Rescue Services tell TVwithThinus that they responded to the fire that caused massive damage at 00:40 this morning (Thursday).

"The fire involved one large movie prop and was extinguished at 03:13. No injuries were reported. The cause of the fire is still undetermined at this stage," says Fire and Rescue Services.


"One of the ships burnt out," Nico Dekker, CEO of Cape Town Film Studios tells TVwithThinus.

"The fire bridgade was on the scene very quickly and contained the fire and no further damage was done. Luckily nothing else was damaged but one of the ships you would see from the N2 was destroyed," he says.

Nina Heyns, the head of production for Black Sails in South Africa said she can't comment and that they're busy.

She declined comment when asked about the extent of the fire damage to the production, what ship was destroyed in the fire and how the production feels about what happened.

Nothing yet from Starz and A+E Networks UK about the Black Sails blaze.