SABC boss Hlaudi Motsoeneng doesn't like the words 'state capturing'; says 'I don't want to use this 'capturing'. I don't think it is a South African word'. 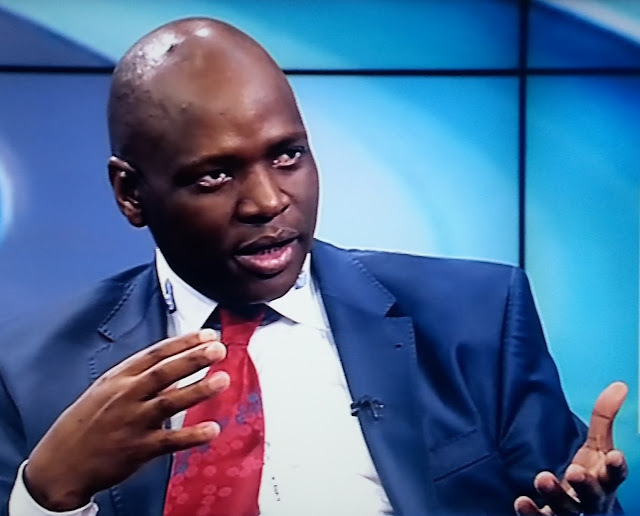 The SABC’s controversial boss Hlaudi Motsoeneng told the public broadcaster's head of news and acting CEO that he doesn't like the word "state capture".

At the latest SABC breakfast briefing on Wednesday broadcast on SABC2's Morning Live done in conjunction with the Gupta-owned newspaper The New Age in Johannesburg, Hlaudi Motsoeneng who is a perennial panelist, once again raised eyebrows with his comments.

The topic of the breakfast briefing discussion was "state capture".

The term that rose to prominence in the news the last few weeks following multiple allegations of impropriety around the influential Gupta family's political ties and business dealings with high-ranking current and former government officials and also implicating president Jacob Zuma.

"There is no way anyone can capture Hlaudi," said Hlaudi Motsoeneng who reportedly has close ties with president Zuma and who is embroiled in an ongoing and protracted court case regarding his appointment as chief operating officer (COO) at the SABC.

The Public Protector in February 2014 released a scathing report directly implicating the famously matricless Motsoeneng in several instances of maladministration .

The Public Protector's report said Hlaudi Motsoeneng showed "a lack of ethical conduct" and noted that he should never have been appointed at the SABC, that his appointment was irregular, and that he admitted in a recorded interview that he lied about having a matric certificate.

"I have my own ethics and morale. And I influence myself. I don't influence by other people," said Hlaudi Motsoeneng on Wednesday, who just returned from a business trip to India, to laughter at the breakfast briefing. "People know, Hlaudi is Hlaudi".

"When it comes to the Guptas, they have approached me several times looking for partnership. Like other business people. I said, 'no'. In this one, it's no".

"There's no way that anyone can capture. And when we decide on business, example, I don't decide whether it's Gupta; whether the son of the president is part. What we check is whether they meet the requirements".

'I don’t want to use this capturing'
Hlaudi Motsoeneng said he doesn't like the term "state capture", looking for where Jimi Matthews, the SABC's head of news and latest acting SABC CEO is.

"You see, Jimi …where are you now? I don't want to use this 'capturing'. I don’t think it is a South African word".

"People that I work with, they know, you can't influence me. What I'm just saying is people need to have ethics and morale."

"But you know, if you know your job, you won't be influenced by individuals. Because it is not a favour. You deserve. And if you deserve, you will stand for what you believe in," said Hlaudi Motsoeneng.

'Appreciate the ruling party'
"There is this view among certain people, white people, in this case, who believe that if you're a black man you can't run a big company. And we need to deal with these issues. And as long as you are a black man, you can't run the country. As long as you don't have those qualifications – because even black people they are now using qualifications. It's different babba," said Hlaudi Motsoeneng.

"If you are a leader, it's different from having the qualification and leading. Those are two different animals".

Hlaudi Motsoeneng said "people need to appreciate the role of the ruling party. And I'm not representing the ruling party but I take offense when someone criticise people who fought, including some of the liberations movement, PAC and others, they fought for this country."

Hlaudi Motsoeneng said: "I don't want to sit here where people are criticising the democratical people who are elected. And actually we should leave politicians to debate in parliament".
on 10:33:00 AM