BREAKING. M-Net grabs and adds brand-new After the Thrones companion show to M-Net Edge on DStv as a Game of Thrones after-show. 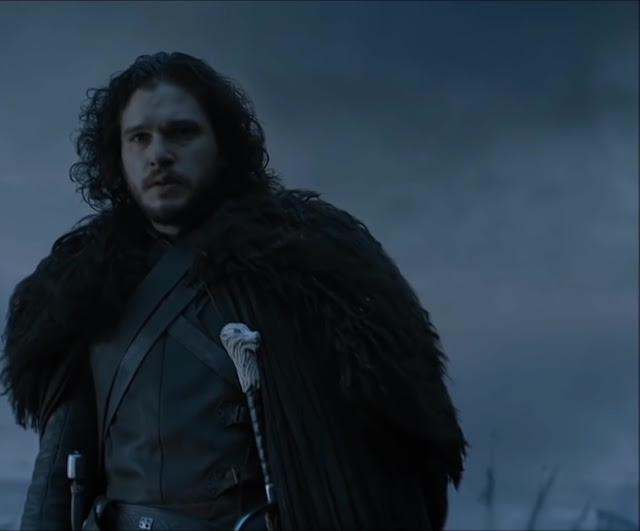 M-Net is set to make the world of Westeros and the TV world of South African Game of Thrones viewers even better by adding the brand-new after-show, After the Thrones, to M-Net Edge (DStv 102) exactly like in America when the 6th season starts on 25 April.

M-Net will announce later today that it has acquired, and will schedule, the brand-new companion Game of Thrones talk show, After the Thrones.

HBO is starting After the Thrones for the 6th season of its popular fantasy drama series that's enjoying global appeal with a rabid fan base.

After the Thrones will be a weekly half hour show, presented by Andy Greenwald and Chris Ryan.

The show will be taking a lively, humorous and sophisticated look at Game of Thrones, recapping the latest episode, explaining the who, what, when and where, while exploring the complicated politics and history of the story and speculating about upcoming events in future episodes.

Besides adding After the Thrones as a new companion show to Game of Thrones on M-Net Edge, the new weekly show will also be made available by MultiChoice on its DStv Catch Up service for DStv subscribers.

M-Net calls its M-Net Edge channel "the official home of HBO in South Africa" and by adding something like After the Thrones, M-Net signals and accomplishes two things.

Firstly M-Net executives show that they're serious about not just Game of Thrones as a prestige programming title, but also about M-Net Edge and building the channel out as a unique and distinct premium content destination on DStv.

The programming - something that would have been seen as "overkill" for a TV series even 5 years ago - now helps to enhance a channel like M-Net Edge where viewers realise they can go to for a "deep dive" and an extended, more immersive viewing experience around a specific property to dissect the smallest details of a story they're following.

Secondly M-Net executives, through slotting in After the Thrones directly after each week's Game of Thrones episode, are at the same time enhancing the show and the channel's so-called "stickiness" factor.

DStv subscribers who tune in to M-Net Edge for the fantasy drama's weekly episode will likely now stay tuned in for even longer and to the specific channel, resulting in higher ratings for a larger timeslot duration for M-Net Edge and DStv.

The 6th season premiere episode of Game of Thrones will start on Monday 25 April at 03:00 on M-Net Edge (DStv 102) as a simulcast broadcast at the same time as on HBO in America and episodes will then be broadcast during prime time on Thursdays from 28 April at 21:00.

MultiChoice is also making Game of Thrones episodes of the 6th season once again available instantly after broadcast on the DStv Catch Up service, similar to what it did for the 5th season.

Episodes of After the Thrones will start to roll out from 25 April in America, one day after each new Game of Thrones episode.

After the Thrones episodes will not be simulcast in South Africa but M-Net and MultiChoice will make the first episode available on DStv Catch Up from Tuesday 26 April already, just a day later.

After the Thrones will then be broadcast every Thursday night at 22:00, from 28 April, directly following Game of Thrones.

All other M-Net Edge programming on Thursday nights from 22:00 will move half an hour later.

These so-called "after-shows", like After the Thrones, are rapidly growing as a new TV trend.

TV channels and producers are realising that dedicated fans of hugely popular TV dramas will stick around to watch even more - especially when the episode that they've just seen is being discussed and analysed by like-minded people on a channel they're already tuned to.

While the Fox Networks Group for Africa failed to bring FOX viewers of The Walking Dead its popular after-show entitled Talking Dead, AMC added it to its own channel line-up for South African viewers from the start of the second season of the spin-off Fear The Walking Dead since Talking Dead covers both zombie dramas.

Other after-shows not seen in South Africa include Talking Saul (for Better Call Saul), Survivor Live following Survivor, Empire B-Side for Empire, After the Black following Orphan Black, and after-shows for The Bachelor, BET's The Wendy Williams Show and The Dirt following the Discovery Channel's Gold Rush.
on 7:06:00 AM